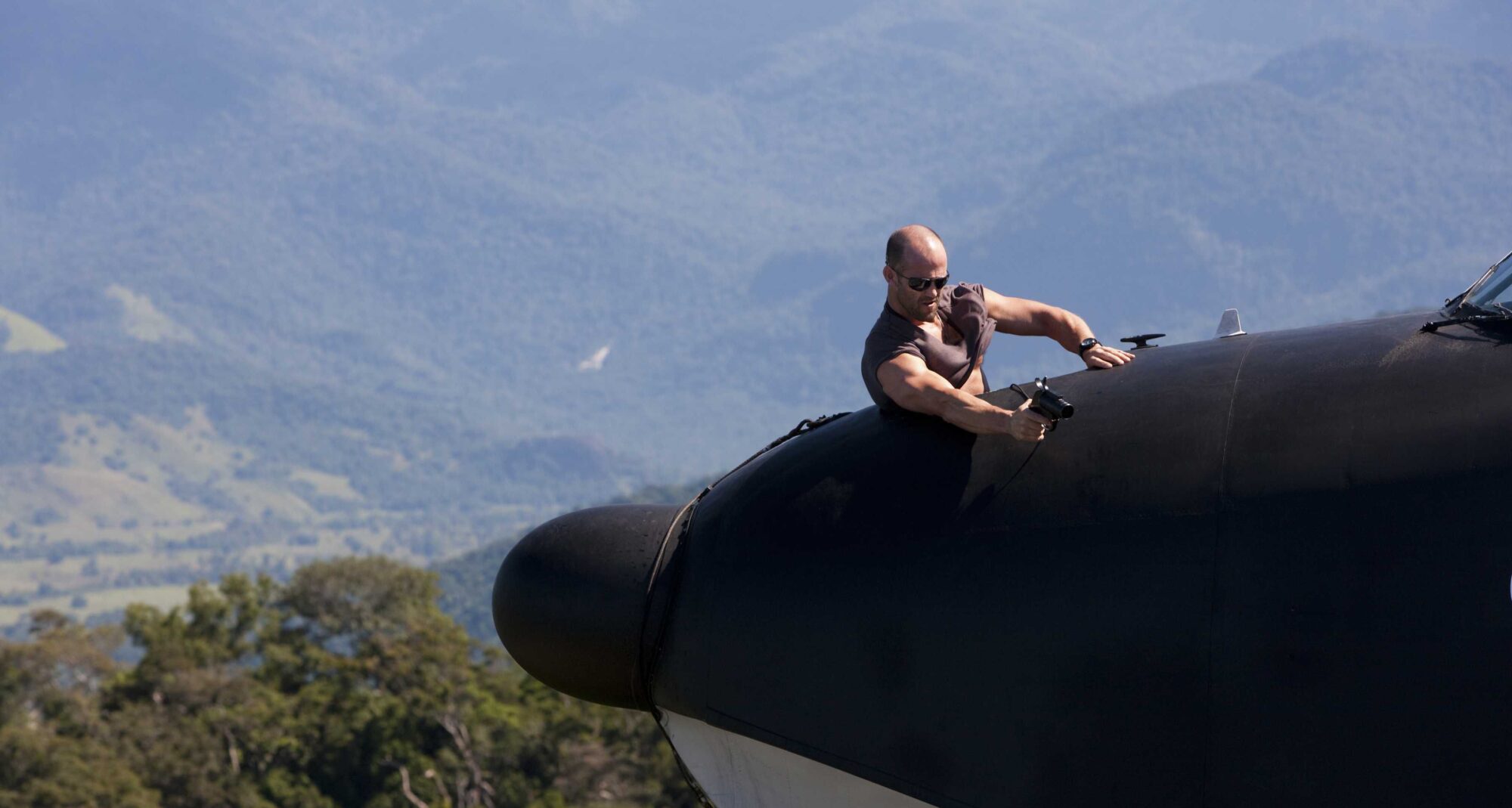 Sylvester Stallone’s The Expendables is the latest vanity project from the youth-obsessed multihyphenate, who directed, co-wrote, and stars in this film about Barney Ross, leader of a band of mercenaries tasked to overthrow a South American dictatorial regime at the behest of the C.I.A. (represented by a profanity-spewing agent played by Bruce Willis). And with its rote gunplay and geriatric-paced running time, it’s also the most boring action flick of the summer. Simply put, The Expendables is in dire need of less Rambo firepower and more of Rocky’s sweet-science finesse.

Surrounding Stallone is a star-studded, cast of he-men that includes Jason Statham as a blade expert, Jet Li as a hand-to-hand combat man, Dolph Lundgren as a drug-addicted sniper, Randy Couture as a demolitions specialist, Terry Crews as a long-barrel weapons expert, Steve Austin as the bodyguard of a rogue C.I.A. baddie (played by a kooky Eric Roberts), and Mickey Rourke as a tattoo artist and mission broker for the gang. For those of you keeping count, that’s a sum total of two actors trained in boxing, four with a background in martial arts, one former pro wrestler, and one former NFL player—so the flick’s head-scratching dearth of man-on-man action is simply unforgivable. (According to the press notes, even the lead actress, Giselle Itié, knows boxing and jiu jitsu—yet she never gets to throw a punch!)

In lieu of a flurry of left hooks and roundhouse kicks, we stay safely in Stallone’s comfort zone of shoot ‘em ups and shit getting blown up, alternated with laughably stilted dialogue and cringe-worthy male bonding. Indeed, the lack of chemistry between the cast members is what makes the underdeveloped script’s halfhearted stabs at emotion—Stallone, Rourke, and Statham all play toughies that are lovesick puppies at heart—fall flat. No one seems to be in the same movie, all spouting lines rather than listening and responding—save for Rourke, who knows the art of listening and can make even the crappiest dialogue bearable, and Statham, who’s practically Shakespearean in comparison to the rest. Stallone himself is glum and no fun. Unlike the Governator, who makes a winking cameo, he always took himself too seriously to be sexy. And the movie’s uneven tone, annoyingly soaring score, and slice-and-dice editing all seem about as natural as synthetic steroids.

Ironically, Stallone’s numerous scenes with skilled martial artist Statham (who, in his late 30s, is a relative spring chicken) only serve to remind us he can’t compete with the youngish guns anymore—though he wouldn’t have to if he gracefully tailored a film to his slower sixtysomething self. The movie’s one true exciting scene is wasted when a showdown between giant Lundgren and petite Li (in which, finally, some kick-ass martial arts are deployed) is cut short by trigger-happy Stallone. Alas, anyone can fire an AK-47. But to see a couple of older dudes still able to take each other to the mat—now that’s entertainment!

Lichman and Rizov “Live” at Grassroots Tavern: Season 5, Episode 3, “The Hardest Artfagass in All of Artland or Something”