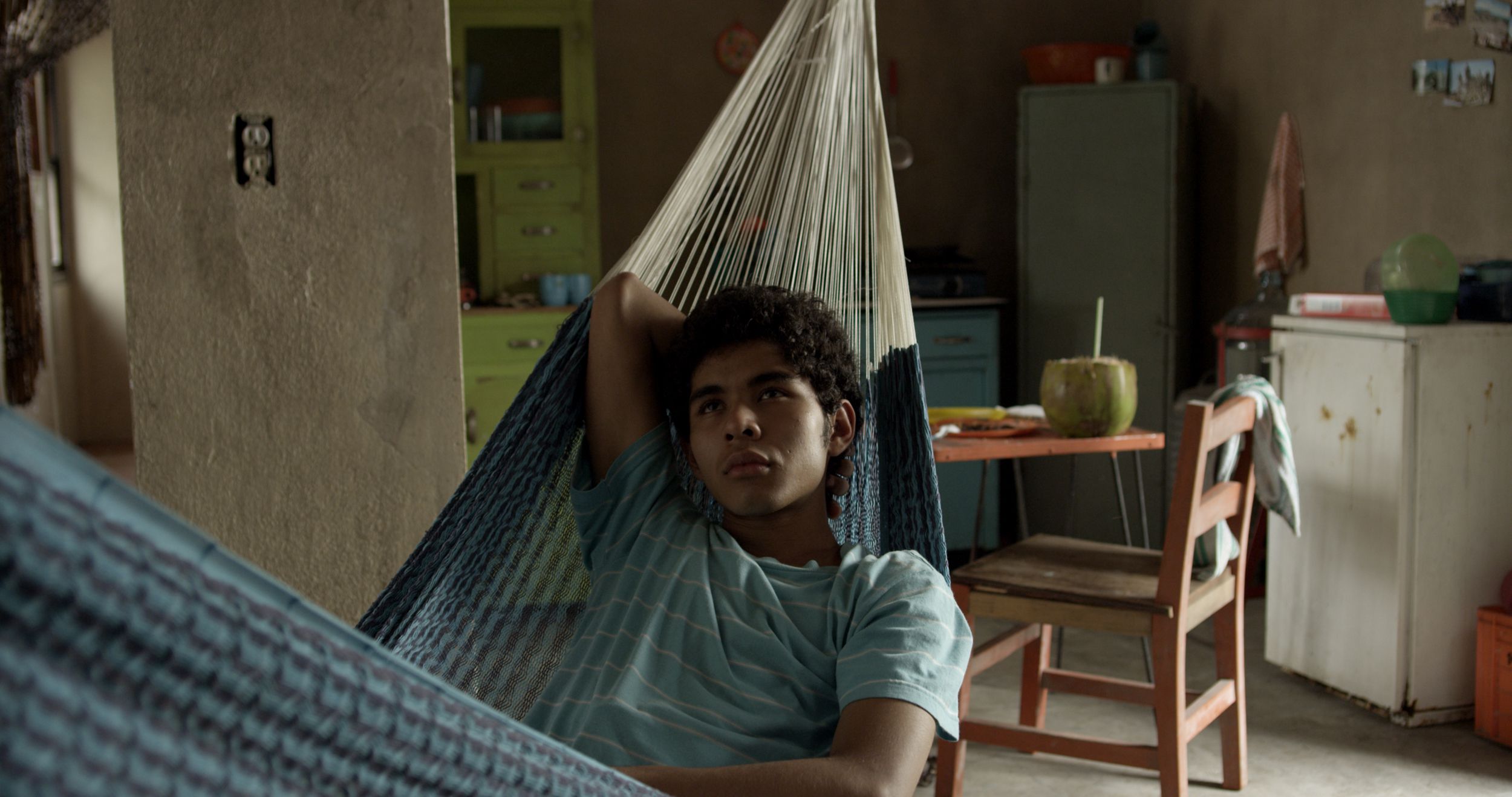 The Empty Hours is an unusually graceful telling of a familiar story of a May-December fling between a blossoming man and a somewhat older woman of some sexual experience and accompanying world-weariness. Sebastián (Kristyan Ferrer) is a 17-year-old who’s recruited by his uncle to oversee his rent-by-the-hour motel off the coast of Veracruz while he’s off attending to vaguely defined medical issues. It doesn’t look like such a bad deal, particularly for a person who’s just beginning to enter the fray of the adult world. With the exception of a handful of irritations, such as the struggle to find a competent maid, it’s clearly one of those summer jobs that allow the mind to wander for great expanses of time. The motel setting certainly encourages coming-of-age reverie, with its gorgeous beaches nearby and the hot illicit sex that’s reliably transpiring around the clock in the rooms. Like most motels of its kind, the uncle’s establishment is a place primarily for quick rounds of hungry impromptu lovemaking, and, of course, Sebastián eventually evolves from spectator to participant.

The filmmakers’ conception of Sebastián is The Empty Hours’s most commanding deviation from formula. He isn’t the fawning, naïve idealist that you might expect of a hero of a summer romance. Instead, Sebastián strikes you as a young man who’s seen some things, and he isn’t afraid to wield his authority at the motel with the skeleton crew that obviously takes him for a gullible pip squeak. He’s also strikingly unintimidated by Miranda (Adriana Paz), the beautiful woman who occasionally crashes at the motel with a married man. Or, perhaps more likely, Sebastián is shrewd enough to submerge those feelings of intimidation, and so he evades the hugest error a young man can make with an older woman who’s reached a point of fatigue with blowhards: He doesn’t underline his inexperience by pitifully playing up his experience.

Miranda’s a realtor who’s in town to sell condos that are moving slowly in a receding economic climate, which means that, like Sebastián, she’s a visitor at a way station who feels as if she’s been rendered an outsider in her own life. That’s the subtext that’s meant to encourage us to believe the couple’s brief union, but we don’t need it because the chemistry between Ferrer and Paz is intensely alive and erotic. You feel as if you’re watching uncomfortably privileged encounters between them, and there’s a brief gesture that ranks as one of the sexiest moments in recent movies. Sebastián moves in to kiss Miranda for the first time, and she initially reacts ambiguously, only to direct her eyes, with the slightest tilt, toward the curtain that will block their visibility from the outside of the motel.

Fernández’s plaintive, observational approach—his aesthetic openness—is cumulatively endearing. Filmed primarily in long wide and medium shots, The Empty Hours allows you to take in the entire setting and to spot the specific little quotidian quirks of motel life, such as a barrel in each room’s wall that enables a clerk to place goods into a room without entering it. The director’s patience also informs the eventual sex story with an oddly real dimension of grand casualness: We grasp the wonderful deviation from normalcy that it is for this couple to briefly hook up. Fernández captures one of the most heartening elements of sex: that it doesn’t always oblige our rules or expectations. It’s a practice, and an art, that abounds in undiscovered country.

Review: A Long Way Down