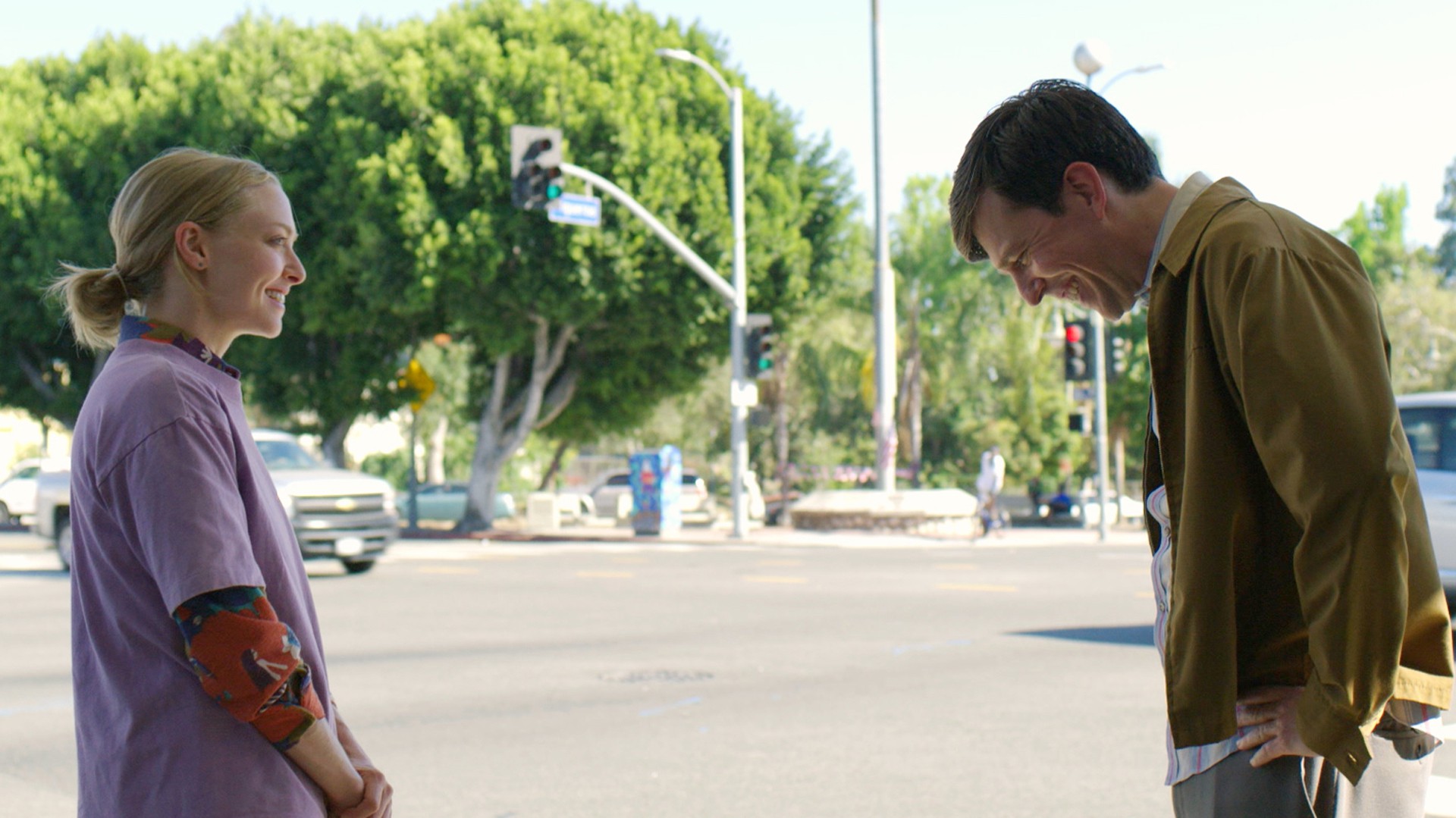 Judging by The Clapper, the two things writer-director Dito Montiel finds funniest in the world are dimwitted schmucks and the assholes who mock them. The film centers on the conflict between Eddie Krumble (Ed Helms), a professional infomercial audience member who falls into the former category, and Jayme Stillerman (Russell Peters), a late-night talk show host who’s firmly in the latter camp. After Stillerman notices that Eddie keeps popping up in tons of infomercials, he dubs him “The Clapper” and turns him into a running joke on his show. All the unwanted attention subsequently causes Eddie to lose his job and later his new girlfriend, Judy (Amanda Seyfried), a socially awkward gas station attendant who finds Eddie’s weirdness charming.

Montiel is ostensibly satirizing a mean-spirited media ecosystem that elevates random nobodies to the status of minor celebrities purely for the sake of ridicule, but his film’s sense of humor is practically indistinguishable from Stillerman’s own. Though it pretends to stick up for all the schmucks in the world, The Clapper is really just laughing along with the assholes.

At various points throughout the film, celebrities like Alan Thicke, Mark Cuban, and Rob Gronkowski pop in to dutifully insult Eddie and his blockheaded buddy, Chris (Tracy Morgan). These interactions exhibit little sense of self-parody; rather, they encourage us to find the mere idea of a famous person interacting with these eccentric simpletons to be intrinsically funny. When Stillerman contrives a plan to reunite Eddie and Judy live on air (via telephone), Montiel wants us to see it as a cynical ploy to put a heart-warming capper on the show’s long-running derision of Eddie, but how is this any different than the film itself, which tries to make us feel okay for laughing at this fringe-dwelling sadsack by giving us a rooting interest in his love life?

Worst, though, than The Clapper’s rather cruel comic disposition is how Montiel is practically allergic to wit, giving us lots of moronic blundering and apoplectic screaming in place of anything that resembles an actual joke. The filmmaker doesn’t seem to know how to shoot a natural conversation, as the film is full of weird, shapeless interactions in which everyone is just rambling. Helms’s lead performance is particularly strange, a remarkably off-putting piece of acting that consists largely of inexplicable facial contortions and off-kilter line readings that are disconnected from anything resembling normal human behavior. The Clapper hints at the psychological roots of Eddie’s peculiar personality, but in the end it isn’t at all interested in understanding the man. And that’s because it’s too busy making fun of him.