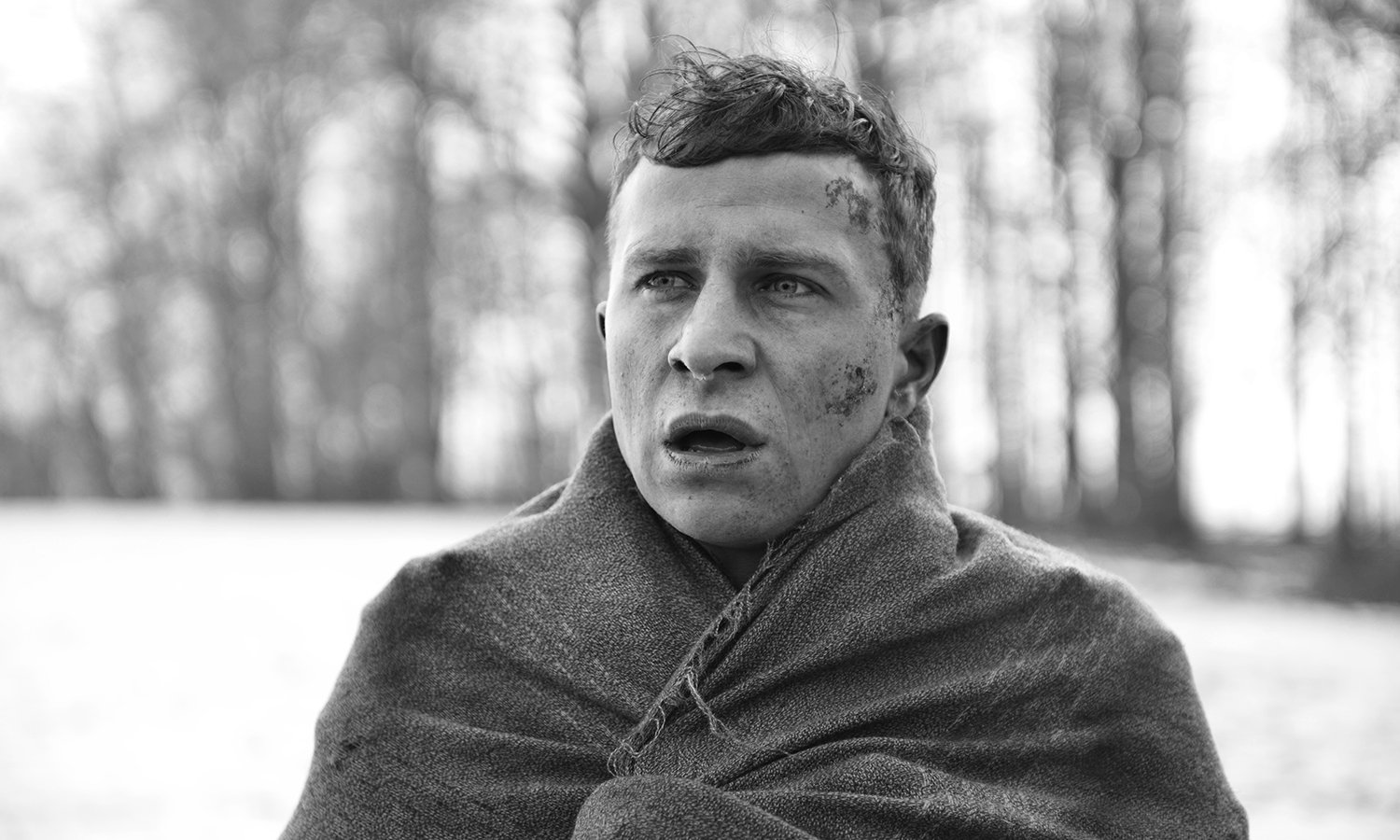 Robert Schwentke’s The Captain hinges on a macabre punchline, following the true-life exploits of Willi Herold (Max Hubacher), a German soldier who deserted his post in World War II only to turn the Nazi machinery of mindless obedience against itself. The film opens two weeks before the end of the war in 1945, with Germany in the midst of chaos, seemingly as concerned with prosecuting its own as it is with fighting the Allies. After a prolonged, harrowing, and nearly dialogue-free sequence in which he evades his pursuers by fleeing into the countryside, Herold luckily stumbles upon a Luftwaffe captain’s uniform in an abandoned military vehicle. Initially wearing the uniform for warmth, Herold subsequently uses it to impersonate a Nazi captain—a bold ruse that climaxes with his seizing control of Camp II, a prison camp for German deserters. There, Herold oversees the cold-blooded execution of men who should theoretically command his empathy.

The vagueness of the opening scenes initially serves Schwentke’s film, as the audience is instinctually encouraged to sympathize with a man on the run from the Nazis. We’re also encouraged by decades of genre filmmaking and writing to align ourselves with schemers. So it’s shocking when Herold shoots another deserter and looter point blank in the head so as to maintain his own lies. The moment serves as a bucket of cold water in the face, keying us in to the extent of Herold’s conviction in his new role.

But after his startling transformation from lamb to wolf, Herold remains a cipher throughout the film, exhibiting few emotional reactions, whether to his own audacious lies, his newfound esteem, or especially to the moral ramifications of his increasingly monstrous actions. His stasis as a character is pointed, intended to existentially emphasize humankind’s primordial capacity for selfishness and arbitrary cruelty, but this reduction also flatters audiences by playing into the cliché of the Nazi as an unfeeling monster. Herold is a derivative concept rather than a character, and so the film has nowhere to go apart from hammering one point over and over again: that the hunted are prevented only by superficial status from turning into the hunters.

The Captain emotionally and imaginatively crests when Herold and his platoon of ragtag soldiers reach Camp II, which is in the midst of crisis, as Schwentke renders the specifics of the Nazi regime in a manner that resists fashionable 20-20 hindsight and glib symbolism. Control of the prison camp is divided between the German military and the country’s justice department. Schütte (Bernd Hölscher) is the military’s top man at the camp, and he wishes to execute the prisoners without the court martial that he’s been awaiting for who knows how long, though Hansen (Waldemar Kobus), the leader of the camp’s internal prison wing, correctly recognizes this rallying as a threat to his own power. (It’s also tantalizingly suggested that Hansen has a moral objection to Herold’s flimflam, which strips Hitler’s fascism of even the illusion of protocol.) Schütte and Hansen aren’t comfortably evil Nazi cartoons, but recognizable everymen who have been conditioned by labyrinthine bureaucracy to reduce human atrocities to numbers and signifiers of personal status. Schwentke recognizes an irony that’s familiar of the Holocaust and other campaigns of evil: that such vast cruelties are composed of minute actions that are governed by an everyday desire to honor protocol, to commit evil the “right way.”

Schwentke doesn’t develop these scenes into a pervading satirical vision, as they’re the high point of a film that’s pleased with its own ghoulishness, especially in a climactic orgy of consumption that’s filmed with none of the self-involving passion or incrimination that marked the work of, say, Federico Fellini and Pier Paolo Pasolini. Schwentke often maintains a smug distance from his subject matter, staging scenes in a competently flat and incurious manner that conditions the audience to share Herold’s detachment. The black-and-white cinematography and stark framing encourage one to take history as a given, playing into our preconceptions of how the Holocaust is supposed to look as fostered by Steven Spielberg’s Schindler’s List and other films. In one fashion, Schwentke proves to be too complicit with his protagonist, regarding evil and human banality as stimulation—fodder for yet another prestige project that tells us things we think we already know.