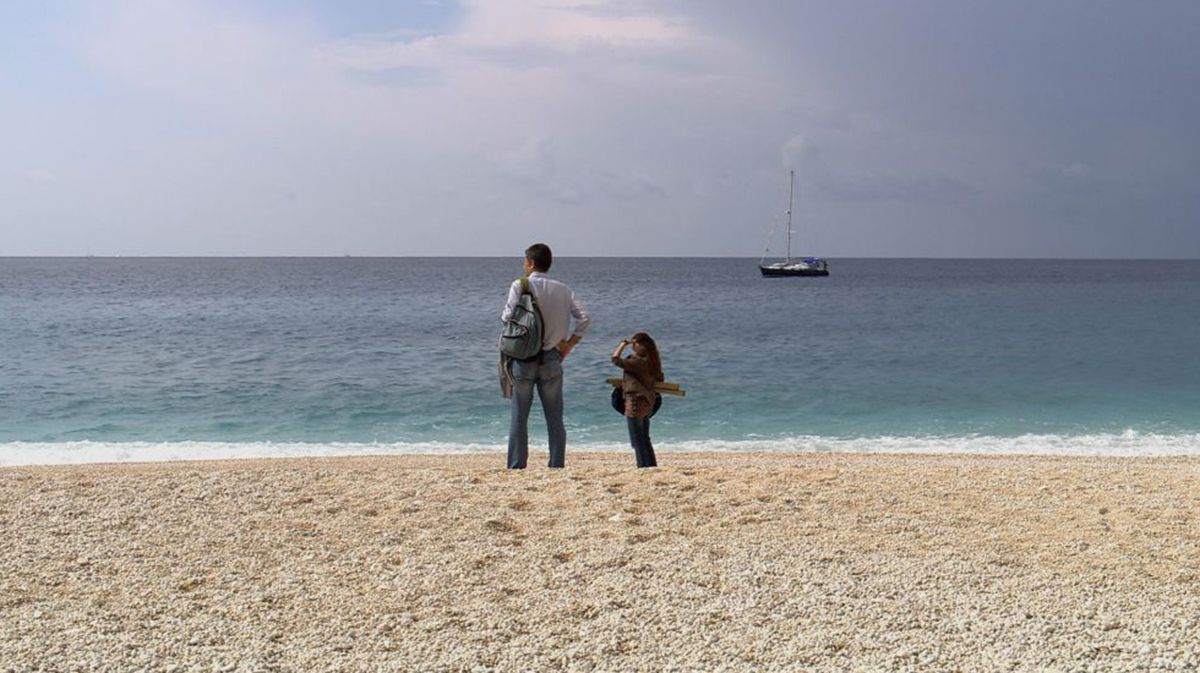 As its title implies, The Big Question investigates life’s most monumental spiritual issues, among them: Does God exist? Who is He to us? And why can’t He be a She? Inspired by Pier Paolo Pasolini’s Comizi d’amore and shot in 2003 on the southern Italian set of The Passion of the Christ, Alberto Molinari and Francesco Cabras’s gorgeously photographed documentary is more ponderous than the former and less brutal than the latter, offering up a collection of serene interviews about higher powers, the afterlife, and miracles with celebs Mel Gibson, Monica Bellucci, and a blood-drenched Jim Caviezel, as well as with other assorted actors, crew members, and scholarly production consultants. As in the specious What the Bleep Do We Know?, Molinari and Cabras don’t identify their on-screen speakers, though in this case such anonymity isn’t employed to disingenuously conceal dubious talking-head qualifications but, rather, to create an impartial playing field for disparate opinions. Allowing room for the alternately insightful and asinine ruminations of Christians, Muslims, Jews, and atheists, the film’s non-judgmental attitude also comes through its multicultural score and an arresting montage of human hands—some open and palm-up, some clasped together, many nervously twitching—that deftly conveys mankind’s various responses (acceptance, rejection, indifference) to the weighty topics being discussed. Evenhanded as it may generally be, The Big Question can’t avoid having the opinions of Gibson—the film’s most prominent and controversial participant—loom largest over its inquiry into the divine, especially once the star freely admits “I have some peace, which is good, because I can be insane” (a sentiment Passion detractors will surely concur with). And in their cursory presentation of virtually every point along the theological spectrum, Molinari and Cabras wind up with little more than a watery portrait of modern spirituality characterized by ersatz profundities like “We’re all looking for happiness” and “[God] is love without sex.” Still, the biggest question about the film remains: Whose bright idea was it to include all those excruciatingly pretentious allegorical interludes involving a countryside and ruins-roaming dog?

From the Short Stack: Ray Carney on John Cassavetes and The Method