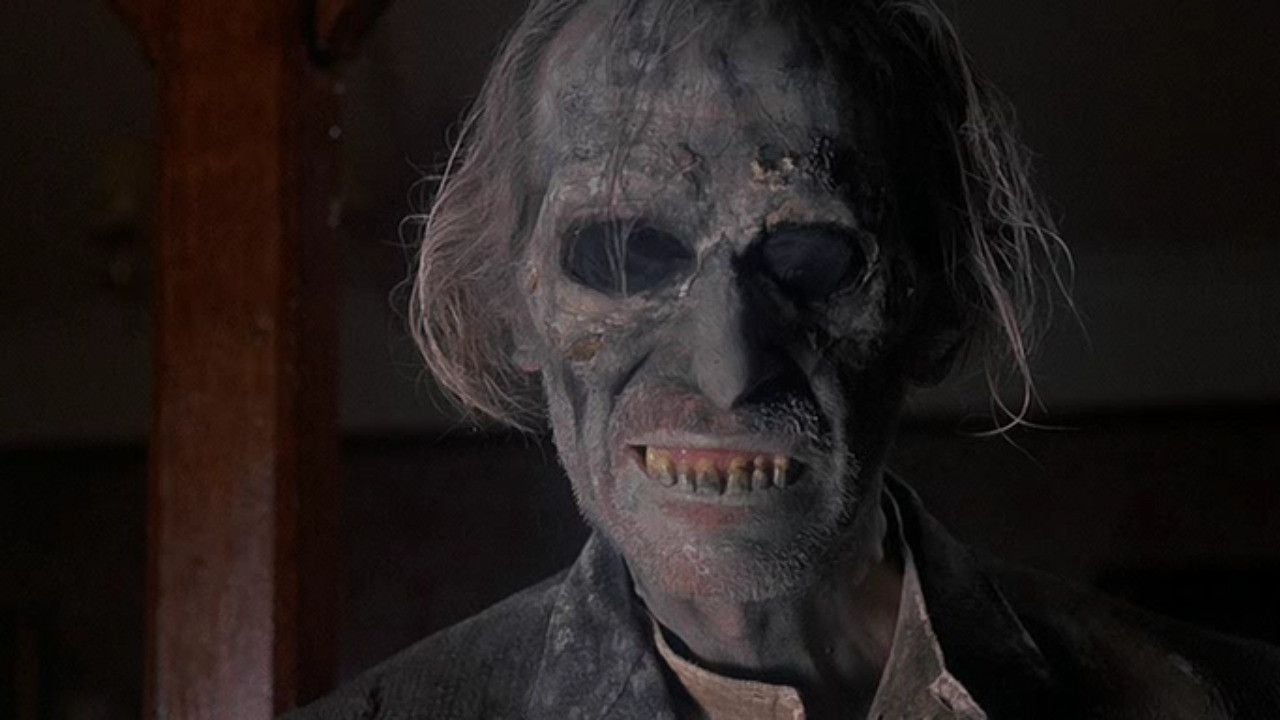 Jonathan Rosenbaum will occasionally defend Louis Feuillade’s serial Les Vampires with the odd observation that it provides a necessary glimpse at life in Paris circa turn of the century. Well, if he gets to use that as an argument, then I feel compelled to point out that Amicus studio’s blockbuster Tales from the Crypt is one of the seemingly atypical British horror films from that fertile late-‘60s/early-‘70s onslaught that doesn’t turn its sights on the 18th century, the gothic tradition or the backwoods of northern England, strewn with yellowing autumnal (in both senses of the word) leaves. Instead, director Freddie Francis focuses on the more subtly disconcerting milieu of your average, middle-class London suburb to serve as his backdrop for overstated horror, Roman Catholic retribution-style. (Though it’s worth noting that mustard and pus-hued yellows still play a prominent role in the cinematographer’s color wheel, only here they show up in the form of riotously gauche shag rugs and ill-advised, chafing tweed blouses. No one quite did the whole ‘70s look like the British.)

Though he’d been here before, with his previous anthology of horror shorts Dr. Terror’s House of Horrors, Francis’s masterstroke was in adapting the archetypically American suburban stories from William Gaines and Al Feldstein’s notorious EC horror comics of the 1950s as a mirror for the growing malaise (and festering middle-class resentment of the working class) of Sir Edward Heath-era Britain. Only one of the film’s uniformly strong segments, “Blind Alleys,” directly deals with economic despair. In it, the inhabitants of a run-down shelter house for the blind gradually comes to the grim realization that the military Major appointed as the new director of facilities appears to have been appointed by the government to effectively shut it down, as he cuts rations, heat, and keeps the residents cowering with his vicious wolf of a dog, measures that ultimately kill off one of the elderly blind men. In a classic EC turn of the tables, the men corner the Major, lock him up in a tight cellar closet and work together to build a hallway outside his door festooned with razor blades, their approach to industrial work as an act of social outrage almost presaging the impending anti-unionism of Margaret Thatcher.

Still, it’s not all gloomy Sunday school moralizing, because one of EC’s most lasting legacies is in the unforgiving dual nature of their bile against humanity. For with every O. Henry twist ending that puts each antihero in their place (and, make no mistake, the unbearable pathos “Poetic Justice” accumulates through Peter Cushing’s put-upon economic outcast, driven to suicide by his social-climbing next-door neighbors—clearly portrayed as a tired-but-rich gay sugar-daddy and his surly gigolo—provides a wind-up that would have even Sister Helen Prejean howling for bloody vengeance) is the sense that the rampant, intractable moralizing is, if anything, a loopy Kurtzman-esque parody of the cheap social judgmentalism so many have accused the Crypt comic books of pedaling. Which is probably why the conclusion of the wraparound segment, wherein the main characters of the five stories discover that they’re all locked away in the depths of a catacomb because, well, it’s the gateway to Hell, seems so goddamned funny in a No Exit sense, especially when Sir Ralph Richardson’s incarnation of the Crypt Keeper is held up against that animatronic bitch HBO used as a host. If I’ve managed to mistakenly sell the film as a series of dour morality plays, I guess that wouldn’t be too far off the mark. But at least the undercurrent of sternness is tempered by a truly bottomless roster of campy excess within the all-star (well, make that “all-ham”) cast, especially Patrick Magee, all clipped diction and carefully modulated burps and hiccups (“You eat meeeat…and drink wiiine?! While we get nothing but schlopp!”), playing blind as a bat and proving it too with his constantly grasping, outstretched arms.