In the month since the last Take Two column, a civic rift has formed in my semi-hometown of Baltimore that, to my mind, says everything that needs to be said about the city’s current identity. It was discovered that Denise Whiting, owner of the iconic Café Hon in Hampden, has in fact held the copyright to the even more iconic word “hon” since 1992. Click the link to get a whiff of the pre-Christmas protest that Hampden residents organized on 36th St. (better known as the “Avenue”), the neighborhood’s main drag over which the Café’s two-story foam flamingo looms like a kitsch Godzilla.

It so happens that my last apartment was near enough to Café Hon that our kitchen window looked down on its rear parking lot. The living room window, however, faced the intersection of Roland Avenue and 36th, where a Royal Farms sidewalk offered local drunks and addicts a stage for nightly freak-outs and blow-ups. This was a relative step up for my wife and me; we moved to Roland in December 2008 after a shooting took place at the bar across the street from our first place, also in Hampden. Only a few months before that, a parked white pickup truck erupted and burned to ash outside our bedroom in the middle of a Saturday night. In early 2009, a row house by the post office spontaneously combusted, singeing its two immediate neighbors and sending all five of the resident family’s children to the emergency room. The blaze was rumored to have started when the owner lit a cigarette near his stockpile of compressed air tanks. Apparently he was trying to build a cooling system on the cheap.

Not to make light of it, but this horrible tragedy could have been a scene from one of John Waters’s early movies, all of which take place in Hampden and showcase the neighborhood’s plastic lawn ornaments, rowhouses, and beehive’d Hons. The story in fact highlights the stubborn endurance of the early-Waters lifestyle in the neighborhood; the combination of fatal cheapness, stifling heat, and freak-show family dynamics are almost parodically Watersesque, and the air-tank hoarder (a fat guy and an obnoxious neighbor, according to my good friend who owns a house nearly adjacent to his) could of course be played by Divine, the obese transvestite who served as Waters’s early muse.

Hampden’s gentrification process has been slow, awkward, and vocally opposed by the neighborhood’s entrenched locals, but it’s happening, and the Café Hon is the Sauron’s Eye of this process—a living, towering symbol of a messier era’s transformation into cheekily named entrees (try the “Murlin’ Crab Cakes,” hon). But perhaps this process really began two decades ago, when Waters himself wrote and directed Hairspray, his first genuinely commercial film and his first period piece. It’s here that we first see unbridled, youthful affection for the Hon’s original era—the late ’50s and early ’60s—from a relatively sanitized remove. Divine, who was basically the mascot for Baltimore’s cultural underbelly, attains something like dignity here, as the mom of an overweight high schooler (Ricki Lake) who wants only to dance on the Top 40-minded Corny Collins Show.

Hairspray grossed a few million dollars and Café Hon was opened less than five years later; a decade after that, Hairspray was adapted for Broadway, and then the 2007 filmed version, starring John Travolta (in drag, playing the Divine role) and Christopher Walken, was released to great hoopla and approval in Baltimore. All the while, the early-Waters Hampden is being not-so-gently nudged out by boutique stores, microbrew-stocked bars, and newer, younger residents who might be reductively, if unavoidably, described as hipsters. And now certain people have the audacity to claim that “Hon” is sacrosanct. You almost feel bad for them, for their inability to see that the ship’s already sailed.

The original Hairspray is just funky and enthusiastic enough to make its ham-handed moral go down easy. (Here’s a movie that, in the late ’80s, has the courage to argue against racial segregation.) Waters, never a great storyteller or visual stylist, here displays some real competence in both areas. But mostly, he exhibits an abiding love of pre-Beatles rock ‘n’ roll, a sincere affection for societal castoffs, and a willingness to cast Debbie Harry, Jerry Stiller, and Sonny Bono in the same film, with cameos by Ric Ocasek and Pia Zadora. Who’s cynical enough to deny these qualities?

The new Hairspray film displays a real reverence for Waters’s vision, despite being two media transitions removed from it. Like any contemporary Broadway product (and any movie version of same), it has a bombastic, LOVE-ME-OR-ELSE tone that starts out invigorating and eventually becomes merely exhausting. But it’s also well-performed and particularly well-shot by frequent Abel Ferrara cinematographer Bojan Bazelli, who makes better use of widescreen than most DP’s bother to do nowadays; there’s always something going on in the corners and edges of his frame, and people are constantly reclining or stretching to fill it.

I’m not joyless enough to dwell on the small shortcomings in these films, both of which will satisfy anyone looking for a by-the-numbers underdog story with personality and good music. But somewhere between Waters’s improbable mainstream hit and his eventual enshrinement in the actual mainstream, there exists the story of one neighborhood’s irrevocable move away from itself. As I hope is clear, I do not mourn this transition; one person’s “local charm” is another person’s “white-trash shouting match outside my window at 2 a.m.” This historically white (in fact, historically bigoted), working-class enclave—wedged between the brownstone-rich Johns Hopkins corridor and the leafy, essentially suburban spread of Roland Park and Mt. Washington to the north—has basically gone from a John Waters movie to the film version of a musical based on a John Waters movie. Maybe the kitsch is a little more manufactured, but I’d still rather eat there now. 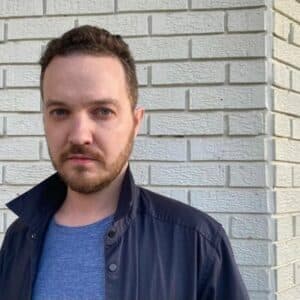