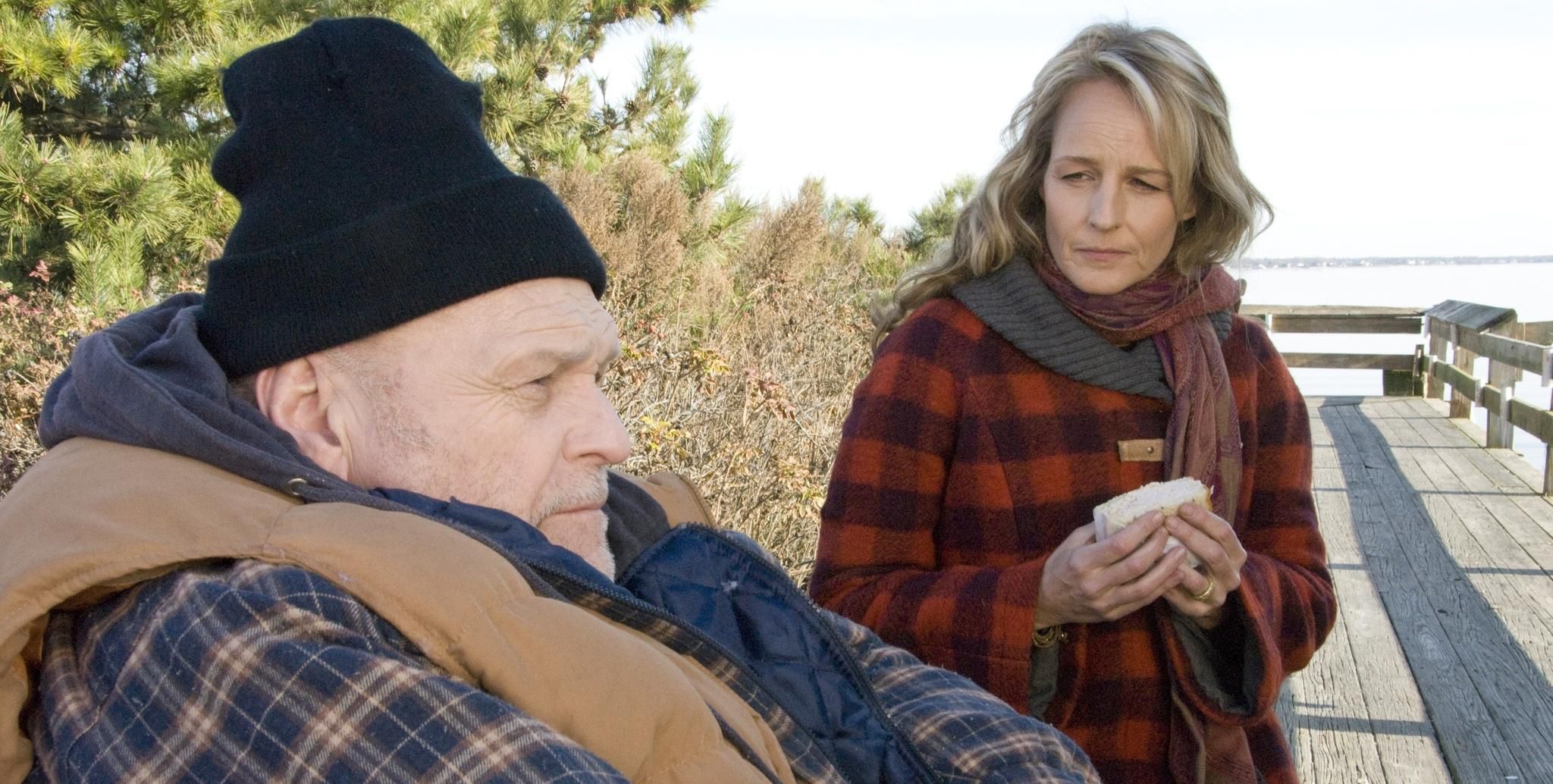 Miserablism runs rampant in Richard Levine’s debut feature, Every Day, a so-painful-it’s-funny comedy about the increasingly heavy pressures of modern-day middle-class existence. Family quarrels, job stresses, and pubescent burdens are the issues these characters spend ample silent moments suffering over, drilling a parents-as-buzz-kill motif into every scene. The film tries to approach such tired material from fresh angles, incorporating progressive nods to the complexities of teen homosexuality and the growing brutality of broadcast television. Still, all the ordinary problems of doubt, angst, and mortality are transparent elements, driving home the overly familiar conflicts that have been ubiquitous to both television and film for decades.

Omens of discontent appear immediately, with young Ethan (Skyler Fortgang) waking up his sleeping father Ned (Liev Schreiber) to ask him if “bad people are coming.” This patriarch’s unimpressive response is so muted even his trusting young son doesn’t fully believe him. It doesn’t help that the next day the boy’s distressed mother Jeannie (Helen Hunt) brings her elderly grouch of a father Ernie (Brian Dennehy) home after a near-death fall, a development that unveils all the hidden issues grinding this family to a halt. Throw in Ned’s increasing moral conundrums over writing scripts for a salacious Grey’s Anatomy-type show, a passive-aggressive battle with gay teenage son Jonah (the excellent Ezra Miller), and his building temptations concerning an attractive colleague Robin (Carla Gugino), and Every Day manages to casually hit issues on all sides of the social spectrum.

As the film’s title suggests, the constant reminders of failure and pain slowly erode the beauty of the small moments that make life worth living. But each character in Every Day telegraphs their intentions so clearly it’s impossible to see them as anything but hollow, simplistic representations of human problems. When Jeannie and Ernie discuss the merits of parental criticism, we know she’ll have to inevitably come to terms with this issue concerning her own husband and children. As Ned grows increasingly closer to the fast living Robin, we know he’ll have choose between the familiarity of suburbia and the free-wheeling indulgence of city life. Even Jonah, the most dynamic and interesting character in the film, is forced into a subplot concerning an aggressive older gay man that defines the sort of manipulation that his fearful father warns him about. It’s this sort of “I told you so” rationale that ends up sinking Every Day on all levels.

Levine was one of the minds behind Nip/Tuck, so it’s not surprising that his debut feature film is branded with the television medium’s worst impulses. Visually, the film is flat as a board, cutting out of the somber moments it should hold on (like when Ned embraces Jeannie in the film’s one honest moment of heartache), and highlights cliché interactions it could eliminate entirely (like the obvious moral lecture he gives his wacky producer boss played by Eddie Izzard). Talented actors like Schreiber and Dennehy wallow in scenes where they are asked to harness anger and pain, forced into submission by some outlandish notion that restrained suffering is far superior to honest expression. Helen Hunt’s performance, so mired in inaction you almost forget she’s even there, hints at a potentially fascinating woman haunted by the trauma of her brother’s death. Yet her Jeannie spends most of the film either cleaning up her father’s excrement or burning dinner, completely separate from the male universe constantly in motion around her.

By the end of Every Day, despite the potentially dire decisions of all involved, both family and innocence are allowed a safe passage into the future without any consequence. It seems cheating husbands, curmudgeon assholes, and weak women are able to easily transcend the ramifications of their brash actions. “It’s hard isn’t it? The whole parents, children, being married,” Jeannie tells Ned in the film’s final moments. The casual way he actually answers this question simply reinforces the sledgehammer tropes Every Day tries so hard to hide, a broad-side-of-the-barn approach that grows increasingly problematic as the characters expectedly learn more about themselves.