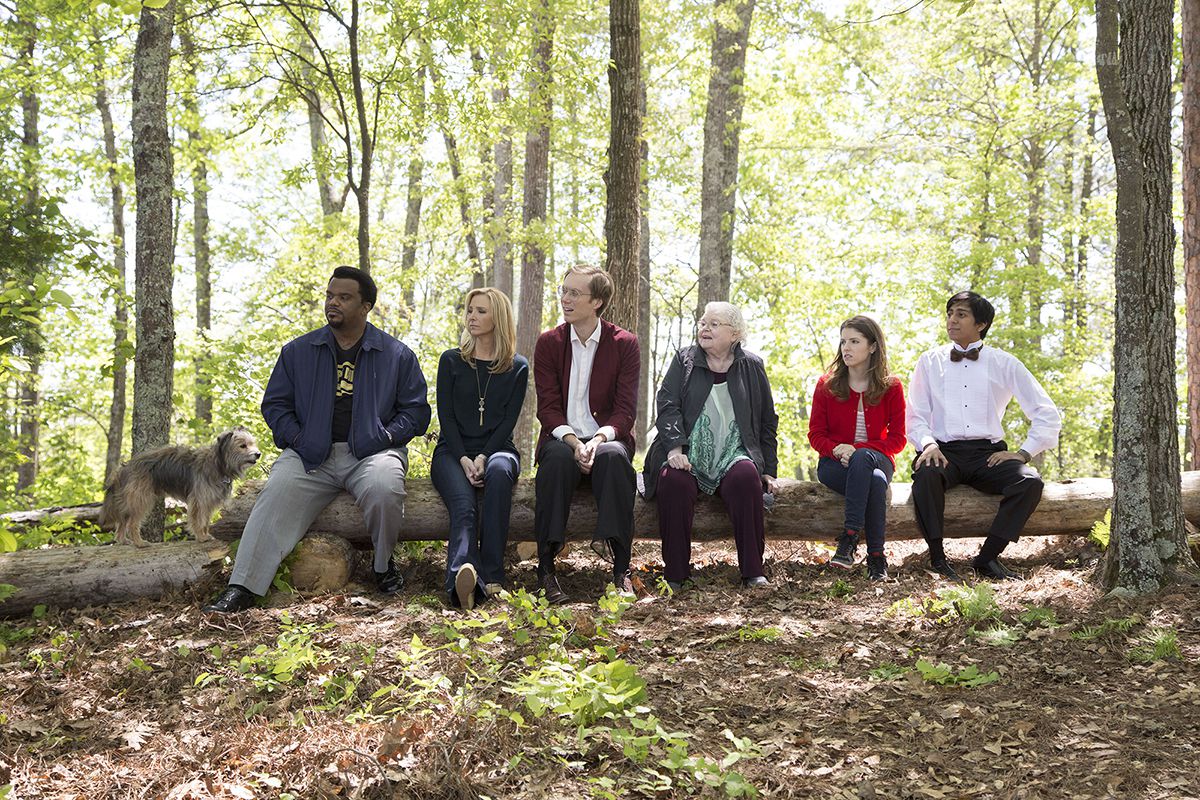 Terminally mild and unreasonably sloppy, Table 19 attempts to frame a romantic comedy like a murder mystery, gathering half a dozen outcasts at the losers’ table of a wedding reception and having them recognize and then avenge their lack of popularity. If your typical rom-com is about one or two protagonists learning to prune their hang-ups and idiosyncrasies in order to forge a life of compromise, writer-director Jeffrey Blitz’s film (expanding on a story by the Duplass brothers) devotes itself to tediously revealing why these six people have accepted these invitations in the first place.

It’s impossible to imagine anyone who isn’t planning a wedding finding this premise compelling, but Blitz manages to underserve it by largely robbing his characters of motivation and simple definition. They scarcely exist beyond rudimentary descriptions: Renzo (Tony Revolori) is an ethnic teenage virgin from the John Hughes playbook; Jo (June Squibb) was the bride’s first nanny; Walter (Stephen Merchant) is a convict pretending to be a businessman; Jerry and Bina (Craig Robinson and Lisa Kudrow) are unhappily married and own a diner. And then there’s Eloise (Anna Kendrick), who was once the maid of honor and the girlfriend of the bride’s brother, Teddy (Wyatt Russell). The early interactions at the table are dominated less by the film’s meek comedy than by Eloise’s hostility about her loss of social capital; strangely, her free fall from the bride-to-be’s graces remains unexplained.

Blitz directed Kendrick to a breakout role in Rocket Science, and his star, who feels like the living embodiment of a puckish rom-com heroine, appears eager to return the favor. Every nanosecond of this film offers Kendrick an opportunity for a slight shift in expression that suggests her character will follow through on her potential to become a jilted, scheming master of these post-nuptial ceremonies. Any hope for Eloise, though, deflates as quickly as the film’s tired jokes about SMS breakups, senior citizens smoking weed, and a character who’s inadvertently dressed like a waiter; she’s as intent to define herself as “crazy” and “ridiculous” as everyone else is, unintentionally giving the film’s over-the-top third act plot reveals an increasingly sour air.

Each of Table 19’s faint glimmers of grace are overwhelmed by elements of general spatial and narrative incompetence. Both Kudrow and Robinson give supremely mellow performances that are marred by lame screwball antics and a nonsensical adultery subplot, while the arcs of the table’s other denizens are either aborted or milked for icky sentiment. When it’s not full of confusing edits and lapses in continuity (probably a mistake for such a cheap production to set a long sequence at dusk), the film prides itself on using photography and sound design to illustrate how detached these outcasts are from the flow of the reception. This strategy works too well. What’s strange about Table 19 isn’t how basic this wedding seems or how poorly it sets up relationships between the losers at table 19 and those more involved in the ceremony, but how alien the film feels from such a universal social ritual.