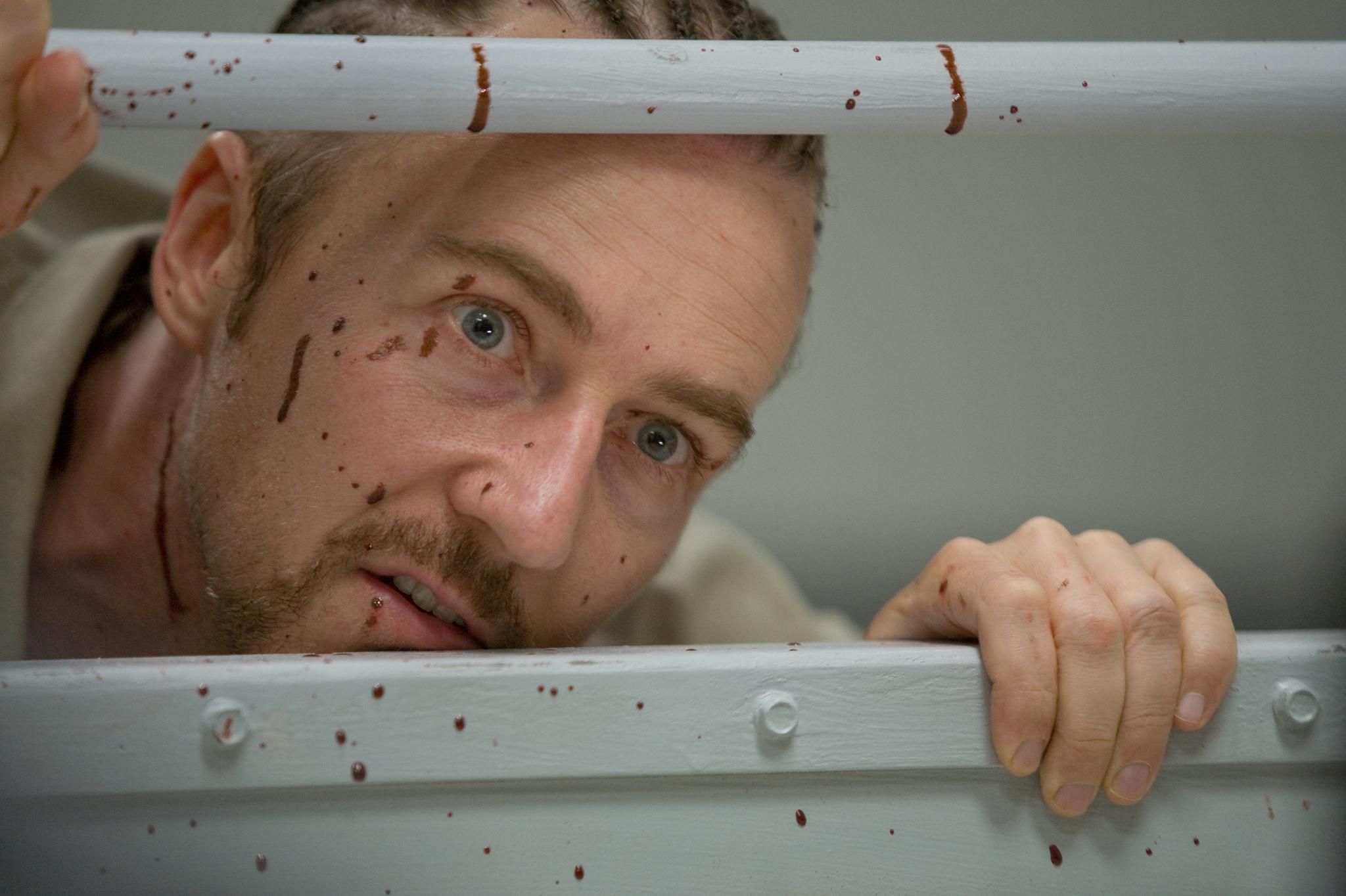 Collaborations between Robert De Niro and Edward Norton—one generation’s most respected actor paired with another’s most affected—seem doomed to be defined by acting with a capital A, the younger straining to prove himself a match to his legendary forebear. Stone, a staid drama with lofty pretensions, presents little more than this fruitless scenario, examining the divide between ethical uprightness and moral bankruptcy with dreary ponderousness.

The title refers to convicted arsonist Gerald Creeson (Norton), a.k.a. Stone, who’s gradually transformed into the film’s moral compass. Norton, armed with a prison jumpsuit, poor grammar, and white-trash cornrows, throws himself into a mannered performance, savoring the broad opportunities that this kind of actorly slumming allows. Pairing this kind of performance with the kinetic lunacy of current Pacino might have made for an entertaining mess, but De Niro, staying somewhat true to his method roots, has long crusted over into listlessness, finding variations on the same basic character in every role he takes on. His John Mabry is fundamentally the same person as Jack Byrnes from the Meet the Parents series, a gruff, unrepentant hardass, only played for tragedy instead of comedy.

Mabry is Stone’s caseworker, preparing an evaluation to be presented to the parole board. In the film’s reckoning, he’s the all-powerful judge who decides Stone’s fate. Of course, the judge-prisoner dynamic is not as basic as it initially seems. Mabry has dark secrets in his past—including an emotionally abused wife and a churchgoing lifestyle he clings to faithlessly, for strength and to keep up appearances. Desperate for freedom after eight years hard time, Stone recruits his wife, Loretta (Milla Jovovich), to muddy the moral waters, wheedling into the lines of propriety that divide the two men.

As phony of a creation as Stone may appear to be, he’s a fundamental figure in a film that’s at least honestly concerned with the issues it purports to discuss. It’s exploration of right and wrong isn’t especially illuminating, but it’s at least thoughtful and sophisticated, drawing a line between Stone, who eventually admits to feeling no guilt for his crime, and Mabry, whose offenses are legal but arguably just as wrong.

Unfortunately, there are a handful of lame conceits which distract from the smart film Stone is almost capable of becoming. Chatter from a Christian talk radio station constantly chimes in, functioning as a Greek chorus that may as well be a director’s commentary track. Stone’s character is made even more dumbly laughable through immersion into a crackpot religion based on sound waves, which turns him into a holy fool capable of ferreting out Mabry’s hidden weaknesses. Unsure of how to resolve itself, too resolutely American to end on any note of real ambiguity, Stone drags the increasingly ragged Mabry through several potential ending points, threatening violence and redemption and doom, before finally stumbling to a close.