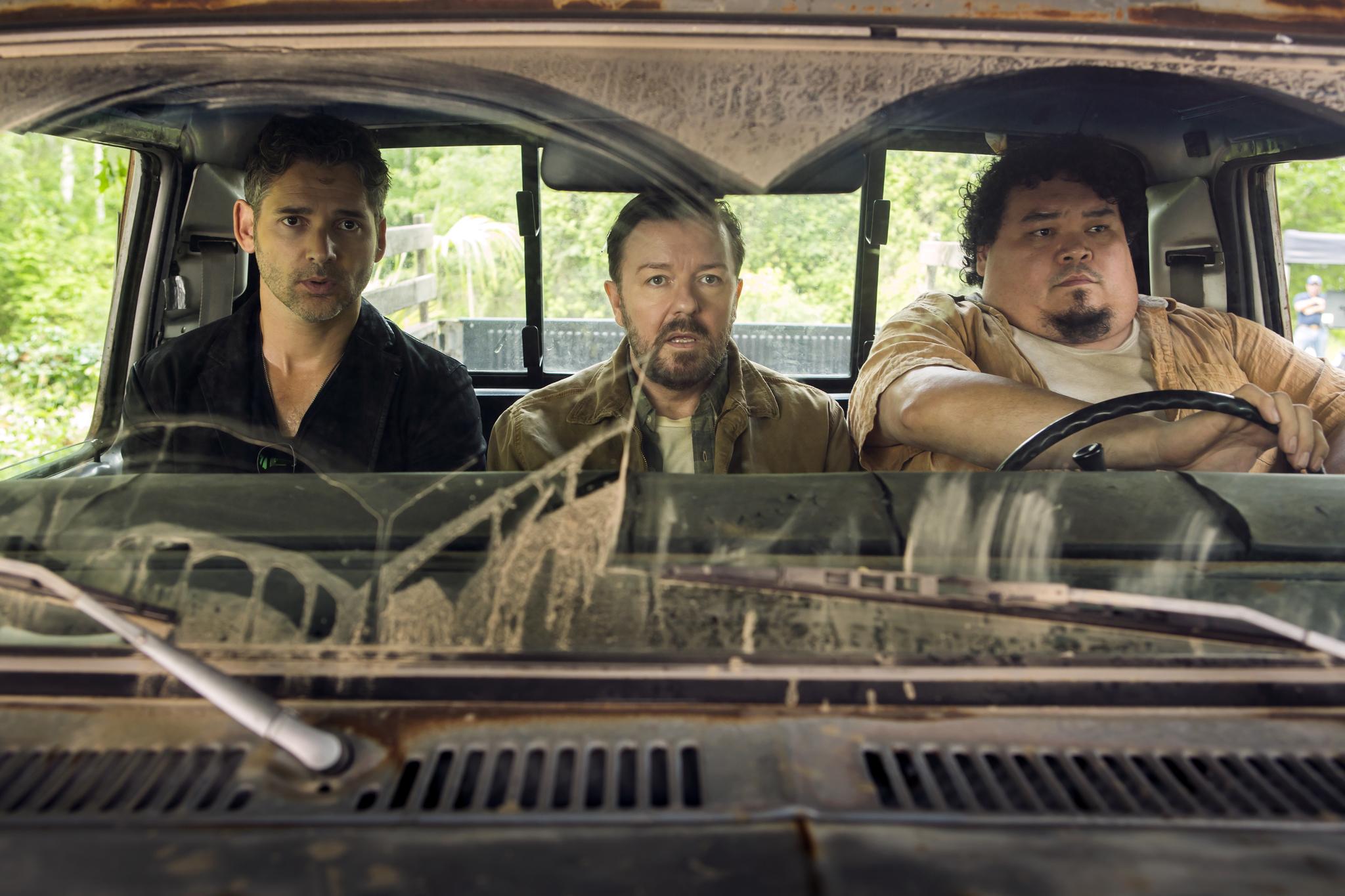 Watching Ricky Gervais’s Special Correspondents, it’s difficult to parse the intentional clichés from the unintentional, as one can’t always tell where the punchlines are supposed to be. When an angry manager (Kevin Pollak) at a New York newsradio station pulls aside his top journalist, Frank Bonneville (Eric Bana), and lectures him on his hotshot ways, claiming that his warnings are coming from “upstairs,” you’re reasonably sure that Gervais knows this scene is absurd and intends it as a parody of those moments when badass cops are chewed out by their bosses in 1980s and 1990s-era action films. But does the filmmaker realize that a parody of such an anachronistic moment is also anachronistic? And does Gervais understand that the very notion of a newsradio celebrity, particularly in the 21st century, is ludicrous?

If Gervais does, he doesn’t build any jokes around it. Frank’s studly cultural relevance is barely parodied or questioned. The narrative, such as it is, concerns Frank’s adventures with Ian Finch (Gervais), a sound technician, as they perpetuate an elaborate fraud to bilk the populace into believing that they were both kidnapped in Ecuador, when they’re actually drinking wine from a small café across the street from their office. The context for this scheme hardly matters. Gervais attempts to spoof how quickly lies morph into news, which launders hearsay into “truth.” This notion couldn’t be more relevant, but the filmmaker’s dramatization of it is pat and antiquated. Online news is never mentioned, as this is another film, like Nightcrawler, that appears to be set in a bizarre fusion of the present day and the mid-1980s.

Special Correspondents recalls films like Frank Capra’s Meet John Doe, another sentimental fantasy that offers itself up as a despairing reaction to the cynical, dog-eat-dog machinations of the news world, which it utilizes as a symbolic catch-all for mercenary city life. Capra’s film is cheesy and shameless, but it hits its targets with naïve ferocity. Special Correspondents hopscotches through a variety of premises, looking for jokes that never arrive. The viciousness for which Gervais is known on television, particularly in The Office and Extras, rarely surfaces in his work as a film director. Gervais probably feels that he needs to stretch as an artist, which is correct, but he reliably settles on maudlin shtick that’s situated around stock character growth: Frank learns to be less of a prick, Ian less of a patsy.

If Gervais intends to leave behind the theater of cruelty that forged his celebrity, then he appears to need to brush up on the tenets of cinematic comedy craftsmanship, namely pacing. In Special Correspondents, Gervais will spend minutes setting up a joke only to elide the actual zinger. When Frank and Ian go to Ecuador for real, we reasonably expect them to comically struggle to make a journey that’s been established as dangerous, though Gervais brushes over it with a montage. When Frank and Ian are kidnapped for real, we assume the truth of the situation will ping-pong off of their lies with ironic ingenuity, rather than to be resolved hastily for an uninspired ending. We’re always waiting for this film to turn into an actual farce, rather than a series of empty placeholders for scenes to be written or improvised later.