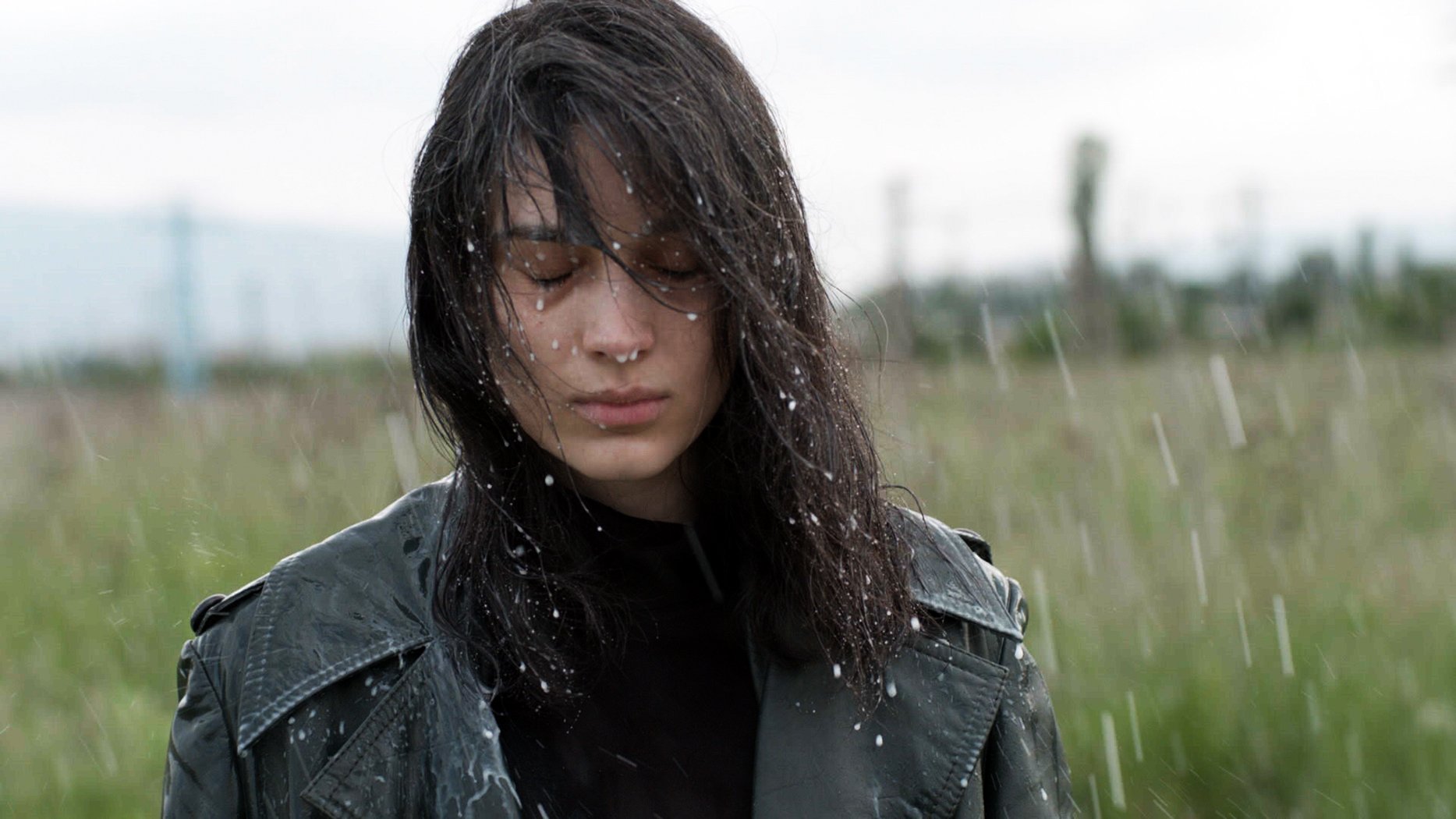 Writer-director Maya Vitkova’s Viktoria opens in 1979, 10 years before the fall of communism in Eastern Europe. After a montage of stock footage that establishes the global stakes of the time, with various prominent leaders denouncing the ideology as a persisting menace, Boryana (Irmena Chichikova) and Ivan (Dimo Dimov) are introduced having sex on their living-room couch, trying not to wake her mother, Dima (Mariana Krumova), who lies awake anyway, wandering the small apartment moments after the couple have finished. Ivan breathlessly mentions the possibility of a baby, which Boryana counters with contemptuous befuddlement.

It’s a curt and mysterious opening, effectively leading one to wonder how the macro of communism and its eventual collapse will inform the micro of this cramped and miserable family. That answer soon arrives: Boryana is a Bulgarian in love with the possibility of the Western world, soaking up its advertisements, in sync with its demonization of her own country’s politics. She longs to flee Bulgaria, first to Venice, then, presumably, to the United States. But Boryana gets pregnant, and the child lives despite her attempt to abort it, thwarting her dreams of travel. Rubbing salt in Boryana’s figurative wounds, her baby, Viktoria, is embraced by the government as the “baby of the decade” because it was miraculously born without an umbilical cord, a metaphor for the antagonistic fate of the mother and child’s relationship that politicians coopt as a sign of the country’s strength and resolution. Which is to say that Viktoria literally embodies everything that her mother hates.

Exacerbating matters further, we’ve learned already that Dima is a communist and that Ivan is an aspiring middle-class parent content to go along with status quo. Boryana feels like an alien in her own family, and her feelings of rejection comprise the meat of the film’s prickly emotional core. Vitkova and Chichikova don’t sentimentalize Boryana: She’s a bitter woman, closed-off from pleasure, suffering immensely, her facial features perpetually pinched in a blank scowl, who resents her family for souring, what? Her desire to leave her country? Boryana’s political leanings are so vaguely defined that her disenchantment from life purposefully has no stature; she scans as an irrational shrew clinging to revolution as a fantasy rather than reality.

This setup paves the way for a film that’s essentially two-and-a-half hours of Boryana rejecting her daughter time and time again, over a period of 15 years as communism eventually falls, vindicating Boryana’s desires while leaving her and her family financially stranded. As Viktoria ages, she’s played by Daria and Kalina Vitkova, respectively, with a defensive steeliness that segues into an openness that further complicates the audience’s desire to empathize with Boryana’s inability to connect or give to anyone, even those who feign sympathy for her revolutionary posturing.

Over the course of Viktoria’s running time, the filmmakers offer an ambitious variety of symbols, conceits, and juxtapositions that resonate intellectually, but not always emotionally—an alienation effect that’s designed to bring us closer to the characters, particularly Boryana, by ironically distancing us from them, so that we feel the same distance, from the film, that everyone on screen feels from one another. It’s the sort of concept that one admires in theory. In other words, the film is often remote and boring, though purposefully so, at the service of a thematic cause.

The film is ultimately stultifying because the disconnection between the various characters is so immediately accepted as such a foregone conclusion that nothing ever seems to be at stake, and the heavily horizontal imagery, though accomplished and evocative, if fussy, only evokes two states of mind: loneliness and disconnection. Even the film’s stop-and-start pacing affirms notions of separation and disharmony, as each scene exists unto itself. Viktoria is forever ending and starting, beating Boryana and Viktoria’s disenfranchisement into the ground with obsessive singlemindedness.

One senses that this material is personal (the film ends with a dedication to Vitkova’s mother), and there are wonderful, heartbreaking reverberations, such as the way that Boryana’s gazing upon a horizon rhymes later with Viktoria’s climbing of a tree; both women are lost, exhausted with pretending not to love the other. But one comes to feel trapped in this family’s cycle of despair. The characters are poignant but uninteresting. It’s clear that this film was made by a talented artist who wanted to be tough on herself and her subjects, digesting real pain by refusing to lean on the comfort of closure and platitude. But Vitkova hasn’t entirely found an alternative to these qualities, as her film floats out to sea, on a tide of resignation.