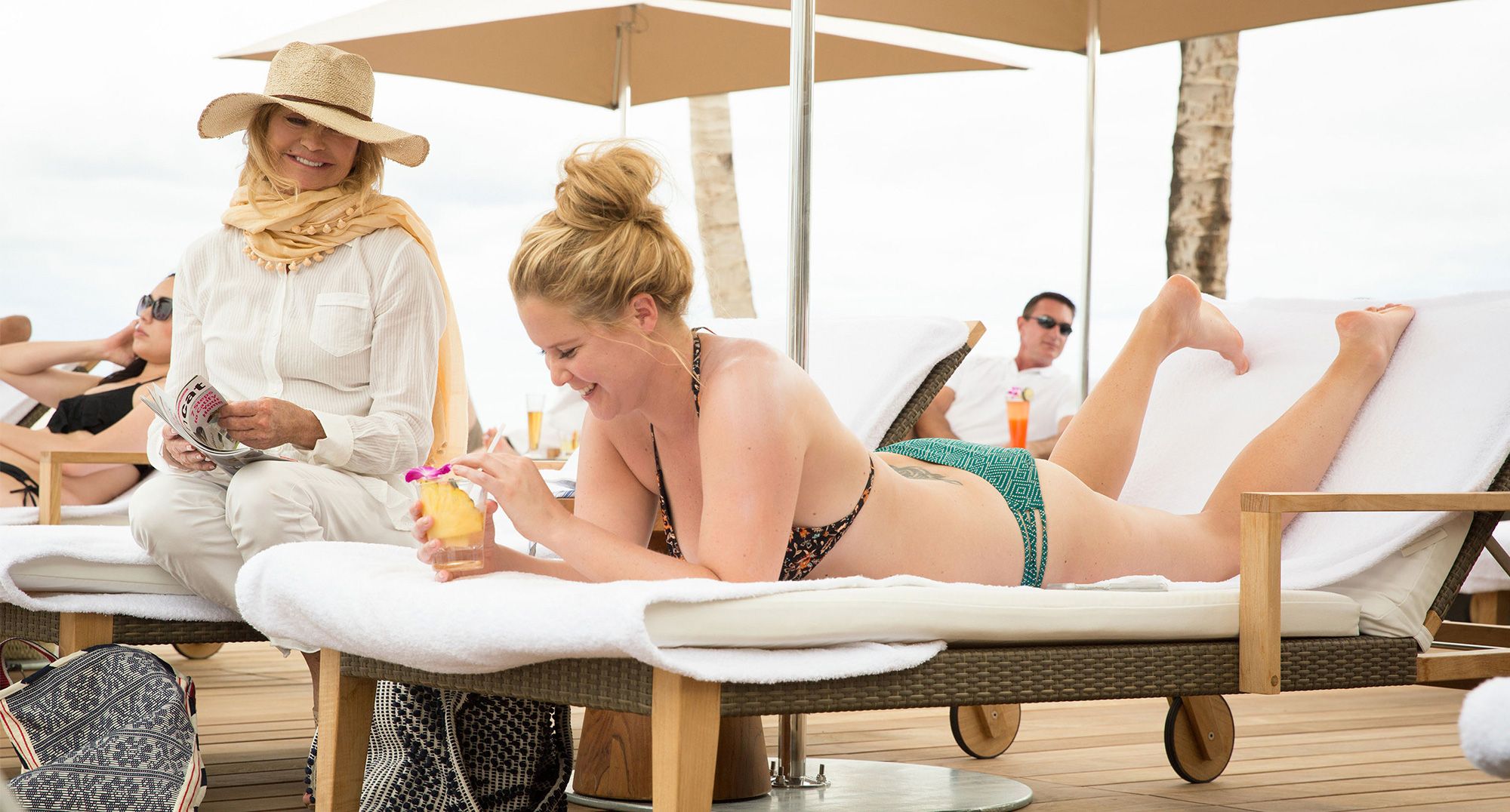 After 15 years of semi-retirement, Snatched marks Goldie Hawn’s return to the movies, and at first blush the project seems a natural comeback for the actress. Produced by Paul Feig and written by Katie Dippold, whose combined credits include some of the biggest female-centered comedies of the past few years, the film pairs Hawn with another golden-haired comedienne, Amy Schumer, whose lovably insouciant woman-child shtick suggests a slobbier, edgier update of Hawn’s bubbly baby-doll persona. It’s disappointing, then, that Snatched does little to showcase her considerable comedic talents.

As Linda, a straight-laced suburban mom on vacation in Ecuador with her boorish, hard-partying daughter, Emily (Schumer), Hawn is as loveable as ever, even as she’s unimaginatively positioned as the straight woman for Schumer’s heedless antics. Linda is conceived as little more than a generic tight-ass, and the mother-daughter relationship ostensibly at the film’s heart is largely reduced to tired jokes about how moms can be overprotective and don’t understand how to use Facebook. The filmmakers seem less interested in developing the comedic chemistry between their two stars than in giving Schumer ample opportunity for some lengthy Apatowian improv riffs.

By the 30-minute mark, Snatched seems as if it’s settling into being nothing more ambitious or interesting than a rough-hewn retread of Trainwreck. But then Linda and Emily are kidnapped, and the film begins to take a turn into surprisingly strange and dark territory, dispensing with any pretense of realism in favor of absurdist gags involving harpoon killings, monstrous tapeworms, and a cartoonishly rugged adventurer (Christopher Meloni) who seems to have stepped straight out of Romancing the Stone.

If the film never gets quite weird enough to really subvert its mainstream comedy formula, its gradual embrace of the bizarre at least keeps things interesting. So, too, does the film’s supporting cast, particularly Ike Barinholtz as Emily’s loser-nerd brother Jeffrey and Bashir Salahuddin as the perpetually irritated state department bureaucrat Jeffrey pesters over the phone. In just a few scenes, they develop what Hawn and Schumer never really manage: an off-kilter comedic chemistry that’s funny and robust.

It’s not surprising that even in a film set in Latin America it’s the white actors who’re front and center, but it’s dismaying how comfortable the filmmakers are in treating the film’s few Ecaudorian and Colombian characters as mere props for violent gags. Dippold and Levine are smart enough to winkingly call attention to some of their own racial stereotyping, but they’re never quite clever enough to turn a critical eye on their protagonists or to interrogate the cultural assumptions embedded in their own white-women-in-peril narrative.