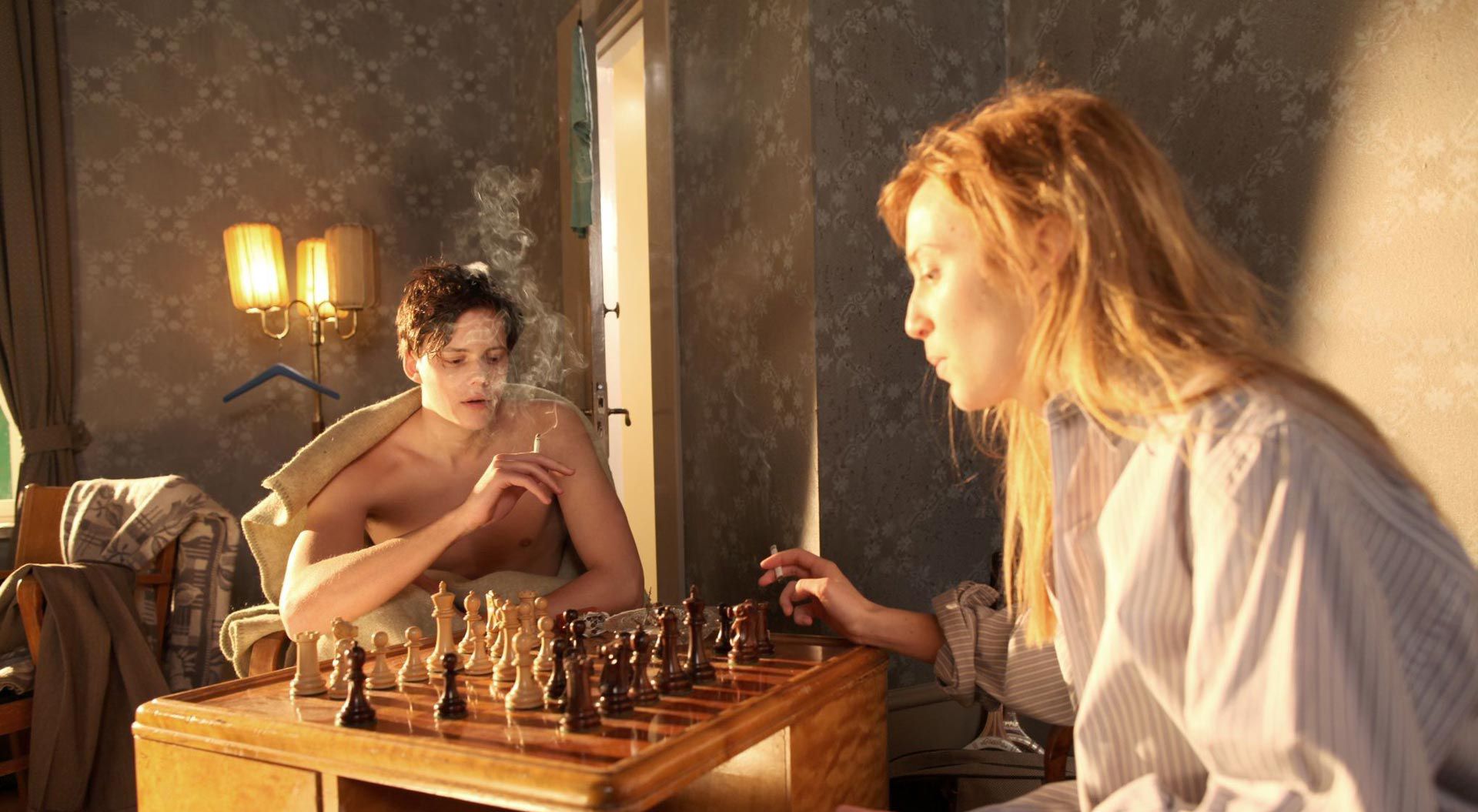 Lisa Ohlin’s Simon and the Oaks is a coming-of-age story that follows a Swedish country boy with erudite sensibilities growing up in political and domestic turmoil during World War II. We may, in fact, say that instead of growing up, Simon (Jonatan S. Wächter) grows sideways, to use Kathryn Bond Stockton’s concept of growth stunted by a child’s unconventional modes of being in the world, forcing him to head elsewhere. His father wants him to learn woodwork and have friends, but all Simon wants to do is retreat into his room and read books, dream of owning a gramophone, and bond with the big oak tree in his backyard. When he meets a bullied Jewish boy at school, Isak (Karl Martin Eriksson), the connection is instant, and their families soon begin to amalgamate as Simon develops a strong relationship with Isak’s rich father and his intellectual tastes and Isak bonds with Simon’s father and his love for carpentry. The mothers do what they can to get a piece of their sons’ affection, both somatizing their unmet emotional needs into a different illness (Simon’s mother’s stroke, Izak’s mother’s succumbing to an unspecified mental condition that keeps her in a hospital for years).

The film, whose cinematography and score are both impeccable, is at its best when it lingers on intimacy and the characters’ incompetency to manage it: a desperate, and desperately repressed, exchange of glances between Simon and his mother; a muffled sob; a regret gone unspoken; the erotic tension between the young boys that goes nowhere. But Simon and the Oaks is often too busy telling a war story spanning decades, one which cinema has told a thousand times (some scenes feel like less organic articulations of sequences from Louis Malle’s Au Revoir les Enfants), to devote its attention to the much more compelling and delicate story of a boy with simultaneously too many fathers and none at all. There’s an unnecessary subplot that brings to mind the story of Anne Frank, and plenty of focus is put on the world of the adults, with not enough lingering on the lives of the young. Extremely powerful scenes, such as when Simon attends his first classical concerto and is overwhelmed by its immersive and synesthetic power, quickly give way to the filmmakers’ need to fast-forward through time so we can get to Simon as an adult (brilliantly played by Bill Skarsgård), when he will have sex for the first time with a Jewish girl who, since she was abused by the Nazis, will consequently get off on being beaten during sex (a direct causality almost as cringe-inducing as Adrian Lyne’s cinematic reasoning for Humbert’s “obsession” with a young girl in the first scenes of his Lolita remake).

There is, however, an unabashedly emotional register toward which Simon and the Oaks takes refuge after taking the pseudo-factuality of history seriously. This is a place of liminality that almost veers toward gimmicky sentimentality, but never without triggering you to muffle your own sobs. The film ultimately establishes a sort of love polygon in which everyone’s desires are thwarted in the name of the father—a father who’s always missing, or dead, or inadequate, or a fraud, or only available through proxy (a violin, a big tree, a stranger), a father who’s always elsewhere. I’m not sure there’s a more undeniable universality.

Review: War of the Buttons