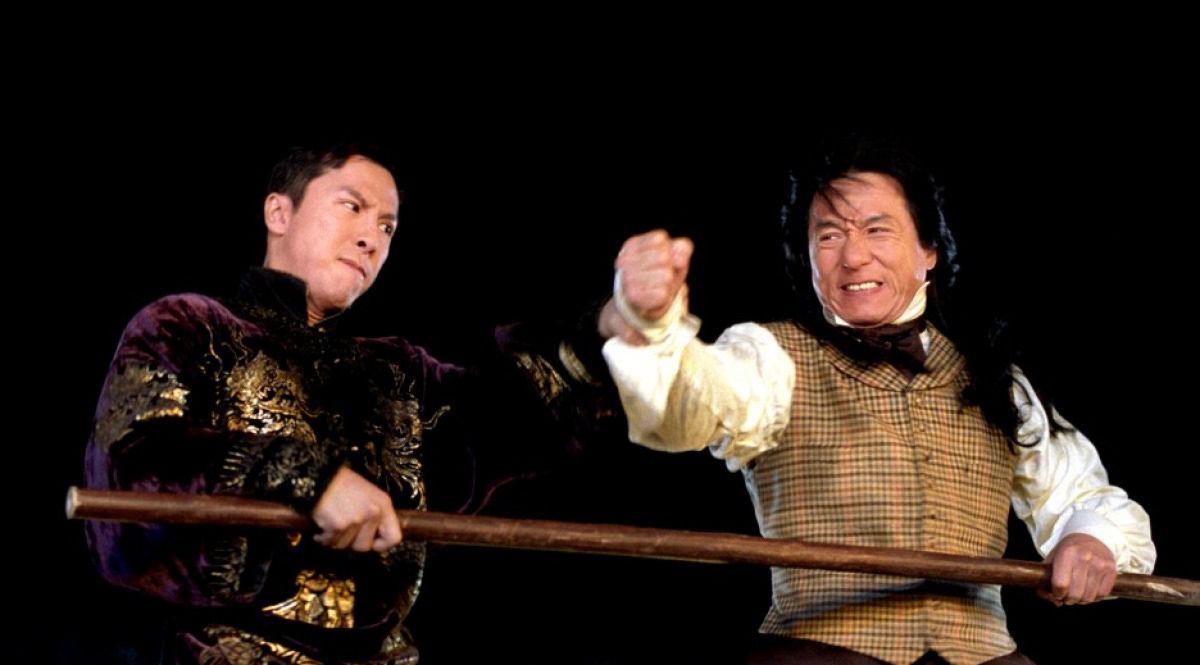 The paper-thin plot of Shanghai Knights follows Chon “John Wayne” Wang (Jackie Chan) and his sidekick, Roy O’Bannon (Owen Wilson), to England where they search for the man who killed Chon’s estranged father. With the help of Chon’s sister, Lin (Fanne Wong), they uncover a plot to destroy the British royal family by the sinister Rathbone (Aidan Gillen). The film is a virtual masterpiece by Rush Hour standards, insofar as the humor derived from its ethnic buddy pairing is equal opportunity and deliriously old-fashioned. Helping matters is the 1887 setting, though that still doesn’t excuse why Roy continues to talk like he’s about to catch a wave or why a British street urchin is referred to as the Little Tramp.

Shanghai Knights features some of Chan’s most impressive moves of late, namely in a battle with British police inside a revolving door and a fight sequence that tips its hat to Singin’ in the Rain. A modicum of empowerment has been afforded to the film’s token femme fatale, but Wilson’s jokes still work on a success ratio of one to 20. Chan fares considerably better tearing things apart, but even though his character is clearly defined as Roy’s superior, he still has to play the surfer dude’s little bitch. Hollywood has yet to realize that Chan’s stellar fighting abilities entitle him to something more than Gilligan status and ultimately allow his character to negate one of the film’s opening lines: “You Chinese are very progressive.”