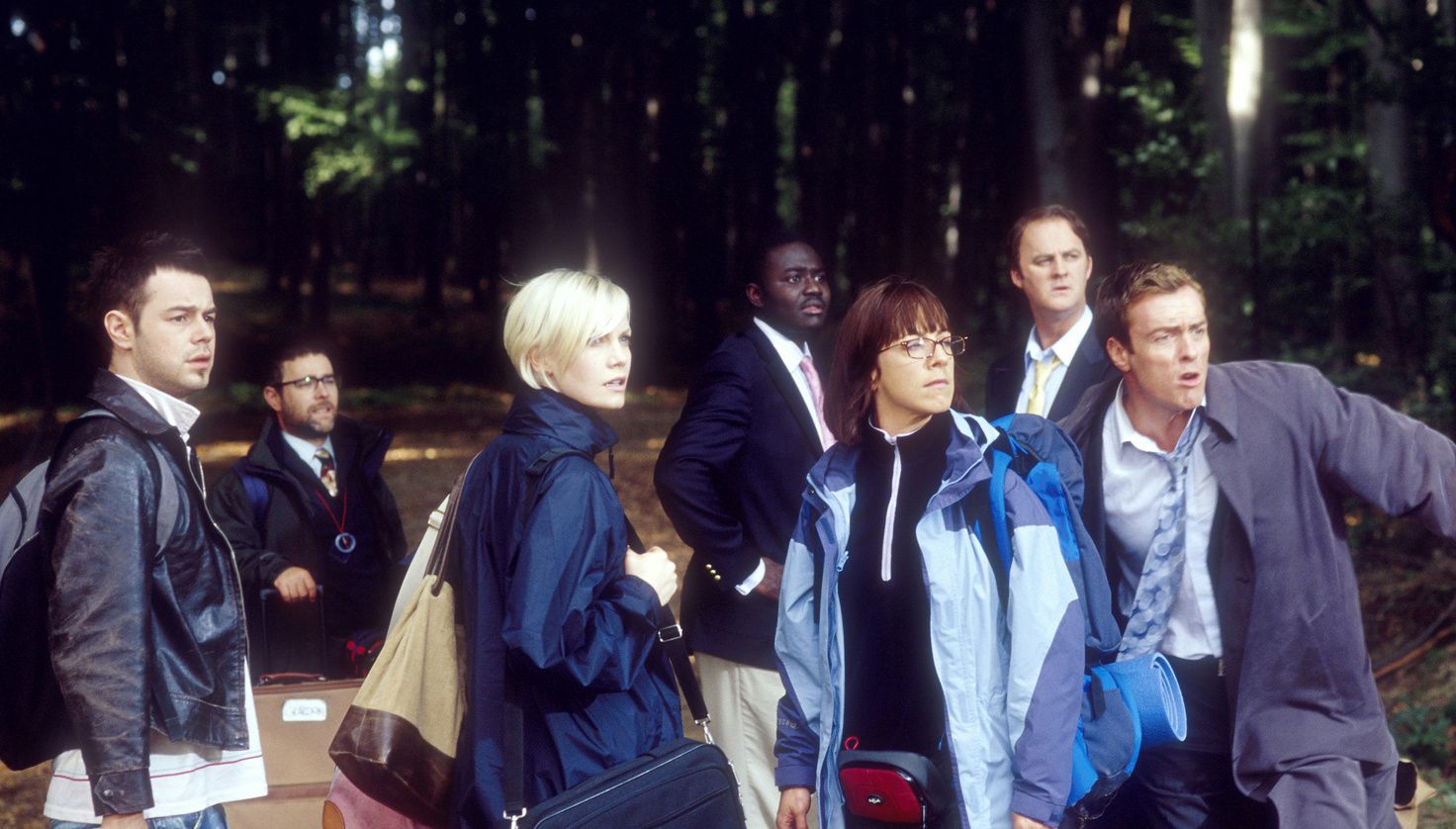 Blending humor and terror far less successfully than Simon Pegg’s amusing (if overrated) Shaun of the Dead, Christopher Smith’s Severance has the unfortunate pedigree of being dubbed (by its maker, no less) as a cross between The Office and Deliverance—a superficial, inapt comparison that doesn’t extend beyond the fact that the film’s protagonists are co-workers who find themselves in dire straits out in the menacing Hungarian backwoods. Juggling yucks and scares with all the dexterity of a drunken clown performing acrobatics on a sagging trampoline, Smith’s follow-up to the forgettable Creep follows the unbearable employees of global arms dealer Palisade Defence as their team-building weekend at a remote lodge is ruined by psycho Eastern European commandos—possibly sadistic Serbian war criminals, or escaped asylum inmates—who want revenge against the firm for crimes left annoyingly unspecified.

Like the camera rotation on the shot of a blood-drenched face that concludes the bravura opening sequence, Smith’s preoccupation is with turning conventions on their head, a goal carried out by embellishing an archetypal urban-idiots-in-the-scary-wild scenario with self-conscious winks to the audience. Yet because its witty sequences (spooky stories visualized as silent movies, a severed leg in a mini-refrigerator) aren’t funny in the least, and because those moments confirm that the film doesn’t take itself seriously, it’s nearly impossible to be anything other than bored by its rote, from-the-killer’s-POV attempts at suspense. Nonetheless, at least Severance’s lame jokes are fully formed, something that can’t be said about its political critique, which so sketchily and lazily eviscerates weapons dealers (by forcing them to take what their lethal products dish out) that it mainly exposes another target in dire need of contemptuous ridicule: filmmakers of comedy-horror eyesores like this.

Arms Open Wide, and How. Fishing with David Lynch.