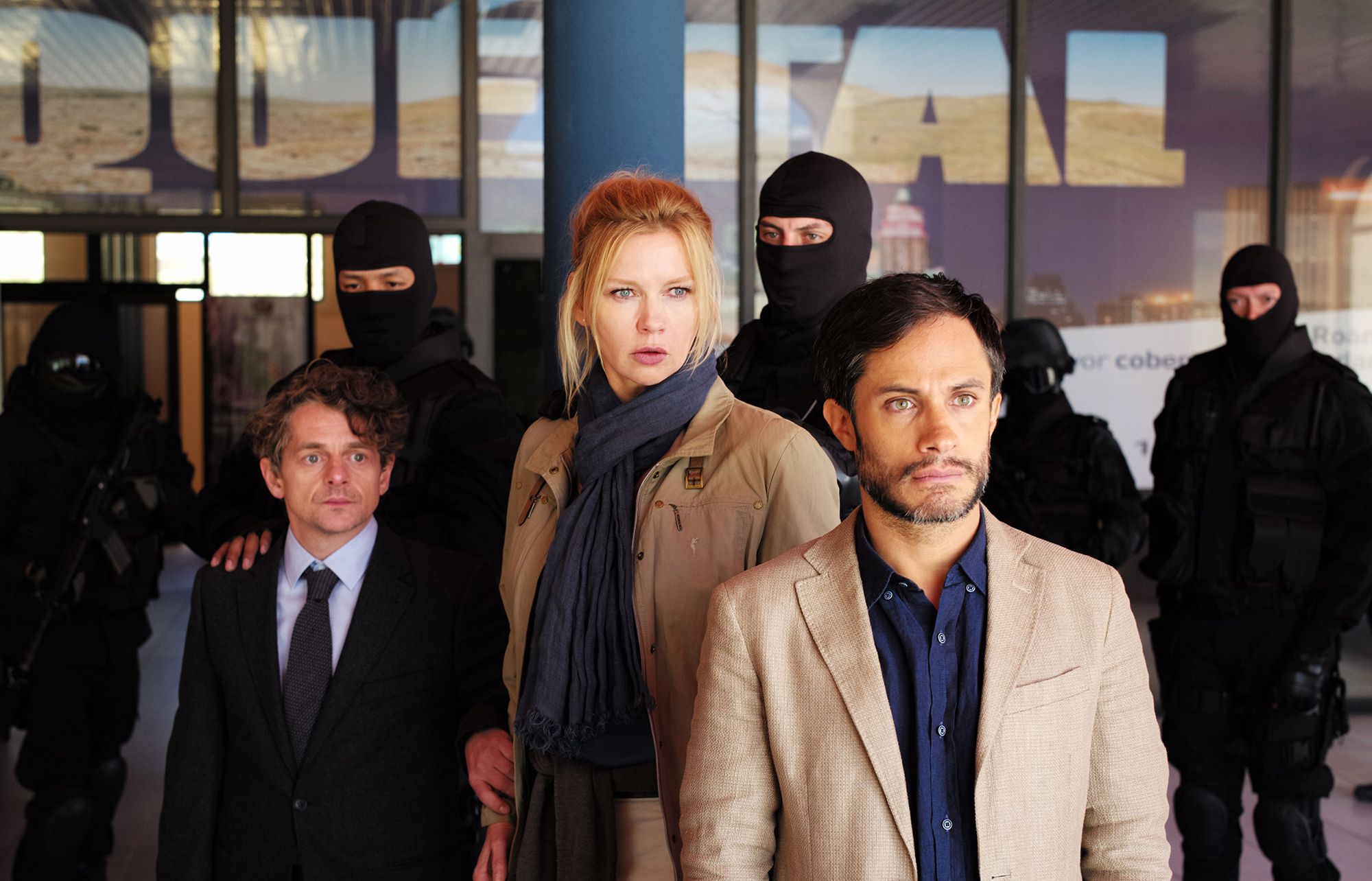 Werner Herzog’s Salt and Fire exudes the same cozy in-joke insularity as My Son, My Son, What Have Ye Done? and Bad Lieutenant: Port of Call New Orleans, which all suggest that the filmmaker is simultaneously parodying and straight-facedly emulating a lesser Herzog impersonator. Salt and Fire’s narrative begins promisingly, with a scientist, Laura (Veronica Ferres), who’s called in by the United Nations with her colleague, Fabio Cavani (Gael García Bernal), to study the menace of El Diablo Blanco, a looming, man-made ecological disaster somewhere in South America. Before they can reach their destination, though, Laura and her company are taken hostage by the CEO of a vast consortium, Matt Riley (Michael Shannon), and whisked off to the latter’s spacious lair. At this point in the film, the audience may logically assume that Herzog’s setting up a metaphorical chamber drama, a two-hander in which science, via Laura, debates capitalism, via Matt, over the fate of the world.

The wily Herzog, though, is determinedly un-straightforward in indulging such banalities as propulsive plotting and thematic lucidity. Instead, Salt and Fire is divided into three distinct acts that barely relate to one another. The first and finest concerns Laura’s flight into South America and subsequent kidnapping upon landing, which is staged by Herzog with a masterful sense of menace and pregnant absurdism, in long takes that casually reveal the airport to be emptying out, suggesting a stage that’s being set for Matt’s interloping.

The second act is a prolonged, hypnotically pointless interlude between Laura and Matt, who’s clearly not after something as routine as thwarting Laura’s quest, whatever that may precisely be. Matt agrees with Laura’s environmental concerns, which means that Herzog has essentially made a film in which captor and prey perpetually second one another, smugly draining this potentially resonant dichotomy of tension. Herzog prefers to follow Matt as he trades in self-consciously stiff and purplish pseudo profundities, such as “Truth is the only daughter of time” and, remarkably, “It’s not so much the predictions themselves that fascinate me, it’s where they come from. Are they true? Is it possible that there is something all-pervading around us, which we are incapable of seeing? That your data can’t analyze, which only the prophets and birds can express?” Shannon delivers this sentiment to a parrot, with a straight face that probably couldn’t have even been mustered by Klaus Kinski.

The third act is the most traditionally reminiscent of past Herzog survival films, as Laura finds herself stranded near a menace even more dangerous than El Diablo Blanco: a volcano surrounded by an ever-expanding desert of salt flats, hence the title, which Matt also voices, lest we miss the point. At this juncture, Laura learns over the course of a week to care for Matt’s two young, blind sons, while Fabio recovers, no kidding, from diarrhea. If nothing else, Salt and Fire may lead to reconsideration of the value of originality in art.

It’s evident that the film’s aimless yet weirdly un-pretentious one-thing-after-another-ness is intentionally achieved, designed to provoke curiosity and agitation, particularly in light of the bone-dry comedy that often unexpectedly surfaces throughout. More unexpected is the earnestness of the third act, which Herzog stages with a pared-down, poetic tenderness that’s obvious (using brown-skinned children as a symbol of innocence is cheaply sentimental) yet moving (no one films punishing terrestrial tableaus like Herzog).

Salt and Fire is a doodle, then, suggesting an assemblage of ecological riffs and fantasias that Herzog may have entertained while making Into the Inferno, but it has an ineffable intensity that can be credited to Herzog’s orchestral confidence (this is an artist who has nothing to prove to anyone) and to Ferres and Shannon’s gracefully committed and vulnerable performances. The unbridled eccentricity of this deeply ridiculous film scans as a kind of stylish integrity: It’s the end of the world as we know it, and Herzog feels fine.