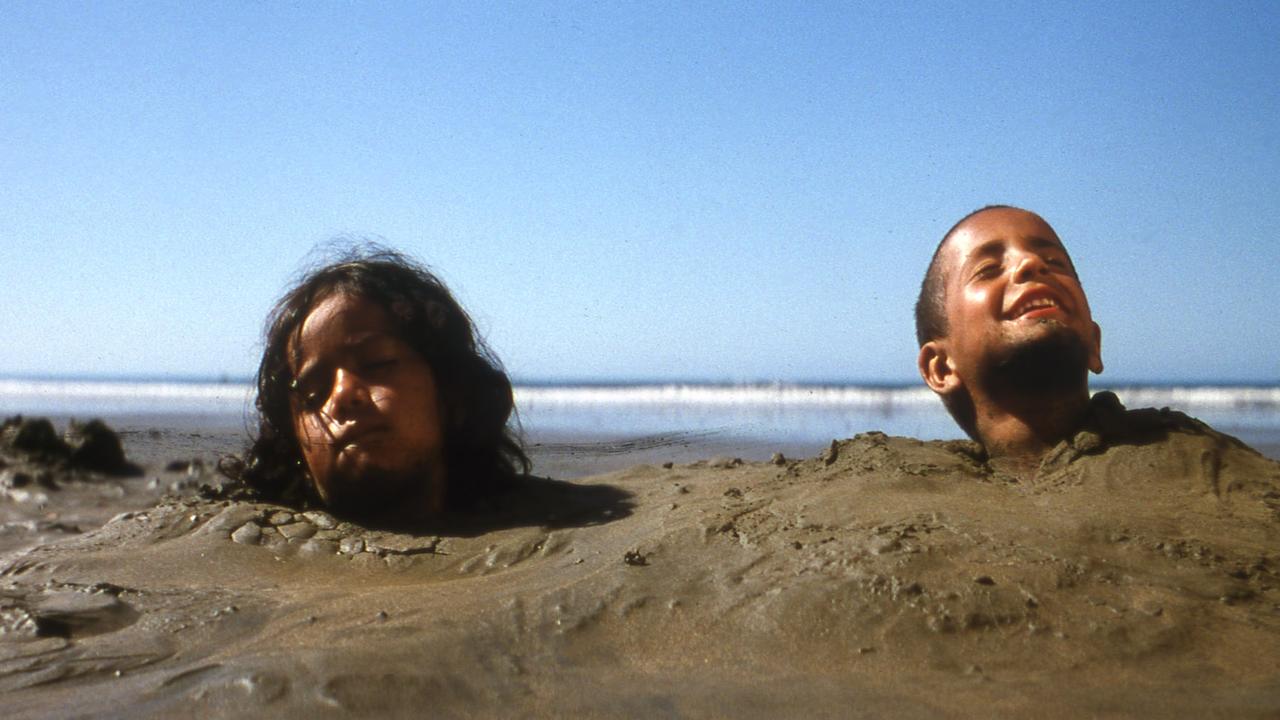 While gorgeous to look at, Cold Water of the Sea, directed by Paz Fabrega, was a disappointment to me. Developed in the Sundance Screenwriters Lab, the film tells two stories, supposedly interweaving them. A seven-year-old girl named Karina, living on the isolated Costa Rican coast with her parents and siblings, runs away. She feels outside of things, except in the relationship with her father, which is special and close. At the same time, a young successful couple (Roderigo is in real estate, Mariana is a microbiologist), come to the coast for a holiday. Roderigo has needed to come to the area to close a deal with a wealthy American buyer. Mariana, left alone in the hotel room, starts to tailspin into melancholy and panic. The couple comes across the little runaway girl early on in their trip. They try to help her, try to get her to talk about what she is running from. Karina is unforthcoming and in the morning has disappeared, gone back to rejoin her family. The brief encounter has a disorienting effect on Mariana. Does she want to run away too? From what? She stares out to sea, longingly, and eventually goes off to the beach, to search for the troubled little girl.

My issue with Cold Water of the Sea is not in the direction, or the acting. It is with the script. Just saying that there is a connection between the two characters does not make it automatically so. The script felt undeveloped to me, a sketch, rather than a portrait. The ideas are too clear, the themes too clearly drawn. It left me cold, almost against my will. I could feel the warmth of the performances, and there is much to praise here, which I will get to in a minute, but it lacked intricacy, it lacked discovery. It showed us what it is, and there was little to no unfolding.

Cold Water of the Sea is certainly one of the most beautiful looking films in the festival, and the constant roar of the surf creates a vivid aural backdrop to every scene. The small community on the beach, kids digging precarious tunnels in the sand, boys setting off firecrackers, mothers preparing dinner wearing bathing suits… Fabrega is showing me an entire world here, a world she is passionate about, understands, and has observed closely. I could smell their food, feel the sand sticking to my feet, and the windy salt air.

The little girl playing Karina is a true find, one of those open creatures you sometimes (rarely) see in cinema: a true child, in all her complexity and potential for deep feeling. She is riveting. Fabrega has a gift, obviously, in creating a circumstance for a young untried actor where she can freely behave and live in front of the camera. It is not easy to do.

Poisonous snakes, vibrant orange in color, and deadly, have been flopping out of the ocean and dying on the beach in droves due to the cold currents. The long sweeping shots of the shoreline at low tide, with the sand covered with orange snake carcasses, is an image I will keep with me for a long time. It is intensely beautiful, and strange, and yet also horrible, because it represents a mass death of a certain community.

Despite the beauty of those dead snakes, the message therein was a bit too on the nose for me, showing, as it did, the desperate escape of creatures from their rightful home, calling up the fleeing of both Karina and Mariana. The image reminded me of the early poems of Sylvia Plath, precocious in language, formidable, at times beautiful, but precious with images, and too literal in presentation. In her later poems, Plath was able to submerge her ultimate meaning, when necessary, the symbols and metaphors becoming an overlapping collage of meaning, rather than anything with a simplistic A to B correlation. Cold Water of the Sea, with all its visual beauty, could have used a bit more mystery.