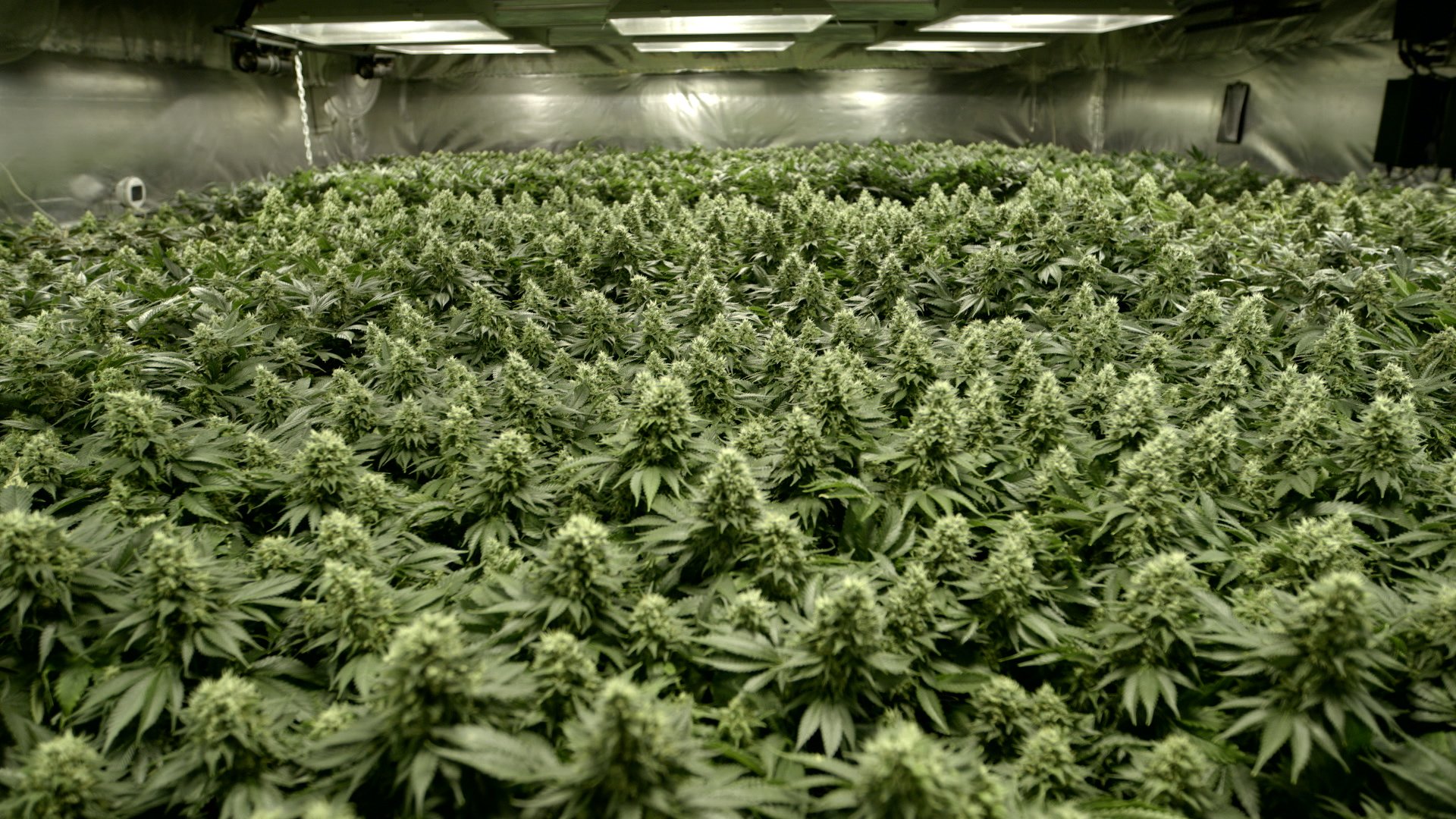 Mitch Dickman’s Rolling Papers alludes to its focus on Colorado’s recreational pot legalization through a deceptively rote title, but it’s more acutely a reference to The Denver Post and Ricardo Baca, the newspaper’s “first ever marijuana editor.” In 2014, Baca assembled a small staff to report on and evaluate the home-grown product that was cropping up in local dispensaries for a website called The Cannabist. While the early presence of dubstep and epileptic editing suggests the film may be out to indulge the perceived, stereotypical proclivities of an average High Times reader, Dickman’s interest primarily lies with the Post and its reporters. The filmmakers also satirize marijuana’s potential status as a fetish object, most notably in asides where any newly mentioned strain is given a narrative-halting intro, accompanied by a close-up of the bud on a spinning, silk, purple pillow with trap music blaring on the soundtrack.

In lesser hands, the choice would be the equivalent of a stoned snicker, leaking out as a wink-wink to spark up. Dickman remains off screen for the film’s duration and forgoes any voiceover, aligning his aesthetics closer to the Maysles brothers rather than Morgan Spurlock or Michael Moore. Rolling Papers neither glorifies nor castigates pot usage, but lets its consumers speak for themselves without the intrusion of an omnipresent voice—a choice that, especially in the age of the “issue” doc, is almost unheard of. The unexpected non sequiturs, such as marijuana being quite literally placed on a fluffy pedestal, complement direct-cinema passages by playfully showing the filmmaker’s hand without pushing a didactic or self-righteous message.

Voices of authority abound on screen, however, especially from the Post’s resident “budtenders,” named Jake and Brittany, both of whom write marijuana reviews. Jake’s more of “a sativa guy,” and his selection of “super lemon haze” prompts the documentary’s first scene of participants actually smoking marijuana, which Dickman displays without additional music. The simplicity of such a scene, with characters calmly getting high and talking about their experience, impresses for its sensible presentation and unspoken understanding that, for a certain audience member, this could be the first representation of drug use they’ve seen that isn’t accompanied by a violent outcome, a rap track, or a punchline featuring stoners scrambling to find a midnight snack. Instead of interjecting a trippy interlude or cutesy infographics, Dickman lets the session breath on its own.

Such serenity could almost play naïve were Rolling Papers not aware that most persistent rhetoric against marijuana legalization emphasizes concerns over child safety and addiction. At a local city hall meeting, Dickman edits the proceedings so that stock phrases about “kids” and “dangerous consequences” are repeated ad nauseam, suggesting that fear-mongering, rather than rational, empirical evaluation, remains the sole tactic of opponents. Baca looks on with bemused disgust, but Dickman isn’t simply proffering a viewpoint in this instance; he’s tampering with evidence through the edits to show the straight-faced manner with which thinly veiled morality pleas irrevocably bleed into bureaucratic procedure.

Even at 80 minutes, Rolling Papers has a lot on its mind, including a few lesser sequences that follow Ry Prychard, a “weed genius” who’s working on “shatter,” a highly potent marijuana wax, in order to enter into the 2014 Cannabis Cup. In the film’s final third, there’s also a trip to Montevideo, Uruguay, where federal mandates have legalized recreational marijuana usage nationwide, making it the first country to do so.

Perhaps more immediately intriguing, though, is the growing gender conflict with Brittany, who writes a parenting column on “marijuana moms,” which draws the ire of an unnamed female staffer who, after creeping over to Baca’s desk, says the column’s tone seems “off,” especially since, having worked in Child Protective Services, she’s seen instances of infant fatality related to marijuana. It’s Baca’s response, both contrite and open-minded, that stuns for its attentiveness, especially when he offers reassurance that he’ll pass the note along to the writer. In this moment, Rolling Papers is outright sticky, but not sticky-icky. Dickman’s efforts to reveal marijuana legalization as a microcosmic issue within the larger geopolitical landscape, rather than merely a stoner’s plight, makes one wish Rolling Papers ran another 40 or so minutes, to more fully explore its convincing, and still troubling, implications.