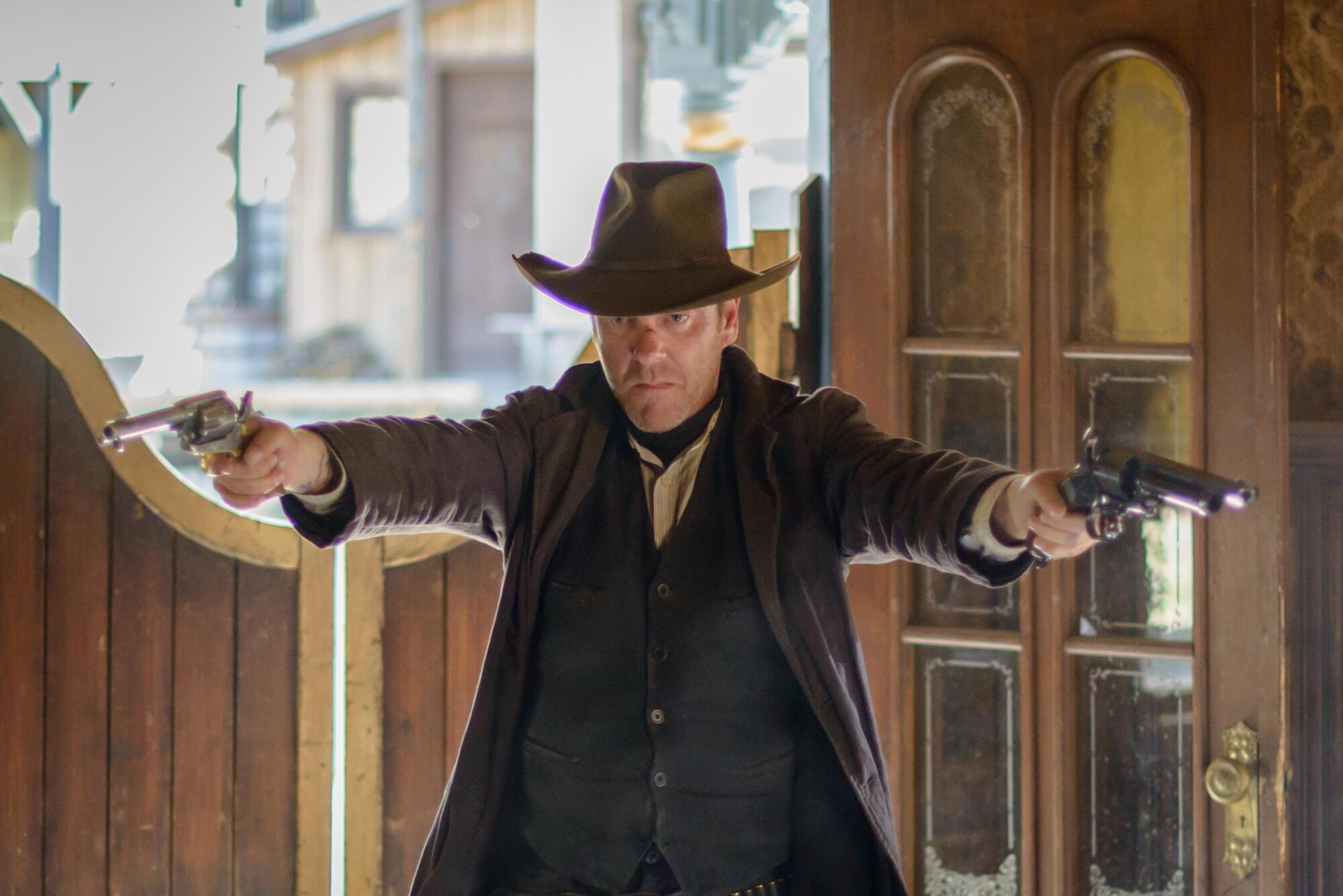 A film like Forsaken doesn’t come around often—that is, one that adheres to the dictionary definition of a classical genre without ever attempting to subvert it, nor stand out within it or do a single thing that might be perceived as being flexible with the playbook. The genre here is the western, specifically as practiced in Hollywood in the 1950s. Arriving at a cultural moment when westerns have seen a surprising mini-resurgence, Forsaken’s meat-and-potatoes ethos implies a retort to modern reworkings of the genre, as if to stake the position that artless earnestness is the only correct approach.

It’s 1872 in Wyoming, the same false refuge for Civil War veterans zeroed in on by Quentin Tarantino in The Hateful Eight, only here there’s the immediate reassuring aura that decency can and will be restored. Kiefer Sutherland plays John Henry Clayton, a cowboy who fits neatly into the archetype of the moral hero with a conscience sturdy enough to keep his fast gun at bay (even his name is impossibly patriotric-sounding). John Henry’s riven with familiar postwar angst and deteriorating faith, but early shots of him riding stridently across mountainous territory to tasteful major-chord crescendos ensures us that he’s good at heart. When he gets home for the first time in years, he reunites with his reverend father (Donald Sutherland), who’s lost confidence in his soldiering son, as well as an old love (Demi Moore) who’s now hitched to, you guessed it, a jealous scoundrel (Jonny Rees).

Still, a fairly frictionless redemptive setup for ol’ John Henry, right? Wrong. Cue a cluster of land-grabbing baddies who stew in clouds of smoke at the saloon all day and say things like “Anybody else got any questions?” after stuffing someone with a bullet. On a narrow spectrum of just-doing-my-job frigidity to homicidal insanity, there’s John Henry’s “old friend” Dave Turner (Michael Wincott), his f-bomb-dropping boss James McCurdy (Brian Cox), and greasy-haired underling Will Pickard (Landon Liboiron), whose insatiable appetite for bullying gives the impression that he’s literally never done anything else with his time. That Old West villains were entirely devoid of a moral system is somewhat of a misapprehension of classic westerns, since the best of them featured complex and pitiful men within whom pure greed and more fathomable failings coexisted, but put genre legacy aside and the film’s central thugs still wouldn’t seem remotely human.

In a 20-plus-year career, Forsaken is only director Jon Cassar’s third rodeo beyond the small screen, where he previously ground the younger Sutherland into unaffected action meat on 24, so there’s clear precedent for the film’s paint-by-numbers construction and its star’s mechanical turn. Thematically on-the-nose conversations relayed in dully lit close-ups get spaced out with “reflective” interstitial material (shots of Sutherland moodily removing his hat by a stream, for instance) set to snatches of somber Americana, and occasionally the flatline spikes when someone yells something like “It’s an ambush!” and guns go off arbitrarily for a few moments.

Cassar’s one wrinkle to the formula comes in an otherwise rote climactic shootout. (Spoilers herein.) Before a formal duel begins with Dave Turner, John Henry excuses himself briefly to retrieve his colt from the saloon rubble. Next thing we know, McCurdy drops dead from a window, which cancels the duel on a technicality (after all, Dave is no longer contractually obligated to kill). It’s a clever touch, but it’s not enough. When John Henry rides off into the sunset, a sudden Wincott narration adds that he was never heard from again—a fate that Forsaken will likely share.