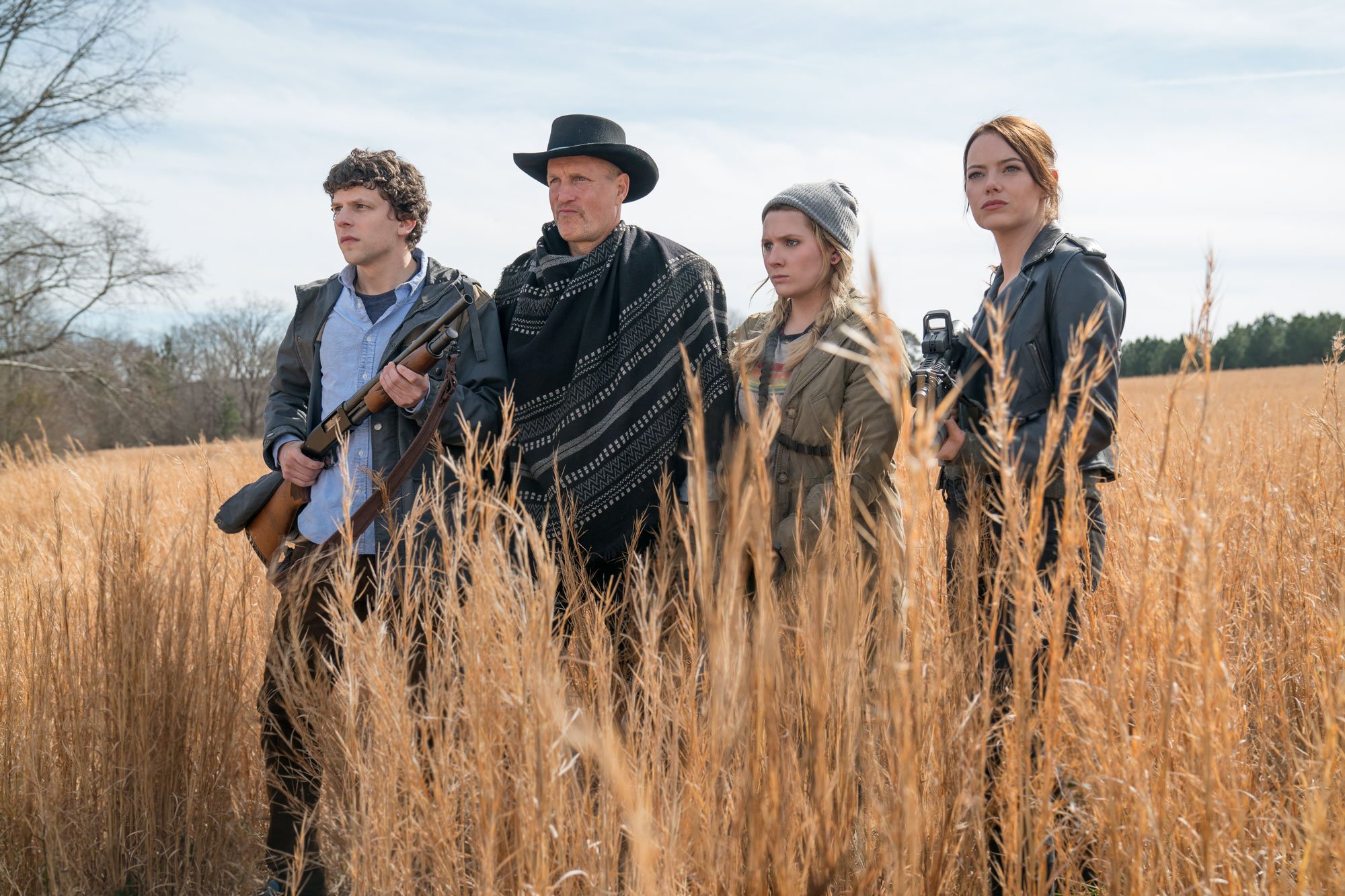 “Double tap,” the belated Zombieland sequel’s namesake, refers to the rule of shooting a zombie more than once in order to ensure that it’s dead. Like the rest of the rules devised by the series’s dweebish protagonist, Columbus (Jesse Eisenberg), it’s spelled out in large on-screen text, an amusingly self-aware touch in the original 2009 film that has, a decade later into our irony-poisoned present, lost its luster.

Part of that is because the sequel highlights these rules more frequently and prominently, injecting them with flashy text effects that are more distracting than funny. But it’s also because self-awareness doesn’t feel nearly as refreshing as it did in 2009, with seemingly every big studio movie nowadays winking and nodding at audiences, trying to swaddle us in layers of protective irony (that writers Rhett Reese and Paul Wernick went on to script the vacuous Deadpool films is no accident). Zombieland: Double Tap effortlessly operates in the same groove as the original, but that’s less a compliment than a measure of a failure to evolve.

Revising the world of Zombieland feels like returning to a television program you gave up on watching; though the cast has aged, the character dynamics remain largely the same, if slightly more exaggerated and perhaps overly familiar. Boisterous gunslinger Tallahassee (Woody Harrelson) is a little more cartoonish now, while Little Rock (Abigail Breslin) is all grown up. She’s more than old enough to drive, and thus old enough to run away with a pacifist hippie, Berkeley (Avan Jogia), prompting Columbus, Tallahassee, and conwoman Wichita (Emma Stone) to track her down. They’re a makeshift family now, despite still referring to one another by the city aliases that were meant to prevent getting too attached.

A newcomer to their group still goes by her real name, Madison (Zoey Deutch), and as a caricatured dumb blonde, she typifies much of the film’s easy, uninspired comedy. The supremely overqualified cast powers through tiresome, pop culture-laden exchanges via sheer charisma; Stone, though unfortunately reduced to playing a “jealous girlfriend” type, is particularly expressive. But returning director Ruben Fleischer, despite pairing with the usually excellent cinematographer Chung-hoon Chung, too often shoots the actors in close-up, robbing much of the film of the chemistry that the actors display in wider shots.