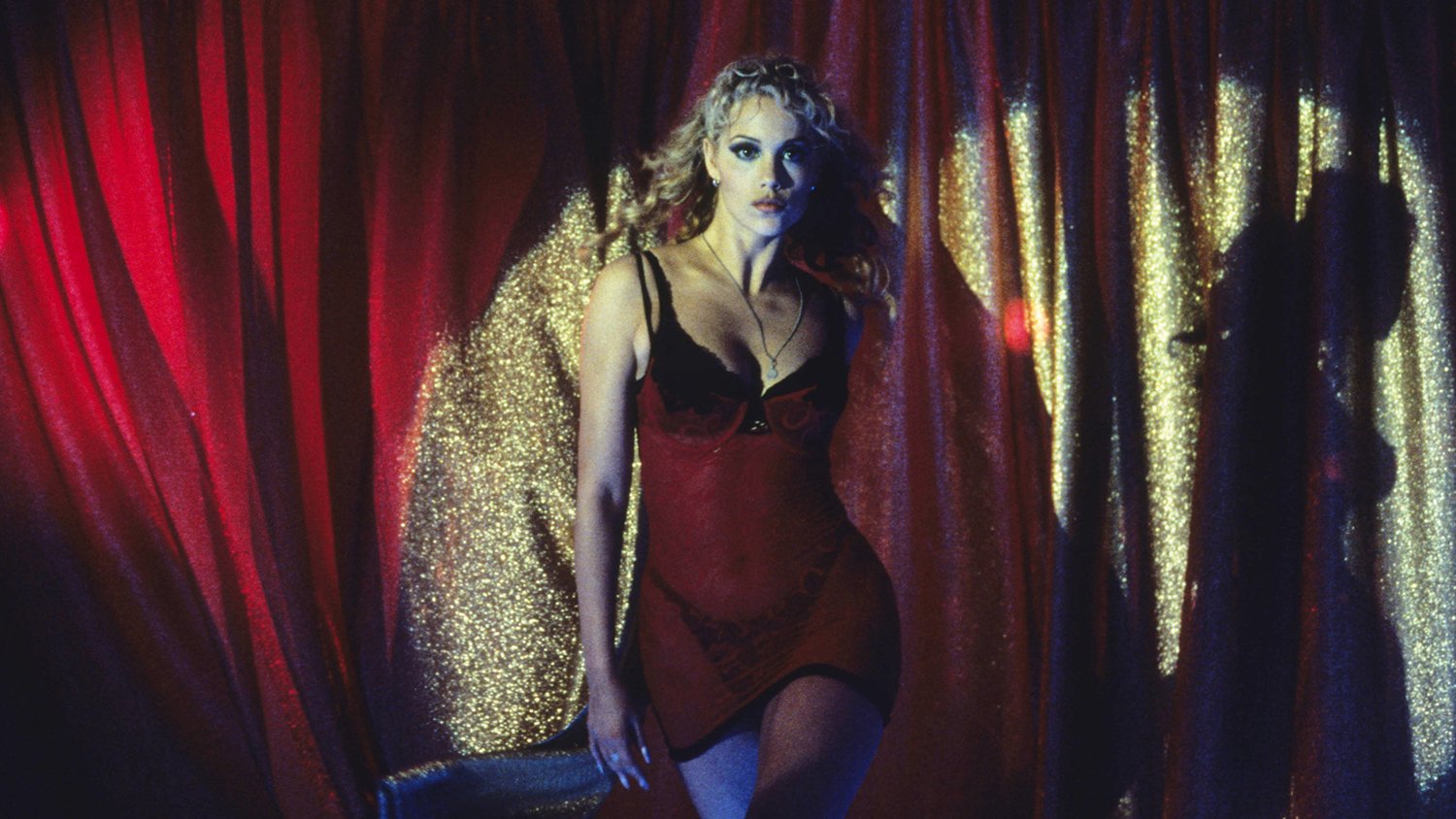 Back at the beginning of 2003, the same year that Film Quarterly later printed a critical symposium examining the Showgirls phenomenon from every possible angle, Slant published a list of 100 Essential Films that included Paul Verhoeven and Joe Eszterhas’s 1995 critical and commercial bomb. It was one of the very first films we locked in, and at that time, we weren’t couching our love for it in “so bad that it’s good” qualifiers. Declaring Showgirls to be anything other than a sleazy, misogynistic, toxic waste dump was still a minority position at best, especially back when poor Elizabeth Berkeley still couldn’t find work and Verhoeven was about to move into the elder statesman stage of his career with Black Book. But has the time come to ask if the pendulum has swung too far in the other direction?

Now, with the film a quarter-century old and probably too advanced in age to be given an audition to dance at the Cheetah’s all-you-can-eat lunch buffet, the rest of the world that cares about film canonization seems to have caught up, if not outright engaged in a wild overcorrection. Jeffrey McHale’s You Don’t Nomi, one of two new documentaries focusing on Showgirls’s phoenix-like rise from the ashes of infamy, is a deep-esque dive into its critical life after death, a story told solely through the critics and fans who’ve watched the film’s reputation morph since its release and have morphed their positions accordingly. Giving its organizational structure over to It Doesn’t Suck, Adam Nayman’s monograph on Showgirls, You Don’t Nomi’s basic takeaway is that the film endures not because it’s so bad that it’s good, or, to adapt a line from John Waters, because it’s so great that it almost seems unspeakable, but because it’s both at once. Which, of course, leaves the door open for certain people—you know, scolds—to say, “Okay, let’s settle down, it’s far from unimpeachable.”

To that end, and befitting an analysis of Showgirls from the other side of the Me Too movement, the documentary’s most convincingly skeptical observations come from women: former San Francisco Examiner critic Barbara Shulgasser-Parker, who, despite admitting that Verhoeven is adept behind the camera, cuts his film no slack in its portrayal of women even on a metaphoric level; USA Today critic Susan Wloszczyna, whose ahead-of-the-curve recognition of the profane and the divine coexisting within the film nevertheless boiled down to a bet-hedging two-and-a-half-star review (the emphatic opposite of what Film Quarterly christened “a zero-star masterpiece,” a film that’s simultaneously great and awful, rather than what the average two-and-a-half stars implies); and actress April Kidwell, who’s played both Nomi Malone and Jessie Spano in musical revues and for whom Showgirls’s detour into sexual assault took her relationship with the film into a highly personal space. Yes, as Matt Baume points out, the film’s resurgence has largely been driven by its gay male audience. The story of someone from the middle of nowhere who fights their way to the big city, then fights even harder to launch a new life and get their name in lights, is easy for many gay men to identify with. But it’s not the only story and metaphor that Showgirls has to offer.

So, to reiterate, has the pendulum on the film swung too far in the opposite direction? As long as there are “fans” who approach it as nothing more than a ludicrous camp-fest fit for Rifftrax-style dismissal, maybe so. (At least Peaches Christ’s drag shows push the envelope even further into audience discomfort.) But then comes You Don’t Nomi’s conclusion, showcasing Berkley’s surprise appearance at an outdoor retrospective of Showgirls that attracted more than 4,000 people. Watching her seal her standing ovation with a recreation of Nomi’s immortal scissor-hands dance move, and hearing how gratified she is to now be given the appreciative premiere she was robbed of back in 1995, it’s hard to begrudge any form that an appreciation of Showgirls takes. Maybe Nomi’s trek out to Los Angeles was a happy ending after all.