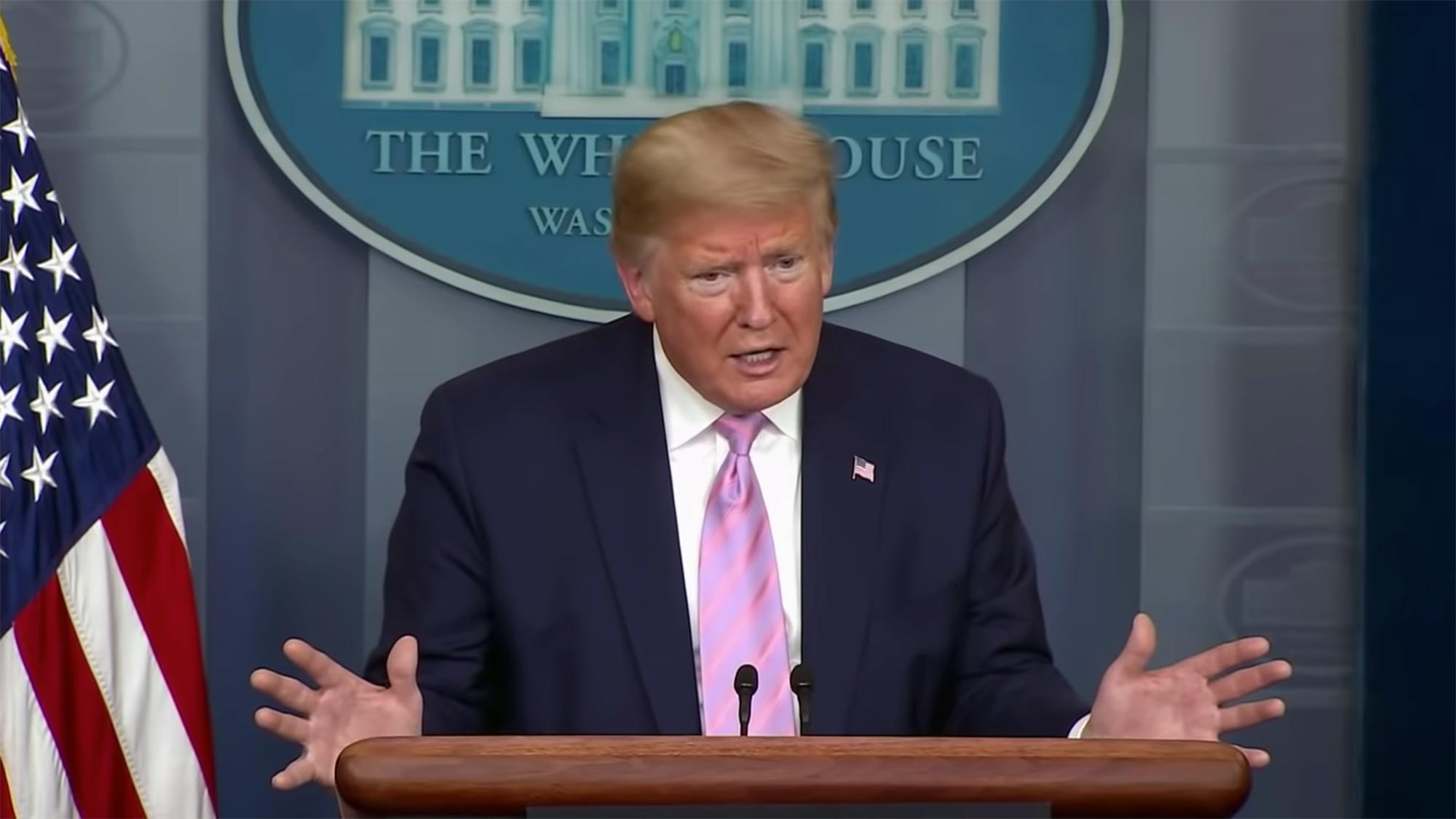 From The Panama Deception, Barbara Trent’s evisceration of the official story of George H.W. Bush’s 1989 invasion of Panama, to Fahrenheit 9/11, which Michael Moore openly hoped might tip the balance of the 2004 election, documentaries that attack a sitting president in the year of his reelection aren’t a novel phenomenon. But perhaps no film has ever been rushed into production and release so swiftly and so deliberately to inform the American people of the dangers of an incumbent chief executive as Alex Gibney, Ophelia Harutyunyan, and Suzanne Hillinger’s Totally Under Control. In spite of that rush, though, this is a quietly enraged, as well as enraging, assault on Donald Trump’s handling of the Covid-19 pandemic—a sober attempt to write a first draft of this very recent history.

With all the showmanship and pizzazz of your average episode of Frontline, Totally Under Control makes no attempt to sensationalize—or even dramatize—this material. The documentary’s format is a bog-standard mix of B-roll footage and talking-head interviews, with one novel touch: In order to avoid spreading the coronavirus, interviewees were mailed a “Covid Cam,” which allowed the filmmakers to interview them remotely in their own homes, with Gibney’s face appearing on a screen just below the camera’s lens. The setup, which results in the subjects delivering their remarks directly at the camera’s eye, recalls Errol Morris’s infamous, not to mention fearsome, Interrotron technique. But where Morris has used his patented technique to achieve an at-times unnerving intimacy, for the wildly prolific Gibney it’s a purely practical solution to the problem of how to make a film amid a viral pandemic.

From outright graft to willful ignorance of science to a hyper-concern for Trump’s image, the administration’s failures in its attempt to fight the pandemic are so vast that it’s difficult to contain them all in one film. Gibney, Harutyunyan, and Hillinger address this problem by determinedly sticking to the timeline, meticulously laying out one disastrous decision after another. In the film’s telling, Trump and his appointees ignored signs of human-to-human transmission and consistently downplayed the severity of the virus from the start, all while disregarding procedures that had been put in place by the previous administration. In one particularly damning section, Totally Under Control shows how the Centers for Disease Control and Prevention’s disastrously faulty test kits and the Food and Drug Administration’s refusal to fast-track approval for alternate testing methods led to months of artificially low numbers and a complete inability to effectively track the virus’s progression.

Other failures include the Trump administration’s unwillingness to efficiently source masks and other personal protective equipment, the refusal to adequately fund the government’s pandemic response, and the complete dismissal of the playbook provided by the Obama administration for dealing with outbreaks. If little of this is truly new—anyone who’s been following the pandemic’s development this year is likely to be aware of all of these issues and more—nowhere has all these different strands been tied together in one place. The picture that materializes is of a government that made every single error it possibly could have. For perspective on how the crisis might have been addressed, the filmmakers present South Korea as Gallant to the United States’s Goofus, frequently juxtaposing Trump’s chaotic, anti-scientific response with South Korea’s coolly technocratic approach.

While Trump stands as the ultimate villain of this account, the filmmakers devote limited screen time to the man himself. A broader cast of minions, lackeys, corporate tools, and barnacles of the military-industrial complex emerge as more compelling suspects, such as Robert Kadlec, a long-time Department of Health and Human Services official with a deep history in bio-warfare, who mysteriously rejected a request for increased funding to fight the coronavirus. There’s also Trump’s former National Security Advisor, arch-neocon John Bolton, who disbanded the National Security Council’s Global Health Security and Biodefense unit a few months before the pandemic. The film exposes how select corporations have received windfalls as a result of the crisis, including Gilead, which has gotten inflated payouts for a medicine, Remdesivir, to which the United States government itself holds the patent.

Unfortunately, in the film’s quest to indict a single man for America’s glaring pandemic response failures, it too often sidelines these other figures in its telling of the story. The most troubling accusations here—such as the film’s clear implication that the early testing debacle may have been the result of a deliberate effort to downplay the seriousness of the virus—suggest a much greater conspiracy than the man sitting in the Oval Office.
Nevertheless, there’s much in this documentary that, in a just world, Trump would have to answer for someday. While it’s impossible to know whether such an inquiry will ever take place, the universe intervened to dole out some cruel justice to the man who inflamed the pandemic—and, in the process, provided Totally Under Control with the perfect ending. As a title screen informs us just before the credits roll, the day after the film was completed, Trump tested positive for the coronavirus—thus proving that the title of the film, drawn from one of Trump’s favorite descriptions of the crisis, remains a profoundly bitter irony.

Review: Over the Moon Is a Beguiling, If Obvious, Retelling of a Chinese Myth