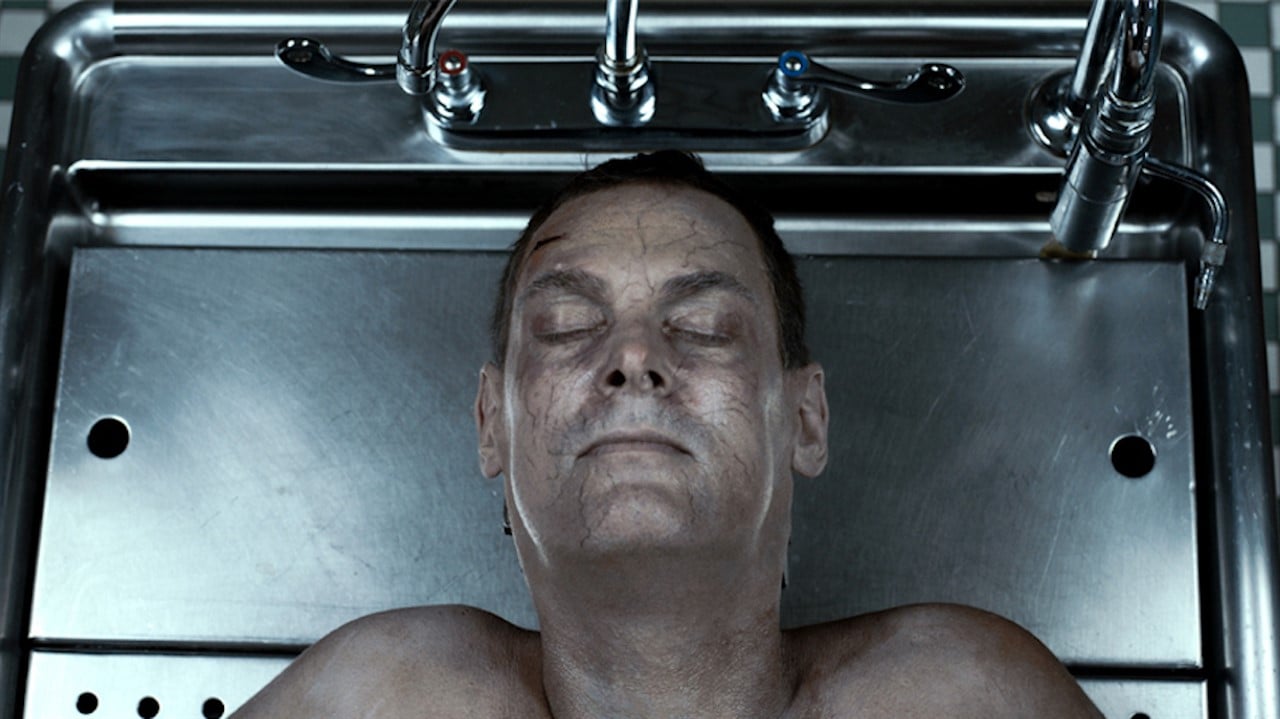 People who work in intense environments, such as police stations, social services offices, and hospitals, are familiar with the strain of needing to remain lucid and empathetic while in the maw of human extremity. Primarily set in a hospital over a few days, writer-director Billy Senese’s The Dead Center, which follows a handful of medical professionals as they grapple with something that symbolizes their fear of succumbing to their patients’ sickness, is profoundly in tune with this sense of strain.

Senese and cinematographer Andy Duensing capture the hard white and sickly yellow light of a hospital in the middle of the night, as well as the eerie alternation of droning white noise and silence that can define such a setting. The filmmakers allow this hospital, especially the psychiatric ward, to creep into our bones. (It certainly helps that the staff here isn’t composed of actors who appear to be out of central casting, as they suggest truly harried and exhausted members of the working class.) Occasionally puncturing this nocturnal twilight are the piercing sounds of patients in crisis, and Senese expertly captures this ebb and flow between the expectation of violence and weathering it. At its best, The Dead Center exudes some of the concentrated lo-fi intensity of Steven Soderbergh’s Unsane.

The Dead Center has a horror-movie hook, which often lingers at the narrative’s margins and screams of Chekhov’s gun. The film opens with an ambulance delivering to the hospital a John Doe (Jeremy Child) who sliced his wrists and chest. Senese films the ambulance’s trip from a god’s-eye view, suggesting a supernatural presence that might not be all that friendly. Later, after John Doe is toe-tagged and bagged, he sits up, and Senese springs an unforgettably creepy sound effect: the crinkling of the body bag, which suggests the crackling of electricity. And this effect is complemented by the poignant sight of the quivering John Doe rising from the bag and wandering the hospital and slipping into an empty bed for warmth. In this moment, Senese grounds resurrection in the textures of a very realistic setting.

John Doe is discovered by the hospital’s staff, and psychiatrist Daniel Forrester (Shane Carruth) is charged with discerning his identity and illness, though Forrester, a renegade with considerable emotional issues himself, doesn’t get far with this endeavor. Carruth invests a familiar type—the hotdog professional with little personal life—with a haunting and unusually opaque vulnerability. He keys us into Forrester’s desperation to hide his own weaknesses from his staff, though his pain is only partially explained. Meanwhile, in a parallel narrative thread, medical investigator Edward Graham (Bill Feehely) investigates John Doe’s origins. This trail leads him to a motel room drenched in blood, and, in another bone-chilling detail, Graham drains a tub of blood to reveal a spiral carved at the bottom. Uncovering John Doe’s identity, Graham discovers a man marked by death, who has become a corporeal Grim Reaper.

The Dead Center is ultimately an atmospheric study of human futility. John Doe might be a monster, but he’s also the ultimate incurable victim, who destroys any degree of control that Forrester and Graham fight to assume over their surroundings. Not unlike H.P. Lovecraft, Senese allows his audience to feel as if it’s only seeing but a tip of a malign iceberg, and that ineffable impression of vastness is existentially frightening.