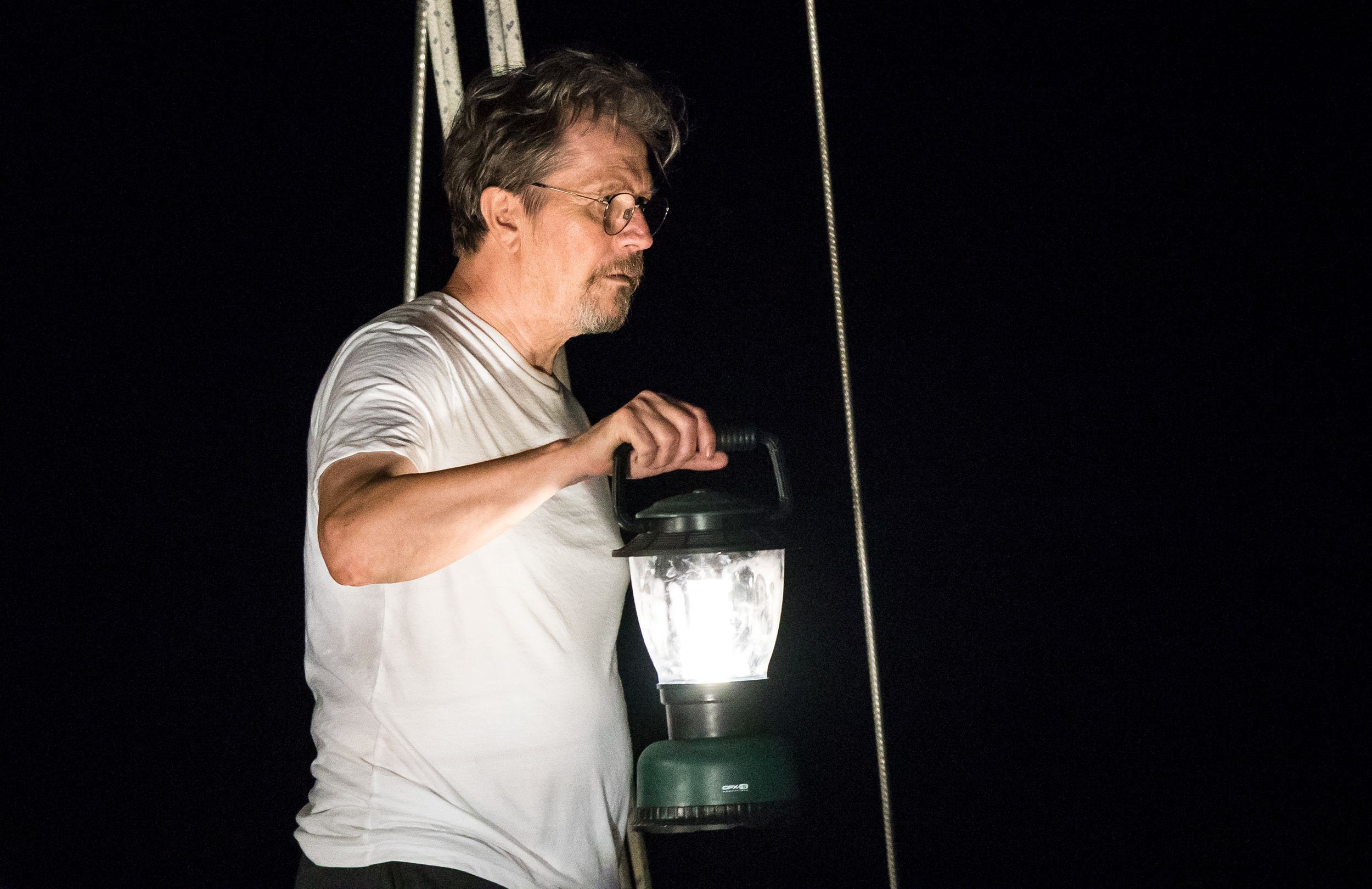 With Mary, whose title refers to an ancient ship with a history of drifting off course and losing its crews, director Michael Goi and screenwriter Anthony Jaswinski have settled on a fertile setting for a haunting. This isn’t a grand ship in the vein of either version of Ghost Ship, but a vessel that’s intimate with seemingly little in the way of the sort of nooks and crannies that are integral to games of supernatural hide and seek.

As the latest doomed crew boards the Mary, with the purposes of turning her into a tourist boat along the Florida coast, Goi derives some suspense by implicitly prompting the audience to wonder where the bad stuff can happen, given the constriction of the setting. Intensifying this unease is the film’s one unnerving image: of the boat’s masthead, which is a wooden carving of a beautiful woman with wide, accusatory eyes—presumably Mary, a siren.

At first, it seems as if Mary is going to be a riff on Stephen King’s Christine, in which a young man became romantically obsessed with a vintage vehicle, a 1957 Plymouth Fury. Just as Christine beckoned to its next victim from a junkyard, as a seemingly innocuous antique, the Mary calls to David (Gary Oldman), from a distance as he’s scoping another boat at an auction. Like Christine, the Mary seems impractically beat up, which is a part of the seduction, as they both play into the hero complexes of emasculated men. In David’s case, he’s attempting to break free of a life as a captain for another man’s business, and to help his family rebound from a domestic crisis that isn’t revealed until late in the film. Which is to say that Mary has a promising hook to go with its setting: Initially, it appears that it will tell a story of David’s undoing, of his obsession with a haunted ship that destroys him with promises of redemption.

Astonishingly, Goi and Jaswinski drop that hook immediately. David, who has the most invested in the ghost ship, is shunted off to the film’s sidelines as the Mary works his family over in predictable ways. The man’s wife, Sarah (Emily Mortimer, who’s every bit as game as Oldman), is plagued by nightmares, while their little daughter, another Mary (Chloe Perrin), draws creepy pictures of a mystery woman. Tommy (Owen Teague), the boyfriend of David and Emily’s older daughter, Lindsey (Stefanie Scott), is driven insane almost immediately, while Lindsey is batted around as a victim between various infected parties.

With Goi and Jaswinski unwilling to explore a kinky, psychosexual bond between a man and his demonic lady ghost-boat, Mary comes to feel as if lacks a through line, collapsing into a series of disconnected horror-movie beats. The film’s momentum is further stifled by a framing device—seemingly ported over from a generic cops-and-robbers television show—in which Sarah is interrogated about what happened aboard the Mary. The filmmakers are attempting, via this framing device, to impart a sense of mystery and inevitability upon the narrative, but it serves to make Mary feel as if it’s half over before it even began.

Review: The Dead Center Is an Atmospheric Study of Human Futility