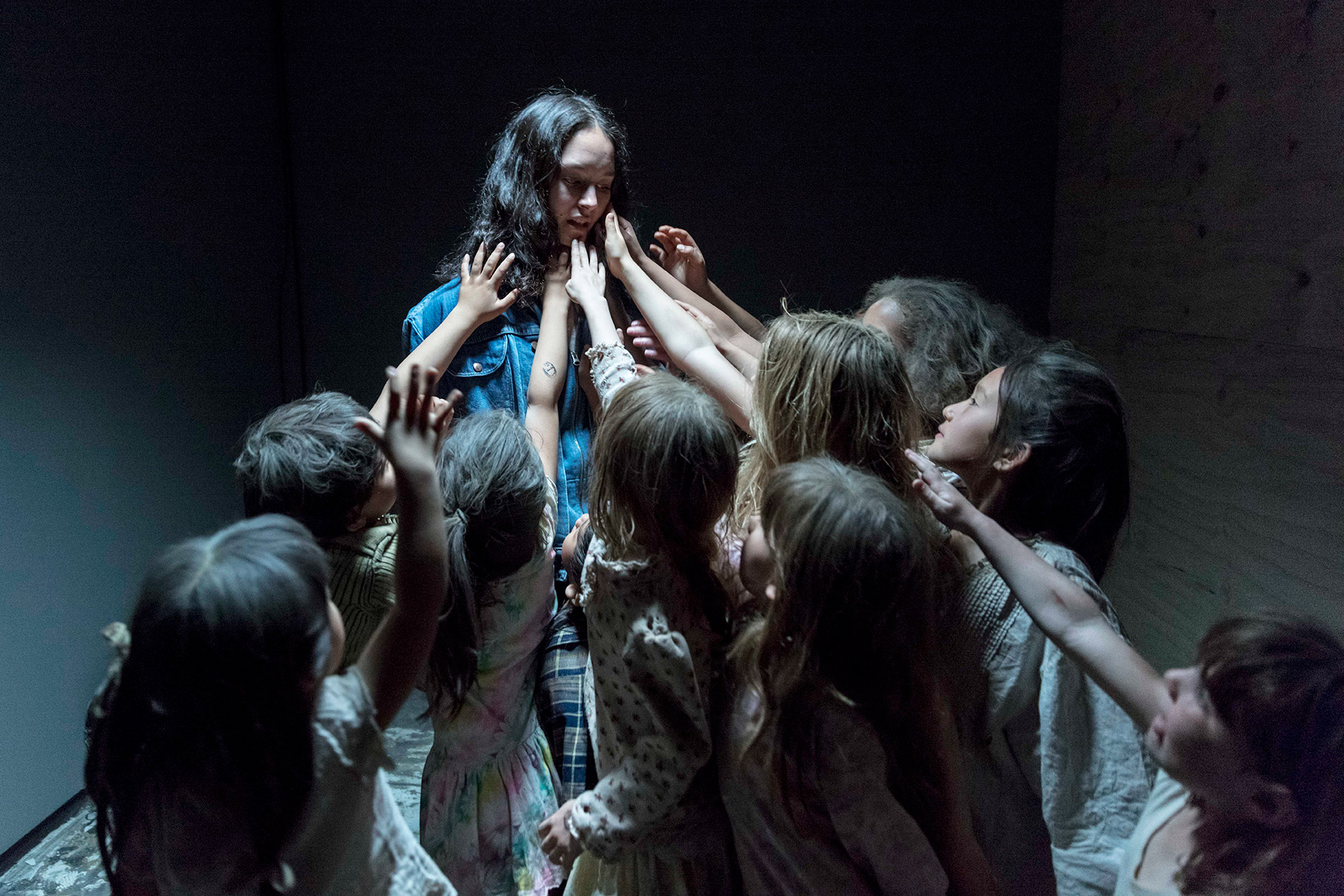 Miranda Harcourt and Stuart McKenzie’s The Changeover is an unusual and mostly enjoyable hybrid of disparate fantasy styles. Based on the 1984 young adult novel by Margaret Mahy, the film suggests a superhero origin story, developing a convoluted internal mythology involving a coven of benevolent witches, an evil vampiric “larva” who sucks the youthful vitality out of young children, and a “sensitive” schoolgirl, Laura (Erana James), who receives psychic premonitions of future harm. When the larva, Carmody (Timothy Spall), picks Laura’s kid brother (Benji Purchase) as his next victim, it’s up to her to save him.

It can be a little difficult to keep the story’s mythos straight, particularly when, in its final third, the film launches into a lengthy Inception-style action sequence that takes place entirely in a dream realm. By the time the credits roll, it’s not entirely clear what just happened, and exactly why. McKenzie’s script has to resort to voiceover narration—present only in the very beginning and end of the film—to fill in some of the gaps, and even then, not every piece of the puzzle seems to fit together. This makes for an ultimately somewhat confusing and unsatisfying viewing experience, at least for anyone who’s never read Mahy’s supernatural teen romance. But sometimes it’s better to feel a little lost than to know too much: The film confidently powers ahead without feeling the need, as so many fantasy stories do, to halt the momentum every reel or two to offer a dull exposition dump.

As directors, Harcourt and McKenzie eschew the soporific melancholia of teen fantasy films like Twilight in favor of a lithe, angular visual approach—including impressionistic close-ups and skittering, almost Michael Mann-ish handheld shots—that grounds the story’s supernatural goings-on in a sense of reality without draining them of their fantastical charm. Spall strikes a similarly appealing balance between plausibility and outright camp, digging into his villainous role with teeth-gnashing glee. Pitched somewhere between a deranged hobo and Mr. Dark from Something Wicked This Way Comes, his performance provides a fun yet menacing foil to James’s haunted, obsessive turn as Laura.

Even when the specific details of the film’s plot may seem silly or confused, Laura remains credible and compelling. It’s this carefully managed equilibrium between the inherent preposterousness of its mystical milieu and the convincing emotional reality of Laura’s journey that ultimately makes The Changeover, for all its muddled mythos, a lively and engaging excursion into an unusually naturalistic world of magic.

Review: 1900 Obliterates the Barriers Between Story and History