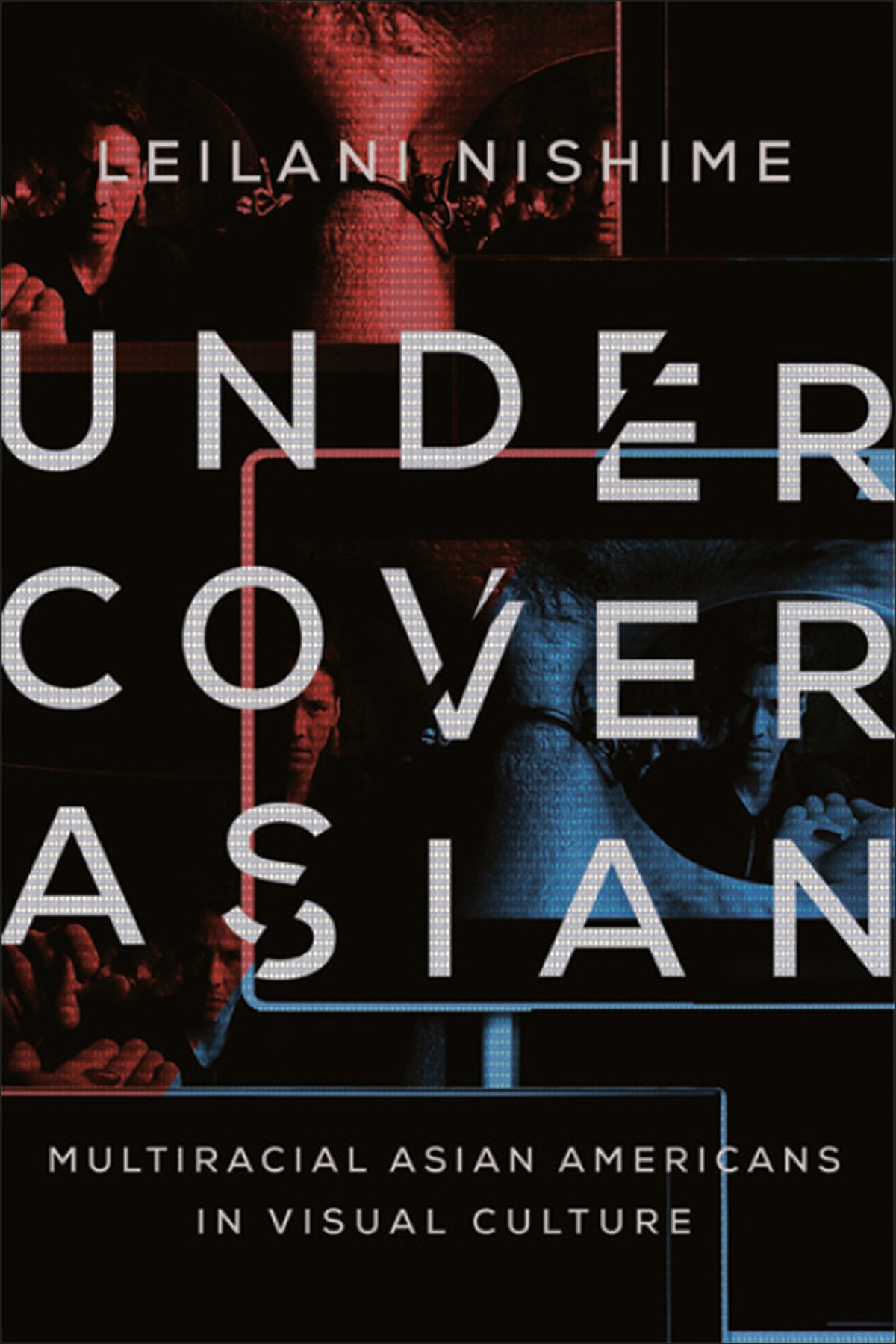 In 2003, The New York Times published an article entitled “Generation E.A.” which discussed the emergent role of multiracial people in advertising campaigns and concluded by suggesting that they’re an emerging racial category and a stepping-stone key to a race-free future. According to Leilani Nishime, such a notion has become dominant among popular media outlets, which awaits an “inevitable end to race.” For Nishime, these inclinations aren’t only misguided, but a constituent for racial oppression, since “color blindness is not the opposite of racial hierarchies; it is its enabling fiction.” These concerns form the bulk of Nishime’s focus in Undercover Asian: Multiracial Asian Americans in Visual Culture, an exciting new addition to the canon of critical race studies, which marks the first book-length examination of media images of multiracial Asian Americans.

Nishime’s scope extends across cinema, reality TV, episodic TV drama, advertising campaigns, sports figures, and art installations to offer a comprehensive sense of the representational landscape. Thus, she devotes two chapters to Keanu Reeves, both as a celebrity persona in the 1990s and for his role as Neo in The Matrix trilogy. Within media discussions of both Reeves’s ethnicity and sexuality, Nishime finds that “writers often revert to the queer rhetoric of closeting instead of summoning the racially inflected language of passing to describe Reeves racially.” Nishime overlaps her inquiry with the military’s “Don’t Ask, Don’t Tell” policy, which took effect in 1994. As such, pressure from media outlets put on Reeves to answer questions concerning both his sexuality and ethnicity became a site of confusion, since underlying institutional norms encourage mixed-race people to “pass” as white, while insisting, with DADT, that sexuality be kept closeted. Nishime does a fantastic job of dethreading the rhetorical complexities inherent to these issues, while concluding with a different, and more important, set of concerns: “Instead of asking whether [Reeves] is embracing or rejecting Asian-ness or queerness or femininity, we can ask what we mean by accommodation and what we can understand as resistance when we are limited by the binary choice either to claim or reject these identities.”

By shifting the questions to stakes of claims rather than just an affirmation of positive or negative images, Nishime moves toward a progressive politics of the mediated imaging of multiracial Asians. She continues these interests in a discussion of public perception of Tiger Woods both before and after his “sex scandal.” Before, Nike sought to downplay the specificity of Woods’s “Cablinasian” claim on The Oprah Winfrey Show through the “I Am Tiger Woods” ad campaign, which made Woods “all races and no races,” according to Nishime. Post-scandal, “the disappointed audience rejects him for confirming their deeply embedded stereotypes of black masculinity.” Moreover, Nishime explains an explicitly racist bit on Jimmy Kimmel Live from this time frame, which invoked “a stereotypical Asian ‘tiger mom’” in order to further remove him from “his former status as ‘All-American.’” Racial caricature and stereotyping are called on to “other” Woods once the illusionary “colorblindness” is dissolved, which convincingly confirms Nishime’s thesis that pleas for a “race-free” society merely mask racist assertions, which can easily bubble to the surface.

Further studies consider the role of multiracial Asians in Battlestar Galactica, particularly with interest in images of globalization and “transnational adoption.” Nishime discusses The Matrix trilogy in part as a “marriage of Western capitalism and Eastern culture” following the end of Japan’s economic dominance and the demise of cyberpunk in the 1980s. The role of Kimora Lee Simmons in the reality TV series Life in the Fab Lane and advertising campaigns for her product line Baby Phat are examined as incarnations of “feminist camp,” which Nishime aligns with Lady Gaga and Mae West, since “[Simmons’s] highly theatrical and self-referential style constantly remind her audience that they are observing a performance orchestrated for their amusement.” Finally, Nishime points to an art installation entitled The Hapa Project, which has appeared in numerous American cities, as a work that “allows us to examine the tensions that arise between multiracial subjectivity, the scientific treatment of race, and the social construction of race.”

Overall, Nishime’s comprehension with relation to various media cannot be challenged, as she provides a thorough case study from a half dozen outlets of image production. Nevertheless, one can’t help but question the ease with which Nishime transitions within these various media, rarely stopping to question if images from reality TV are received in precisely the same manner as images from cinema. After all, as media scholars have theorized, cinema is the medium of the gaze, while TV is the medium of the glance; perhaps these lines have been dissolved somewhat since the emergence of “quality” television like Battlestar Galactica, but I remain suspicious of such a flattening of the media terrain. Nishime’s aim is to explain the ubiquity of these concerns and representations across various forms of media, but by leaving out further examined questions of formal specificity, the study is dynamic solely as an explication of multiracial representation. My concern is not simply methodological; after all, as Robert Ray once wrote, “a Marxist who objects to a formalist’s failure to mention conditions of distribution…is like a geologist who complains that a botany textbook ignores rocks.” My objection is that by not making a truly interdisciplinary intervention, Undercover Asian carries little significance outside the confines of critical race studies. While this is certainly a minor issue for such a well-argued and enlightening text, it’s an issue that prevents the book from addressing larger questions facing the media studies terrain.

The Matrix Resurrections Review: A Transcendent Journey of Renewal and Hope

Review: A Field in England