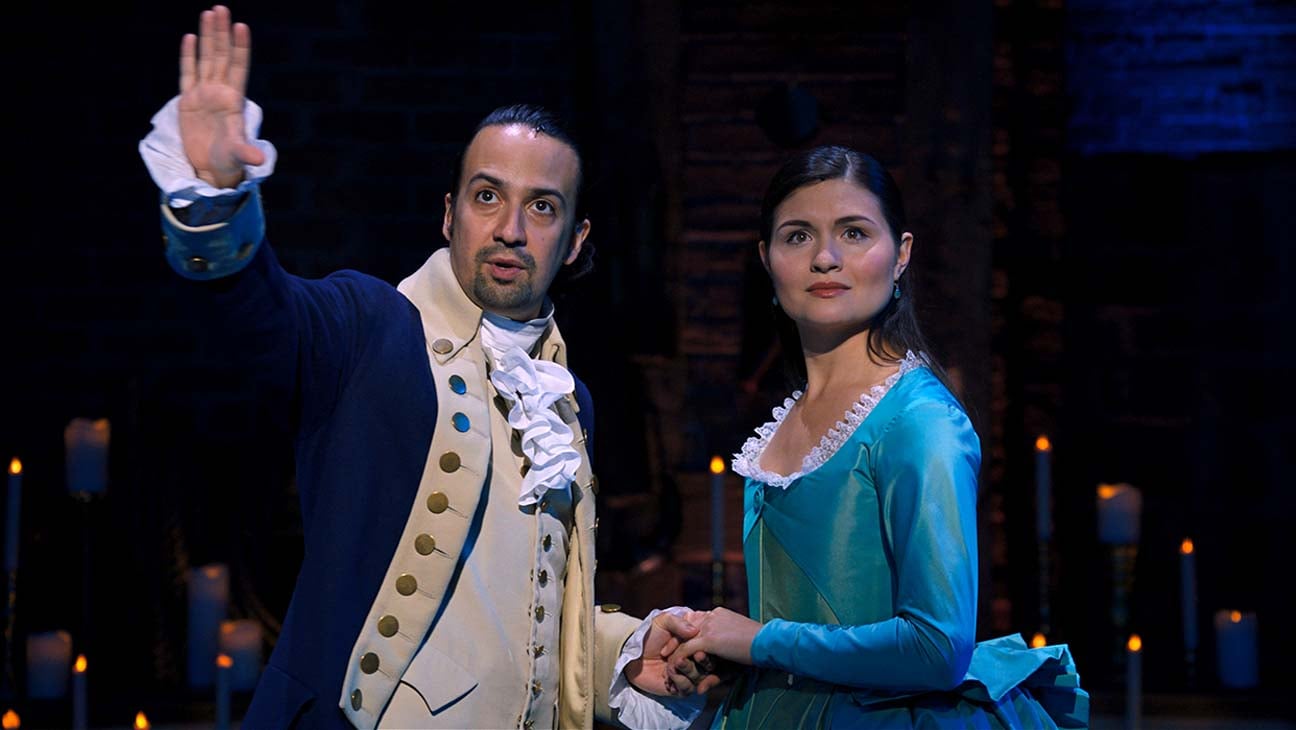 The actual physical production of Hamilton has never been at the heart of the show’s fandom. Its lyrics have been memorized en masse, Hamilton-inspired history courses have been created across grade levels, and its references have invaded the vernacular, but, for most, Hamilton’s liveness has been inaccessible, whether due to geography or unaffordability. Hamilton the film, recorded over two Broadway performances in 2016 with most of the original Broadway cast, winningly celebrates the still-surprisingly rich density of Lin-Manuel Miranda’s score and the show’s much-heralded actors. But this new iteration is most stunning in its devotion to translating Hamilton’s swirling, churning storytelling—the work of director Thomas Kail and choreographer Andy Blankenbuehler—to the screen.

Most films of live theater feel partial and remote. There’s usually a sense that with every move of the camera we’re missing out on something happening elsewhere on stage. The autonomy of attending theater in person—the ability to choose what to focus on—is stripped away. But instead of delimiting what we see of Hamilton, this film opens up our options. Even when the camera (one of many installed around, behind, and above the stage) homes in on a lone singer, the shots tend to frame the soloists in a larger context: We can watch Aaron Burr (Leslie Odom Jr.), but we can also track the characters behind him or on the walkways above him. Every shot is rife with detail and movement: the rowers escorting Alexander Hamilton’s (Miranda) body to shore, Maria Reynolds (Jasmine Cephas Jones) hovering beneath a stairway as Hamilton confesses his infidelities to Burr, ensemble members dancing in the shadows of David Korins’s imposing set. There’s no space to wonder what might be happening beyond the camera’s gaze.

Off-setting the cast album’s appropriate spotlight on the show’s stars, the film, also directed by Kail, constantly centers the ensemble, even when they’re not singing, as they enact battles and balls or symbolically fly letters back and forth between Hamilton and Burr. Audiences who mainly know the show’s music may be surprised by how often the entire cast is on stage, and even those who’ve seen Hamilton live on stage will be delighted by the highlighted, quirky individuality of each ensemble member’s often-silent storytelling.

Kail shows impressive restraint, withholding aerial views and shots from aboard the spinning turntables at the center of the stage until they can be most potent. The film also convincingly offers Hamilton’s design as a stunning work of visual art, showcasing Howell Binkley’s lighting—the sharp yellows as the Schuyler Sisters take the town and the slowly warming blues as Hamilton seeks his wife’s forgiveness—just as thoughtfully as it does the performances.

And when the cameras do go in for a close-up, they shade lyrics we may know by heart with new meaning. In “Wait for It,” Burr’s paean to practicing patience rather than impulsiveness, Odom (who won a Tony for the role) clenches his eyes shut as he sings, “I am inimitable, I am an original,” tensing as if battling to convince himself that his passivity is a sign of strength and not cowardice. When Eliza Hamilton (Philippa Soo) glances upward and away from her ever-ascendant husband as she asks him, “If I could grant you peace of mind, would that be enough?,” it’s suddenly crystal clear that she’s wondering whether taking care of Alexander would be enough for herself, not for him, her searching eyes foreshadowing her eventual self-reliance. And there’s an icky intimacy unachievable in person when Jonathan Groff’s mad King George literally foams at the mouth in response to the ingratitude of his colonies.

The production’s less understated performances, like Daveed Diggs’s show-stealing turn (also Tony-winning) in the dual roles of the Marquis de Lafayette and Thomas Jefferson and Renée Elise Goldsberry’s fiery embodiment (yes, also Tony-winning) of the shrewd, self-sacrificing Angelica Schuyler Church, benefit, too, from the way that the film’s pacing latches onto Miranda’s propulsive writing. In Jefferson’s return home, “What’d I Miss,” the camera angles change swiftly as if to keep up with Diggs’s buoyancy.

Despite Christopher Jackson’s warm and gorgeous-voiced performance, George Washington remains Hamilton’s central sticking point. While Jefferson receives a dressing down from Hamilton for practicing slavery, Washington, who once enslaved over 200 people at one time at Mount Vernon, shows up in Hamilton as a spotless hero who might as well be king if he wasn’t so noble as to step down. There’s a tricky tension at Hamilton’s core: Casting performers of color as white founding “heroes” allows the master narrative to be reclaimed, but it’s still a master narrative. For audiences familiar with the facts, the casting of black actors as slave owners (not just Jefferson) is an unstated, powerful act of artistic resistance against the truths of the nation’s founding. But for those learning their history from Hamilton, especially young audiences, they will still believe in Washington’s moral purity, even if they walk away picturing the first president as Christopher Jackson.

But Hamilton is complex and monumental enough of a work to hold conflicting truths at once. In attempting to recraft our understanding of America’s founding, it may fall short. In forcibly transforming the expectations for who can tell what stories on which stages, Hamilton has been a game-changer. And as a feat of musical theater high-wire acts, Miranda’s dexterity in navigating decades of historical detail while weaving his characters’ personal and political paths tightly together is matched only by his own ingenuity as a composer and lyricist of songs that showcase his characters’ brilliance without distractingly drawing attention to his own.

Dynamized by its narrative-reclaiming, race-conscious casting and hip-hop score, and built around timeline-bending reminders that America may be perpetually in the “battle for our nation’s very soul,” Hamilton, of course, also lends itself particularly easily to 2020 connections. But the greater gift is that Hamilton will swivel from untouchability as Broadway’s most elusive, priciest ticket to mass accessibility at a moment of keen awareness that, to paraphrase George Washington, history has its eyes on us. The show offers testimony to the power of communal storytelling, just as mighty on screen as on stage. That we are sharing Hamilton here and now offers as much hope as Hamilton itself.