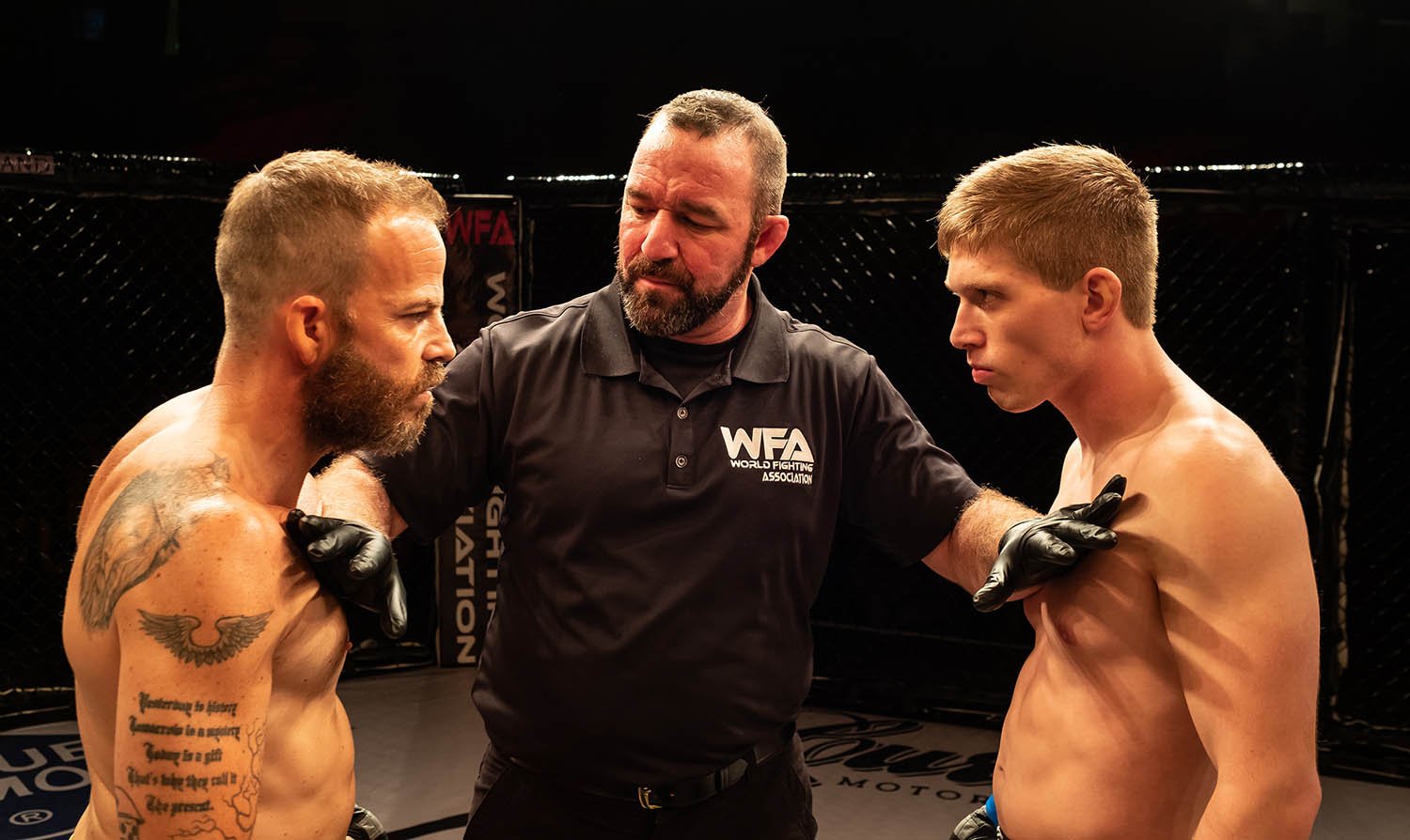 With his slick sense of style and brash, arrogant swagger, Cash Boykins (Stephen Dorff) feels like a clear nod to MMA fighter Conor McGregor. For his part, Dorff nails the verbal bravado and many of the physical tics of his real-life counterpart, but unfettered machismo is pretty much Cash’s sole defining trait in Nick Sarkisov’s Embattled, which fails to sufficiently interrogate the character’s inner turmoil or explore the circumstances that led him to become the bitter, enraged man that we see on screen.

The film’s paper-thin story tells us that Cash was abusive toward his first wife, Susan (Elizabeth Reaser), and their two boys, and we sense the looming shadow that he casts over their lives. That he’s seemingly kinder to his second wife, Jade (Karrueche Tran), and taken a recent interest in his older son Jett’s (Darren Mann) nascent MMA career initially suggests that he may be turning over a new leaf. But rather than show the humanity or psychological conflict of a man looking to make up for lost time, David McKenna’s screenplay revels in the force of his being as he berates Jett during practice and refers to his ex-wife and their younger special-needs son, Quinn (Colin McKenna), with hostile epithets.

Cash’s borderline cartoonish villainy makes it difficult for the audience to emotionally invest in the film. Even as the man’s contentious relationship with his older son leads to the 18-year-old emerging as the most sympathetic character, the subplots involving Jett’s conflicts indulge in all sorts of clichés. Scenes where Jett takes care of Quinn, looking out for him both at home and at school while their mother works extra hours to make ends meet, are overly familiar, though they bring a much-welcome tenderness to the film. But the storylines involving Jett’s ups and downs in math class and his setting his mom up with Quinn’s teacher, Mr. Stewart (Donald Faison), exude the garden-variety sentimentality of an Afterschool Special and feel particularly trite in comparison to Jett’s intense preparing to enter the MAA ring.

In the film’s last act, after a leaked video showing Jett knocking Cash out during a private dispute goes viral, there’s a wild and preposterous tonal shift. As the MMA league throws tens of millions of dollars at setting up a fight between the reigning world champion and his extremely inexperienced teenage son, Embattled becomes something akin to a revenge fantasy. Given the astronomical disparity in skill between the older and younger Boykins, the fight, and the half-hour leading up to it, is difficult to take seriously. But in positioning this fight as something of a hurdle that Jett needs to clear in order to put his troubled past behind him, Embattled commits a more egregious misstep, muddying its sense of moral righteousness by suggesting that violence and vengeance can only be defeated by more of the same.

Review: Vanguard Is All Cheap Nationalist Sentiment and Cartoonish Action