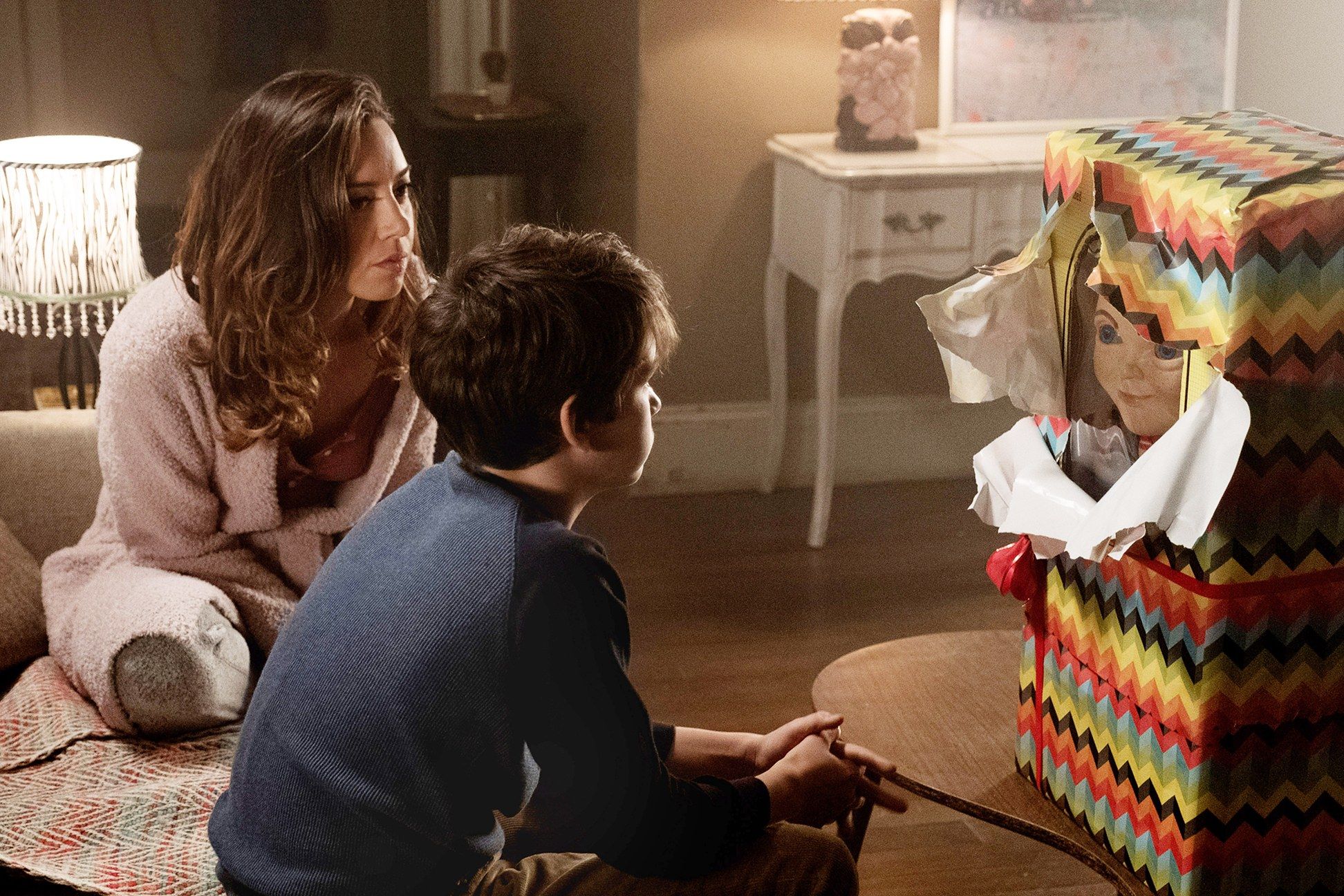 Much to the very public chagrin of Don Mancini, creator of the knife-wielding Chucky doll, Lars Klevberg’s Child’s Play unceremoniously wipes the slate clean by more or less pretending that the seven prior films (all written by Mancini) in the franchise never happened. On paper, the film certainly looks like another shameless Hollywood cash grab, an unnecessary reboot of a series that its creator had still planned on continuing. Its winks and nods to the 1988 original will certainly only serve to twist the knife even deeper into Mancini’s back. Yet, despite all signs pointing to a dearth of imagination, Klevberg’s film finds a new avenue from which to approach the Chucky mythos and does so with an initially gleeful cheekiness in its approach to the inherently absurd concept of a slasher toy run amok.

The voodoo-based origin story of the original Chucky, in which a serial killer is transported into the doll’s body, is here replaced with one of artificial intelligence gone bad. One of thousands in a line of technologically enhanced “Buddi” dolls, the new Chucky’s (voiced by Mark Hamill) lack of restraint when it comes to both speech and its capacity for violence stems from a disgruntled sweatshop employee who reprogrammed it before killing himself. In a clever twist, Chucky isn’t evil right out of the box. In fact, he uses a laser scan to immediately bond with the young Andy (Gabriel Bateman), who he will go to great—and eventually very unnecessary—lengths to protect. Chucky genuinely just wants to play with Andy, and simply learns that it sometimes takes a bit of bloodletting to achieve that goal.

It’s one thing for Chucky to wake Andy up in the middle of the night to sing with him, but when Chucky strangles a cat after it scratches Andy, the boy senses something might be off with his new toy. Pity that the boy’s mother, Karen (Aubrey Plaza), won’t heed his warnings. The subsequent escalation of Chucky’s psychosis makes for the film’s most unexpectedly amusing stretches, effectively playing the doll’s deadpan penchant for violence off of Andy’s horror at Chucky’s extreme reactions to his complaints about things that bother him. Whether it’s Chucky’s stalking of Karen’s asshole boyfriend (David Lewis) or his learning how to kill while Andy and his friends are watching Tobe Hooper’s The Texas Chainsaw Massacre 2, a much-needed levity accompanies Chucky’s growing fatal attraction to Andy, especially as his friends Falyn (Beatrice Kitsos) and Pugg (Ty Consiglio) come into the fold.

Once Chucky turns into a full-on psycho, though, Child’s Play starts taking the tongue-in-cheek bite out of its approach to horror, with the unconventional interplay between a boy and his toy sidelined by an abundance of mindless gore and jump scares. Although this final act allows the filmmakers to take more advantage of Chucky’s technological prowess, particularly the doll’s ability to record video and connect to nearly any electronic device, the humorlessness of Child’s Play by this point effectively transforms the film into the very thing it initially poked fun at: a dime-a-dozen slasher film with a silly-looking doll as the villain.