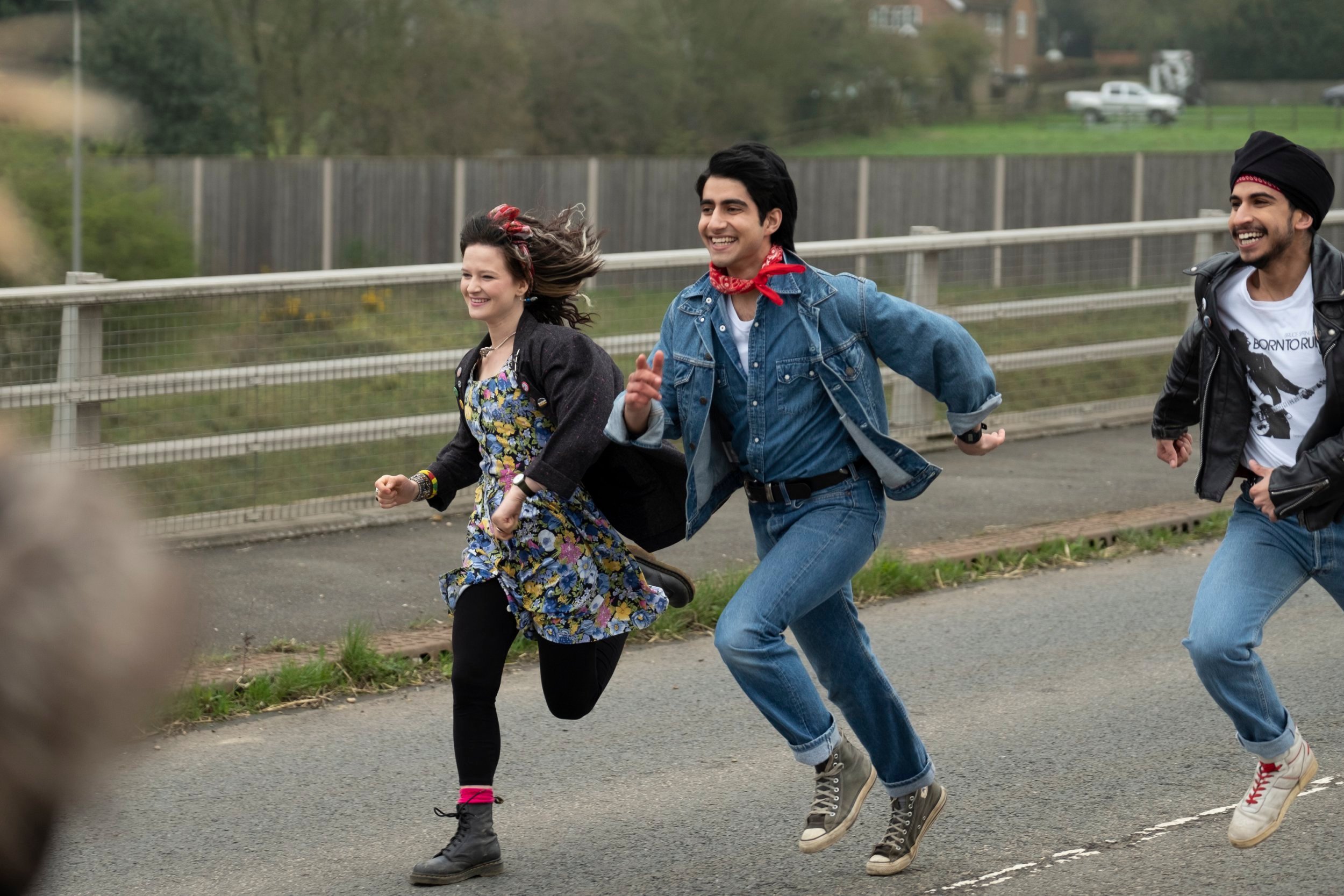 As rebel icons go, Bruce Springsteen is as unlikely as they come. One does not, after all, tend to look to a man nicknamed “The Boss” for advice on raging against the machine. But in 1987 England under Margaret Thatcher, amid economic turmoil and fascist demonstrations, a British-Pakistani teenager, Javed Khan (Viveik Kalra), hungers for a dissenting voice in his life. Javed is constantly at the whim of his domineering, recently laid-off father, Malik (Kulvinder Ghir), and his only real outlet for his troubles is writing poetry. But once his friend, Roops (Aaron Phagura), foists Born in the U.S.A. and Darkness on the Edge of Town cassettes upon him, Javed gets swept up in Springsteen’s music, hearing no small part of himself in the white American singer-singer’s working-class howl.

What follows in Gurinder Chadha’s Blinded by the Light is a wet, sloppy, public kiss to Springsteen that’s at once hackneyed and infectious. Inspired by co-screenwriter Sarfraz Manzoor’s 2007 memoir Greetings from Bury Park, the film has a love for Springsteen’s music that feels raw and real. For one, it sees no shame in Javed and his pals dorkily dancing in the streets to “Born to Run,” as the filmmakers understand that teenage obsession really is that all-encompassing, so open-hearted that it naturally teeters into absolute corn.

Blinded by the Light is also endearing for not feeling like its edges have been sanded off. Indeed, you may find yourself worrying about Javed plastering the walls of his room exclusively in Springsteen posters, or about the way he gives a teasing, zombie-like moan to the stick-in-the-mud kid running the school radio station: “Bruuuuce.” There is, the film understands, a dizzying thrill to finding yourself in something that’s not even explicitly designed for you, like you’re in on a secret. Springsteen certainly wasn’t thinking of a British-Pakistani kid when writing his lyrics, but they speak to Javed anyway.

Chadha’s film bottles a palpable emotion of unabashed joy, even when the rest of the story seems to barely hold together. Its comedy is always mugging and its melodrama is especially heightened, and to the point that scenes are apt to trigger secondhand embarrassment, as when Javed and Roops chant Bruce lyrics at boys harassing them. Much of the drama feels like the narrative of a music video, which needs to be big and obvious enough so that viewers can recognize what’s happening based on the imagery and the music alone. But with the songs stripped away in Blinded by the Light’s latter half, the supporting characters and themes are left as stumbling, half-sketched husks. It becomes clear that the music cues fill in so many gaps, standing in for whatever nuance might have otherwise supported scenes like a parade confrontation that relies on the blaring “Jungleland” sax solo.

Review: Cold Case Hammarskjöld Is a Gonzo Look at an Unsolved Mystery

Review: 47 Meters Down: Uncaged Soars When It Disregards Characterization