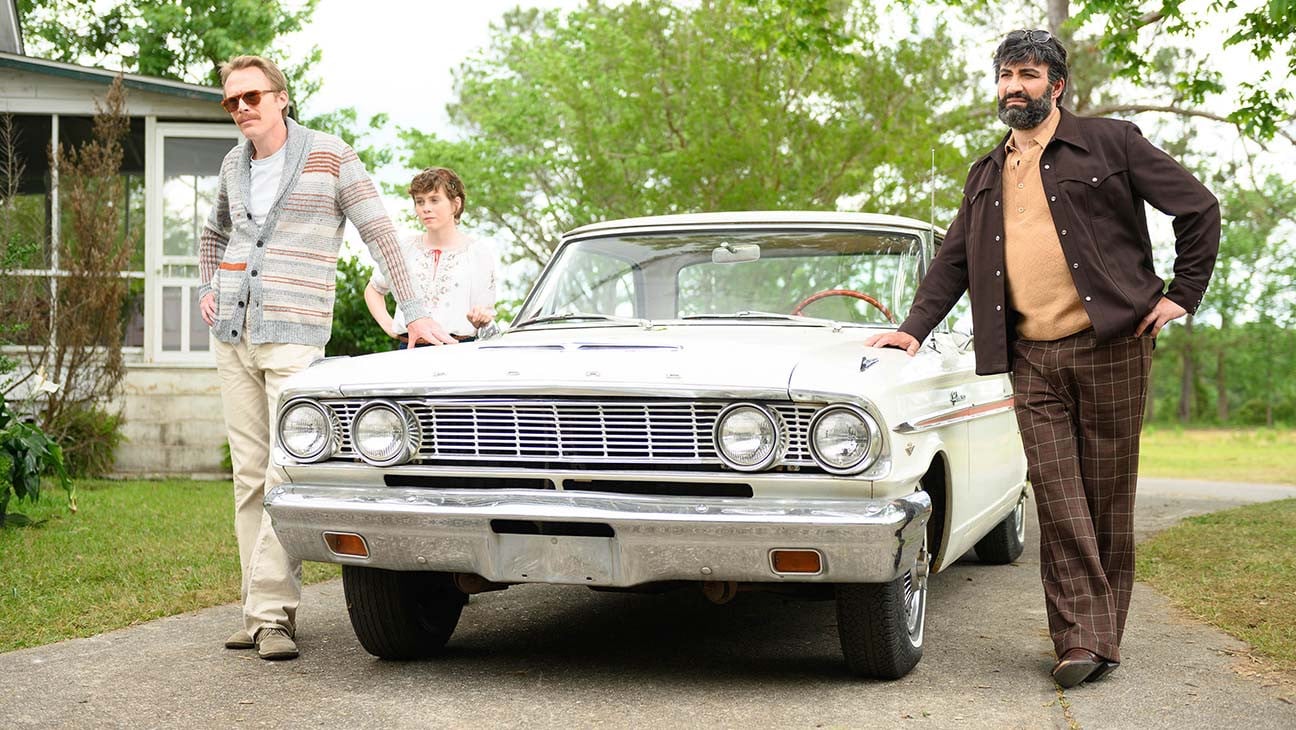 Alan Ball’s ‘70s-set Uncle Frank commences as a rare portrait of the love between an uncle and his niece. Beth (Sophia Lillis), a provincial teenager with cosmopolitan dreams, is in awe of her uncle Frank (Paul Bettany), a gay man living in New York City, a very long way from his South Carolina roots. “Uncle Frank was different,” Beth tells us in voiceover as we watch her pine for him at a family get-together. He was different than everyone around her because he was a college professor, his fingernails were always clear, and he used aftershave. But mostly because she could listen to him all day.

That sequence is shot like a conversation between lovers, slow-motioned laughter and all. But this isn’t the budding of incestuous love. It’s the sort of veneration that children are sometimes lucky enough to feel for the one adult in their midst who’s freer than most. Which is perhaps why many a queer uncle learns very quickly how disrupting their presence can be in family affairs. Frank represents a certain elsewhere. He truly listens to Beth, which visibly feels like some kind of a first for her. At one point, he tells her what she needs to hear with kindness—namely to believe in her dreams, which is code for her to get the hell out of the South. Four years later, she’s an NYU freshman obsessed with Harper Lee, Jane Austen, and Mark Twain.

When Beth moves to New York and they start hanging out, Frank can’t hide his homosexuality for long. After all, he lives with his long-term partner, Wally (Peter Macdissi), and an iguana named Barbara Stanwyck. Beth has never interacted with gay people before but gets used to the idea very quickly. And it’s at this moment, when the distance between uncle and niece shortens, that Uncle Frank ceases to be a tender portrait of outsider kinship and transforms into a histrionic road movie with screwball intentions, more interested in plot twists than the characters themselves. It’s an unfortunate pivot, as Ball loses sight of the sense of power that fuels the film’s early moments when his characters basically just gaze at each other, basking in what the other has to give, and something queer is transmitted.

When Frank’s father (Stephen Root) passes away, he drives back to the family home with Beth in tow. Also tagging along in a separate car, and much to Frank’s chagrin, is Wally, effectively triggering a predictable series of alternately kooky and unfortunate events, all interspersed with traumatic flashbacks to the source of the animosity between Frank and his father. It’s a whirlwind of melodrama that, before arriving at the obligatory happy ending, harkens back to the film’s initial quietude when Beth, sitting across from Frank at a diner, asks him, “Did you always know you were gay?” He responds that he always knew he was different, and in this moment Ball lets the characters breathe again, framing them much as he did at the start of Uncle Frank—in the midst of bonding, as a different sort of inheritance is passed on.