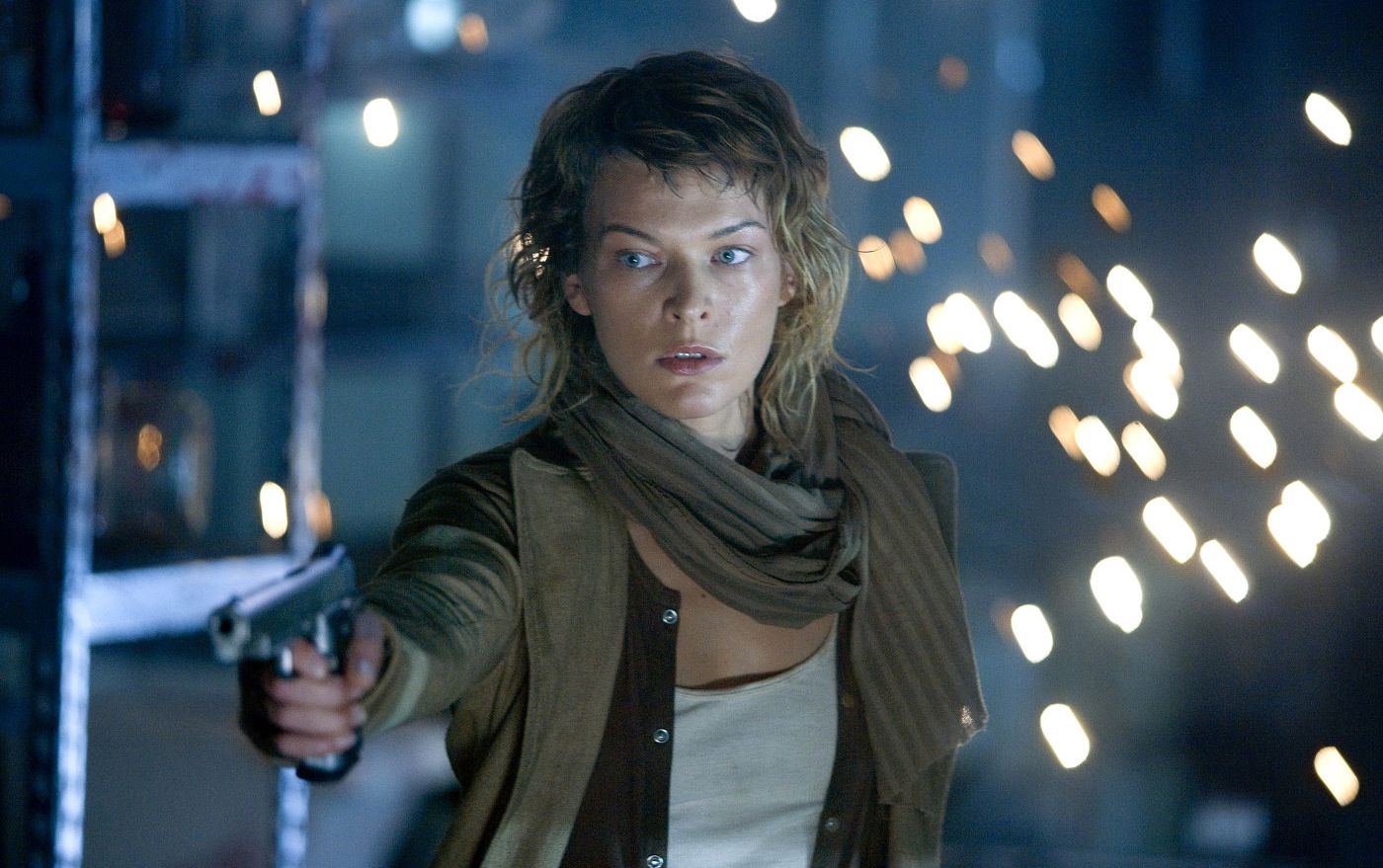 Russell Mulcahy’s Resident Evil: Extinction brings to mind an alt-metal remake of Romero’s Day of the Dead. The T-virus, killer of the living and raiser of the dead, has spread its destruction across most of the planet, and pockets of survivors move from place to place looking for the means to survive while the scientists of the Umbrella Corporation (the original architects of the virus) work feverishly in their labyrinthine underground facilities, first to find a cure outright and then—when chances of reversing the effects of the virus look slim to none—to domesticate the living dead into submission, like the taming of a wild animal. It’s to this film’s credit that it manages to stand on its own two feet despite such direct indebtedness to its genre forefathers, but like its immediate predecessors, its campy indulgences may be wanting for intelligence but what they lack in brainwaves they more than make up for with ass-kicking spectacle. In lowest-common-denominator fashion, the film derives the majority of its thrills from an alternation between audio and visual extremes, but it is this masterfully employed (however simplistic) approach that adds to—rather than detracts from—its sense of synthetic madness. The sleek soundtrack chugs along with the color-coded imagery while every intended shock delivers. Like its video-game source material (an entertainment milestone of this critic’s youth), Resident Evil: Extinction balks at the importance of logic or well-developed characters whenever such would otherwise impede on its candy-coated action extravaganza. How, exactly, does our heroine Alice (Milla Jovovich) afford herself lipstick and a hair stylist when the whole world’s gone to shit? Who cares—she looks hot, and while she lacks the dimensionality of, say, Sarah Conner, her knife-wielding skills are to die for.