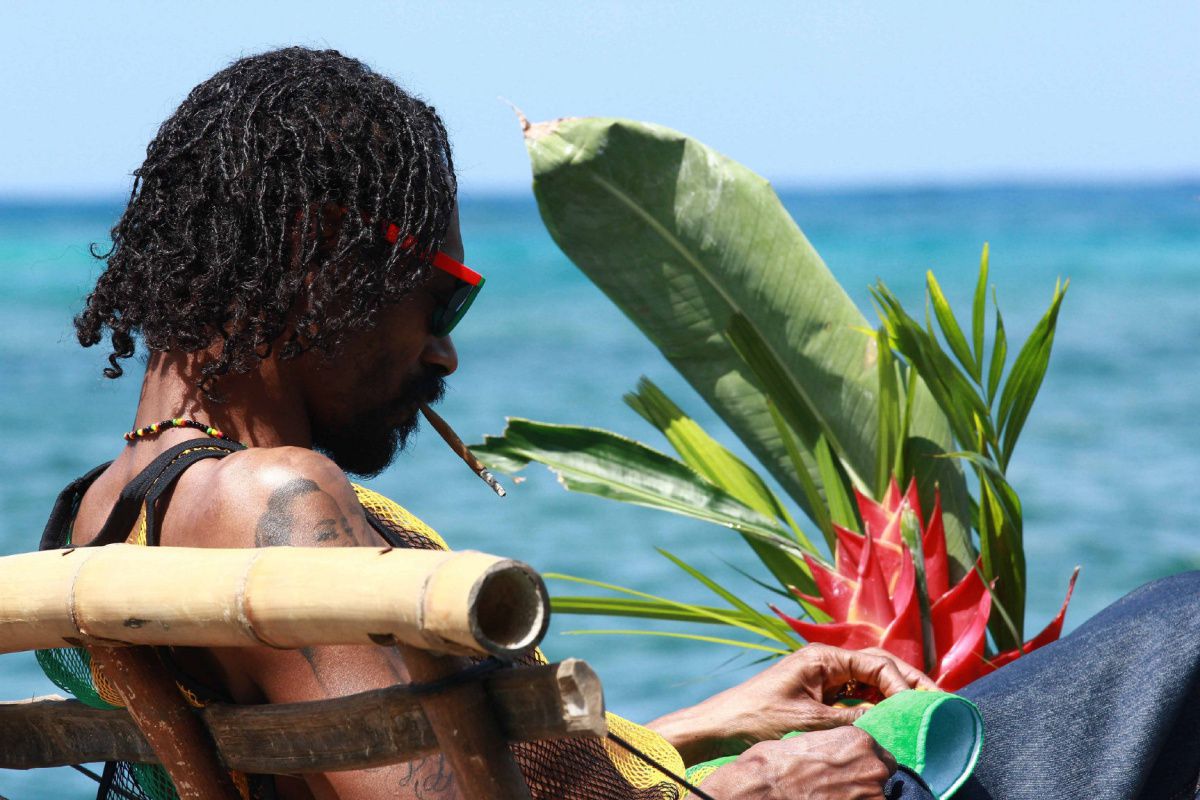 It will arrive as a surprise to nobody, stoned or not, that Reincarnated is a essentially 90-minute promo video carefully orchestrated by the artist formerly known as Snoop Dogg and his handlers. Snoop’s life-changing trip to Jamaica is demonstrated by the film’s director, Vice magazine editor Andy Capper, as an unbroken stream of spontaneous encounters with reggae legends, ghetto thugs, and music producers, as if Snoop snapped his fingers on some airport tarmac and all of Jamaica answered magnanimously. He goes on to describe the untimely death of his contemporary Nate Dogg as the necessary spur for both the voyage and the new album. As Snoop explains portentously more than once, “It’s called Reincarnated,” and by the film’s final minutes, both the man and the musician will be redubbed “Snoop Lion.”

The documentary works best when Snoop describes the relationship of truth-telling to poverty, averring he had no choice but to become a rapper. The filmmaker’s main resource in telling this “story” with any sense of balance is a series of long, ostensibly intimate conversations with Snoop, though the rapper hangs his head low from start to finish, more than likely reading his answers off of cue sheets. He discusses the old days, musical stagnation, growing up without reliable male role models, and his inevitable slide into crime. Talking from slums or mountains, Snoop gives off a certain joie de vive. It probably comes from taking bong rips in the backseat of an SUV while being driven through forests to a hidden dugout for more bong rips, a morning ritual that usually culminates in still more bong rips in the studio (with producer Diplo, among others). During studio breaks, he tells his downtrodden Jamaican acolytes not to despair because, “We got music right here in our pocket.”

How to be, in the artist’s own words, both “lovable” and “pimpin’”? Snoop goes on to detail how he and his songs used to stand for violence, hate speech, drug pushing, and misogyny. No more. He promises repeatedly that he’s a new man, and that he’s come to realize that he has the potential to stand for so much more. The director’s biggest moment of inspiration arrives during Snoop’s first ad-hoc concert of the new songs; he positions the artist on the roof of a recording studio, mimicking Fab 5 Freddy’s 1993 video for Snoop’s “Who Am I? (What’s My Name?)” But the tragedy of Reincarnated is less Capper’s than Snoop’s. Building the hype apparatus around himself preemptively (unlike, let’s say, Dave Chappelle, who went AWOL while his show was on the air, only to be found in South Africa taking spiritual “inventory”), Snoop has no choice but to execute his plan as gloriously as possible. If the philosophical dilemmas inherent in deciding to be, public image-wise, made anew before such a transformation has actually taken place are lost on Snoop, there’s a ripple effect on screen, as Capper and his crew certainly seem less than willing to challenge their star/co-producer.

Maybe Snoop despaired privately over appearing disingenuous (it’s unlikely), but Reincarnated doesn’t seem to pride itself on asking tough questions. An early “vérité” moment sees Snoop visiting a reformatory school for orphaned Jamaican boys. The headmistress explains the institutional belief in the reformatory power of music, and Snoop nods his head enthusiastically, positing that music saved his life. Eventually he saunters into a classroom holding an orchestra of around two-dozen kids, and they stop their lugubrious jazz altogether, in awe of the megastar from Long Beach. The teacher gets a new riddim going, introduces some verses, and then teasingly kicks it over to Snoop. The tension evaporates as he freestyles a (very slow) paean to the school, a moment that topples into gleeful applause and fistbumping. From the bottom of Snoop’s heart, he’s given them a gift that’ll last longer than any tax-deductible donation: the honor of workshopping a late-period Snoop Dogg song.