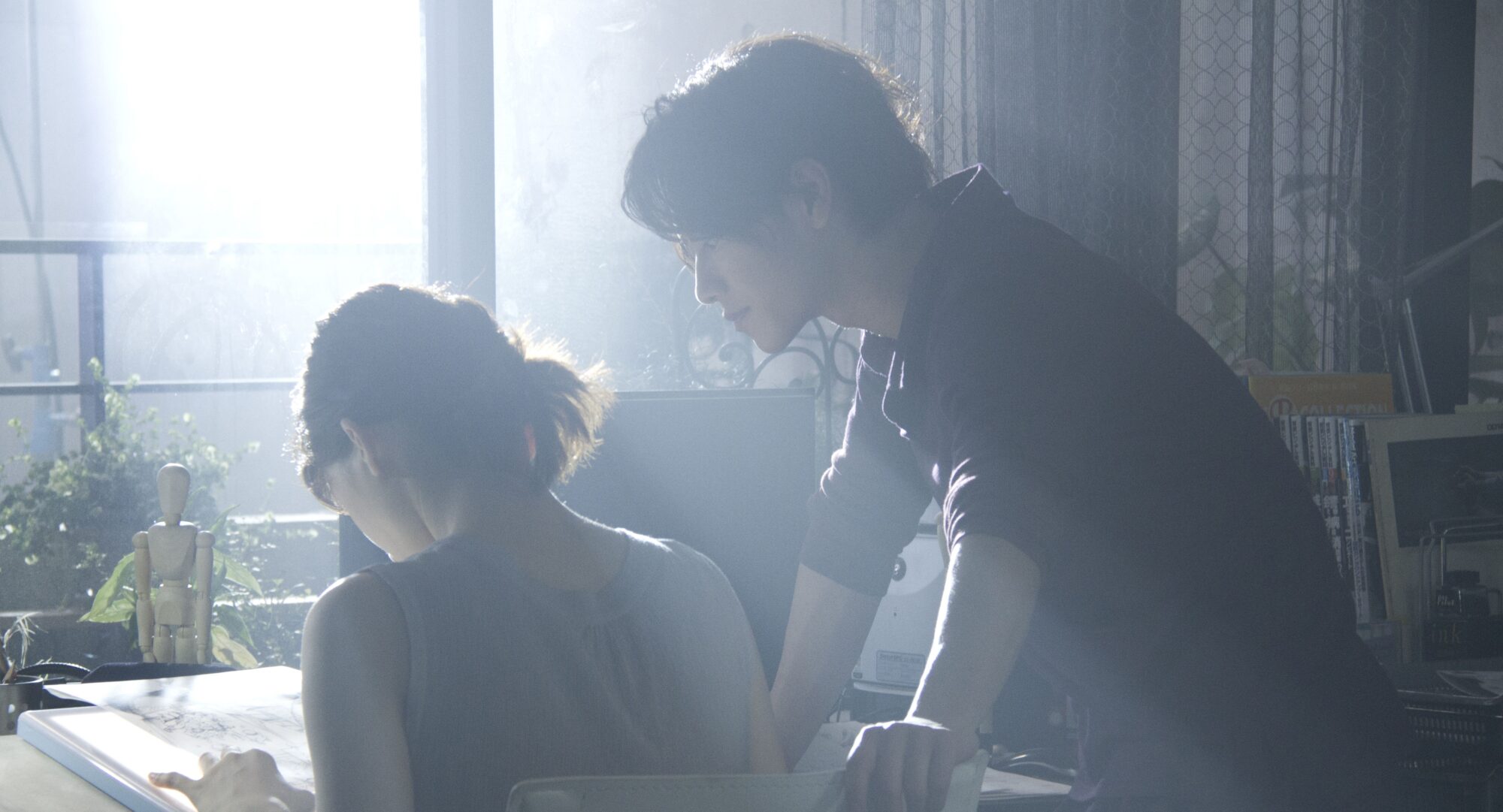 The central mystery of Kiyoshi Kurosawa’s Real revolves around an image: a childhood drawing of a giant plesiosaur. When Koichi (Takeru Satô) begins utilizing “sensing” sessions to digitally enter the comatose mind of Atsumi (Haruka Ayase), a well-known manga artist and his longtime girlfriend, it’s this early, obscure sketch that promises to shake Atsumi out of her coma. And in its early-going, this ambitious and strange melodrama plucks at the same nerves as Kurosawa’s thrillers, notably his masterful Pulse, by seeing how advanced technologies reshape and give revitalized power to old fears. Kurosawa remains a high priest of the eerie and unexplainable, and Real initially feels like a not-unwelcome return to supernatural terrain following Tokyo Sonata, his lovely, poison-tipped family drama.

Koichi and Atsumi regularly connect through “sensing” machines, and at first their relationship has the veneer of routine, but then, of course, comes the rub. As Koichi spends an increasing amount of time in the coma world, it begins to resemble the setting of Roomi, a manga about a murderous psychopath that’s brought Atsumi significant fame. Frightful images abound in this subconscious environment, from a flooded bedroom to mangled corpses and spooky, synthetic-looking avatars of real-life people referred to as “philosophical zombies” that wander around without much rhyme or reason.

This would all seem like vintage Kurosawa, up until the film switches perspectives. As it turns out, the entire first half of the film has been a fabrication, a fantasy concocted by Koichi, who’s actually the one in the coma. In essence, the director spends an hour building up a nerve-wracking, off-kilter depiction of what the preparations for “sensing” are like from the other side, the comatose side, and this narrative switch takes us into the “real” world. It’s an uneasy turn that causes the ensuing drama to feel strained and aimless, as the search for the plesiosaur drawing brings up a long-hidden secret that Koichi and Atsumi have shared since childhood. Their revelation of the truth, which revolves around a drowning accident, coincides with Koichi’s worsening condition, but it all registers as middling until the utterly bizarre conclusion, in which the couple faces a fantastical manifestation of the repressed guilt they have, more or less, built their relationship on.

There’s an unhinged rage that Kurosawa is able to convey through the wildness of the plot and his quietly unnerving exploration of Atsumi’s interior landscape. And there’s potent sadness to his portrayal of the life of an artist, one where digital existence and fantasy become more alluring and manageable than reality. The reconciliation and settling of Koichi and Atsumi’s shared grief, however, is at once unique and terribly pointless, as its outrageousness deters the more fascinating issues of the creative life’s dominion over actual life. The film’s more somber, pensive elements feel snubbed out in a mad dash, and yet the immediacy and the fury of Kurosawa’s violent emotions resonates in spite of the film’s atonal second half. In Real, the past is a mad beast that must be at once faced and kept at bay, but Kurosawa too often loses grip on his own reins.