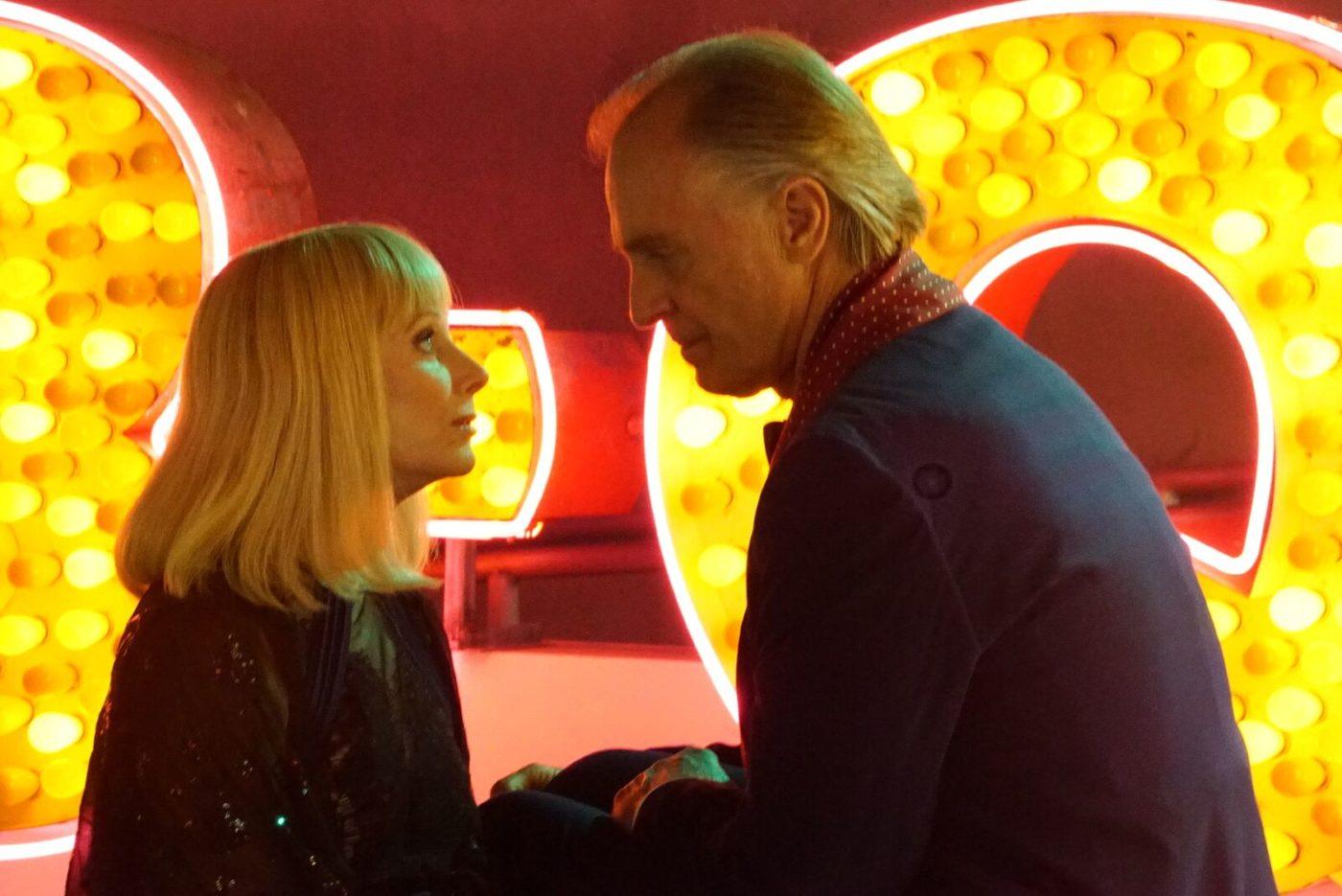 In Ray Meets Helen, the characters speak in a seductive and charmingly flaky fashion that’s distinctive to filmmaker Alan Rudolph, the writer and director of purplish classics such as Choose Me and Trouble in Mind. When an insurance executive, Harve (Keith David), is facing pressure to commit to a woman, he doesn’t say that he’s getting too old for this shit, but rather “Look, look, look: I ain’t no recovering poet. Sixty-two and single. By design. I don’t do love. No, I don’t even pretend to. Never have. Can’t. Won’t.”

Harve isn’t speaking as most people would, but as they might wish they could long after the opportunity’s escaped them. Harve talks with a musicality that suggests a pentameter as fashioned by Raymond Chandler, Charles Bukowski, or Tom Waits—which is to say that he utters lines that are less in love with love than with the opera of loneliness as influenced by pulp films and jazz and paintings such as Edward Hopper’s Nighthawks. The kind of loneliness that offers a hint of transcendence via the intensity and grandeur of its beingness, reminding us that we’re alive and allowing us to flatter ourselves as bruised and eccentric romantics who’re at the center of our own films.

Rudolph understands the poignant, revealing silliness of such fantasies, which he lightly parodies and profusely indulges. This is the Rudolph touch: an ability to have his genre-infused cake and to eat it too, in a postmodern, tonally limber fashion that’s empathetic rather than elitist. When Ray (Keith Carradine) camps out in a stereotypically snobbish French restaurant, spying on his ex-wife, Ginger (Jennifer Tilly), with a pair of binoculars, Rudolph is alive to the ludicrousness of the situation without condescending to it. The restaurant, awash in neon hues, is a barely populated stage, a dream cocoon out of a noir. And spying on Ray is Helen (Sondra Locke), who’s nearly as lost and melancholy as he is. We’re invited to drink in the charisma of the actors as they marinate in the past while proffering a weirdly sexy vision of regret.

Like many of Rudolph’s best known films, Ray Meets Helen is a series of loosely connected riffs, and its charm and freedom spring from its unwillingness to commit to any particular tangent and to Rudolph’s ever spry and roaming sense of space within the frame. Motifs and threads merge together, blurring specificities to arrive at a deliberately vague wistfulness. In Ray Meets Helen, Rudolph offers a sampler course of his greatest hits, dusting off a number of stock characters and situations—the washed-up boxer who falls into a payday, the insurance scam, the philandering best friend, the lonely farm wife—and mixing them up into a cocktail of glamour, glitz, and the dime-store philosophy that one savors in genre films.

What’s new in Ray Meets Helen is the age of its protagonists. Ray isn’t played by the cocksure Carradine of Choose Me, just as Helen isn’t played by the volcanic Locke that one might remember from a few of Clint Eastwood’s 1980s-era films. They’re older, shaggier, and—this is the fount of the film’s vitality—as magnetic as they’ve ever been. Carradine takes a moment that should be laughable, in which Ray mourns his ruined boxing career while he plays a piano, and informs it with mighty, autumnal vulnerability. The actor hits Rudolph’s elliptical stanzas with a graceful, featherweight mastery that telegraphs his roots in music. Locke is similarly adept, informing Helen with an absurdist intelligence that’s reminiscent of Elaine May’s characters.

Rudolph shrewdly utilizes his actors’ complementary energies. Ray is an old-school man given to verbal thrusts that have grown shaky and desperate over the years, which Helen parries with a volley of rhetorical flourishes that evolve from puckish to existential. Occasionally, Rudolph’s orations are punctuated with short comic declaratives that are so inventively succinct they become aphorisms. Ray: “Are you okay?” Helen: “I always thought so.”

In Ray Meets Helen, a sense of encroaching irrelevancy parallels the invisibility the characters feel, informing the narrative with a haunting and autocritical echo effect. The empty settings refute the cacophony of modern discourse, and smartphones are rarely seen and the internet is rarely consulted. When Ray needs a ride, he summons a yellow cab. Even the emphasis on roleplay and assumed identities conjures a bygone era in which we aren’t under perpetual surveillance. Ray and Helen attempt to enter contemporary society on false pretenses, hounded and aided by figurative and literal ghosts who remind them of who they might’ve been, and which are visualized by lo-fi effects that bolster the film’s sense of timelessness, sometimes bringing to mind the poignantly insular late-period work of Alain Resnais. After 15 years away from the cinema, Rudolph reminds one of the suggestive potency of his films, displaying a playful, intellectualized romanticism that shouldn’t be consigned to the past.

Review: Racer and the Jailbird

Interview: Xavier Beauvois on the Making of The Guardians