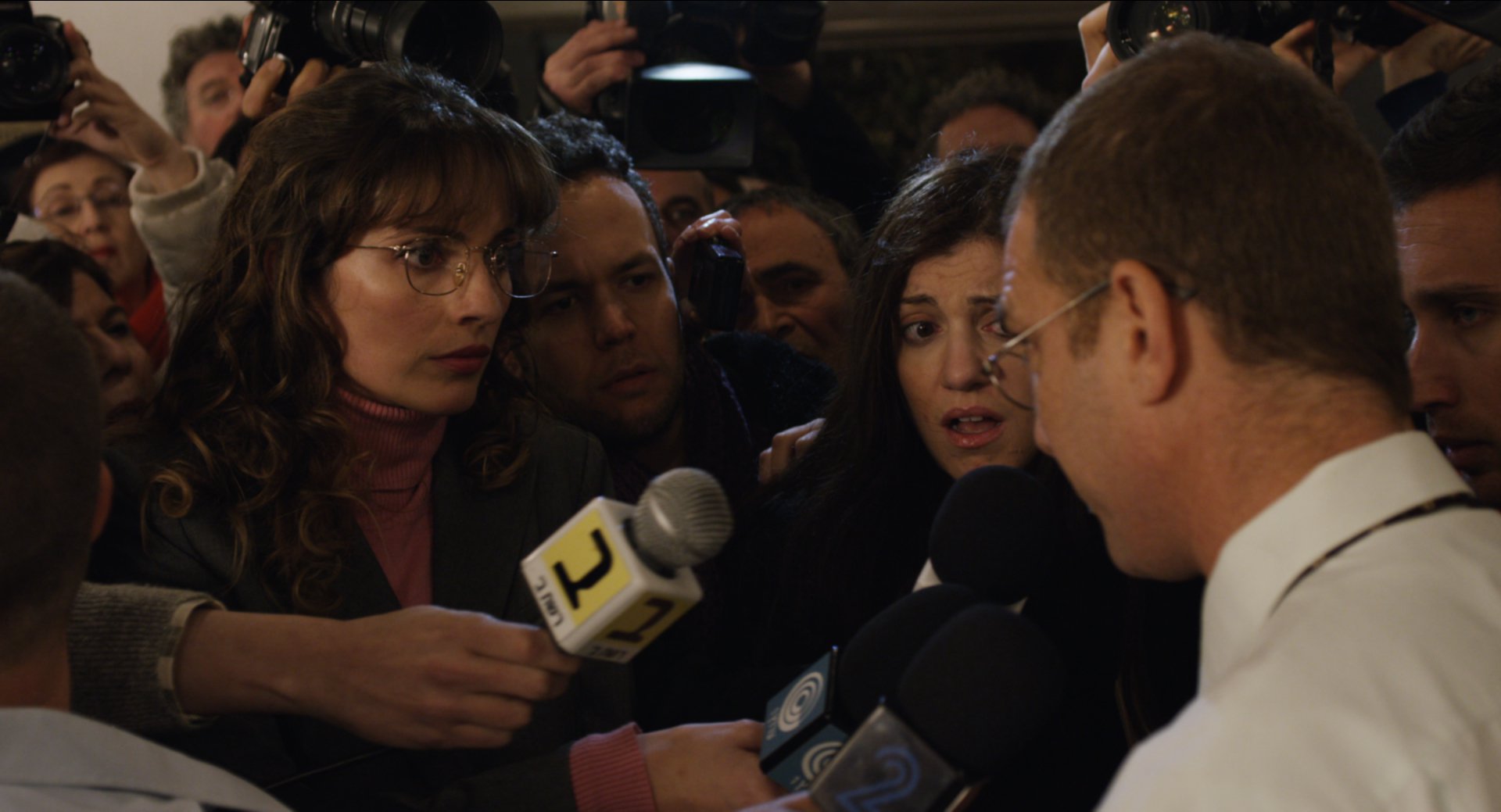 As Rabin, the Last Day opens, Shimon Peres sits across from a reporter talking about the events that led to the assassination of Yitzhak Rabin, the fifth prime minister of Israel, at a 1995 rally. Peres’s interview is contemporary, with the lifelong politician, who would become prime minister himself in 2007, fielding questions with a candor that suggests his answers are either rehearsed or even scripted. Once the scene concludes with a clearly stated sentiment of lament, it’s apparent that director Amos Gitai didn’t simply find this interview from the archive, but staged it himself.

Combining archival footage and docudrama recreations side by side makes the film an odd and often frustrating experience in its pursuit to reveal the crooked nature of Israeli reportage on Rabin’s murder and that the Shamgar Commission, which was set up to investigate the assassination, was neither led by a noble band of truth-seekers nor an utter sham in its pursuit of justice. Instead, Gitai depicts the hearings almost objectively, recreating the events by using a shot/reverse-shot scene structure that presents conversations without breaking from its distancing presentation.

In such scenes, various witnesses take a seat in front of the committee’s three members and answer questions about their whereabouts on that fatal evening. The committee is largely baffled about how local security, who was instructed to only allow certain people near Rabin, could have allowed such a flood of people into the heart of Tel Aviv, especially following months of protests against Rabin’s left-wing message of peace between Israelis and Palestinians. At one point, a doctor describes the graphic details of Rabin’s wounds and why medical staff were unable to revive him. As presented, these testimonies play out like dutiful elements of a procedural.

Nevertheless, an early scene refutes these trends, as archival footage of Rabin’s murder dissolves into an initial glimpse of the yet-to-be-formed committee members sitting behind a roundtable discussing their plan of action. The camera tracks to reveal video footage of the prime minister’s assassination depicted behind them on a screen, before then tracking a bit further to where the man who shot the footage sits at a table and is being interrogated about how he managed to capture the slaying.

The film scarcely names any of its characters, as faces rather than names dominate scenarios. When the man stands up to look at some documents in the adjacent library, the camera follows him and continues the single take. The shot’s trajectory goes from oral communication to video surveillance, landing on a background of books that could seemingly hold the answer to understanding why rather than how Rabin was killed, which is the committee’s primary aim. As they tell one defendant midway through the film, their job isn’t to “intellectualize the [murder’s] ideological components.”

Rabin, the Last Day also dwells within the religious spaces that prompted a 25-year-old, observant Jewish student to commit the heinous act, but even here, Gitai defers a more calibrated perspective in favor of detached realism, where characters enter the frame and speak without the film intervening to make greater sense of their words. The film doesn’t lack perspective; rather, its vantage point too loosely assembles an argument by focusing, almost obsessively, on reassembling a tangible timeline of events. As an audio-visual replication of court documents, the film succeeds, but that modest accomplishment is ultimately overshadowed by Gitai’s reluctance to put his own, potentially dynamic directorial insights into play.