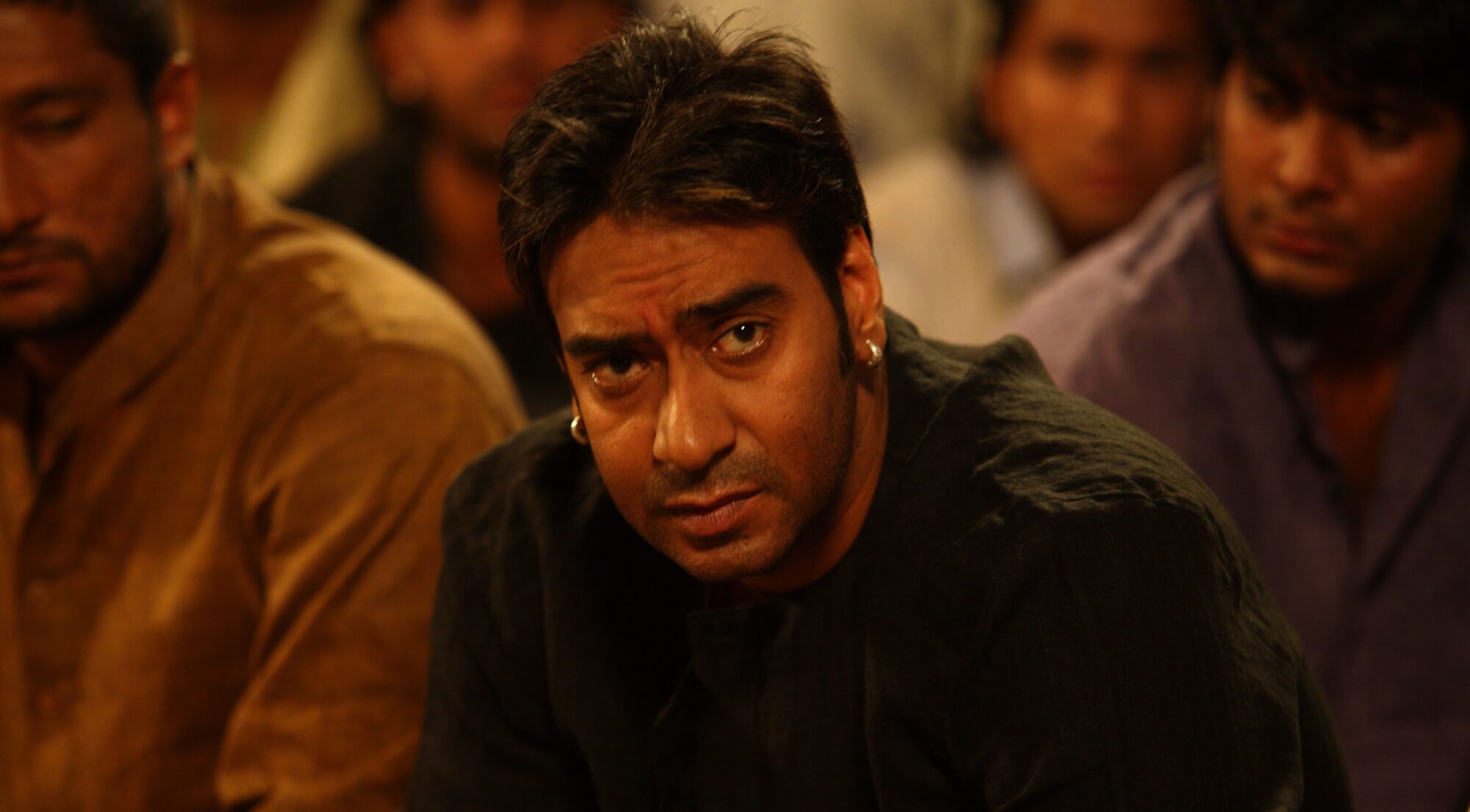 Beneath the unrelenting, eardrum-piercing score and outlandish melodrama of director Prakash Jha’s Bollywood import Raajneeti lies an intriguing tale of a corrupt, affluent family run amuck with power. The film begins like a story seemingly lifted from the Bible: The firstborn of an unwed, prominent woman is briskly taken post-labor (the whereabouts of the baby is later revealed in dramatic procession, of course). Cut to about 25 years later, when we meet the intellectual son of the party leader, Samar (Ranbir Kapoor), who just arrived home from studying abroad at a university in the States. He is initially apprehensive about getting too involved with the family’s agenda, but soon finds himself in the driver’s seat after his father is assassinated and the party is split in two.

A taut, cynical portrait of India’s current political landscape, Raajneeti plucks scenarios and characters right out of the The Godfather films; in both the physical look and narrative-trajectory, Samar is basically a Xerox of Al Pacino’s pensive, quietly brutal Michael Corleone. Surprisingly, the film is sans musical numbers. Well, except one: an awkwardly inserted sing-and-dance club scene celebrating the soon-to-be-interrupted union between Samar and the girl who crushes on him, Indu (Katrina Kaif). At its best, this epic exposes the debacle that is India’s democratic system: The two opposing party sides use sometimes violent, questionable policies to dethrone the other’s fervid ambitions, and one unforgettable moment finds Samar’s brother, Prithviraj (Arjun Rampal), maniacally bombarding the head of police with several armed guards, taunting him as he leaps into his lap in crazed fashion.

Jha’s film is mostly a satirical soap opera, though, and the partly stiff-acting and tear-inducing reveals consequently shroud the film’s more earnest efforts at dissecting the bureaucratic, back-alley dealings. The elaborately staged backdrops, hundreds of extras, and brightly traditional costumes somewhat heighten—if not distract from—the emotional weightiness of this timely, and lengthy, subject matter. You have to applaud the director for challenging India’s state of affairs, but within the overwrought context of Bollywood—and, in this case, action-packed—the well-intentioned choices practically go unnoticed.