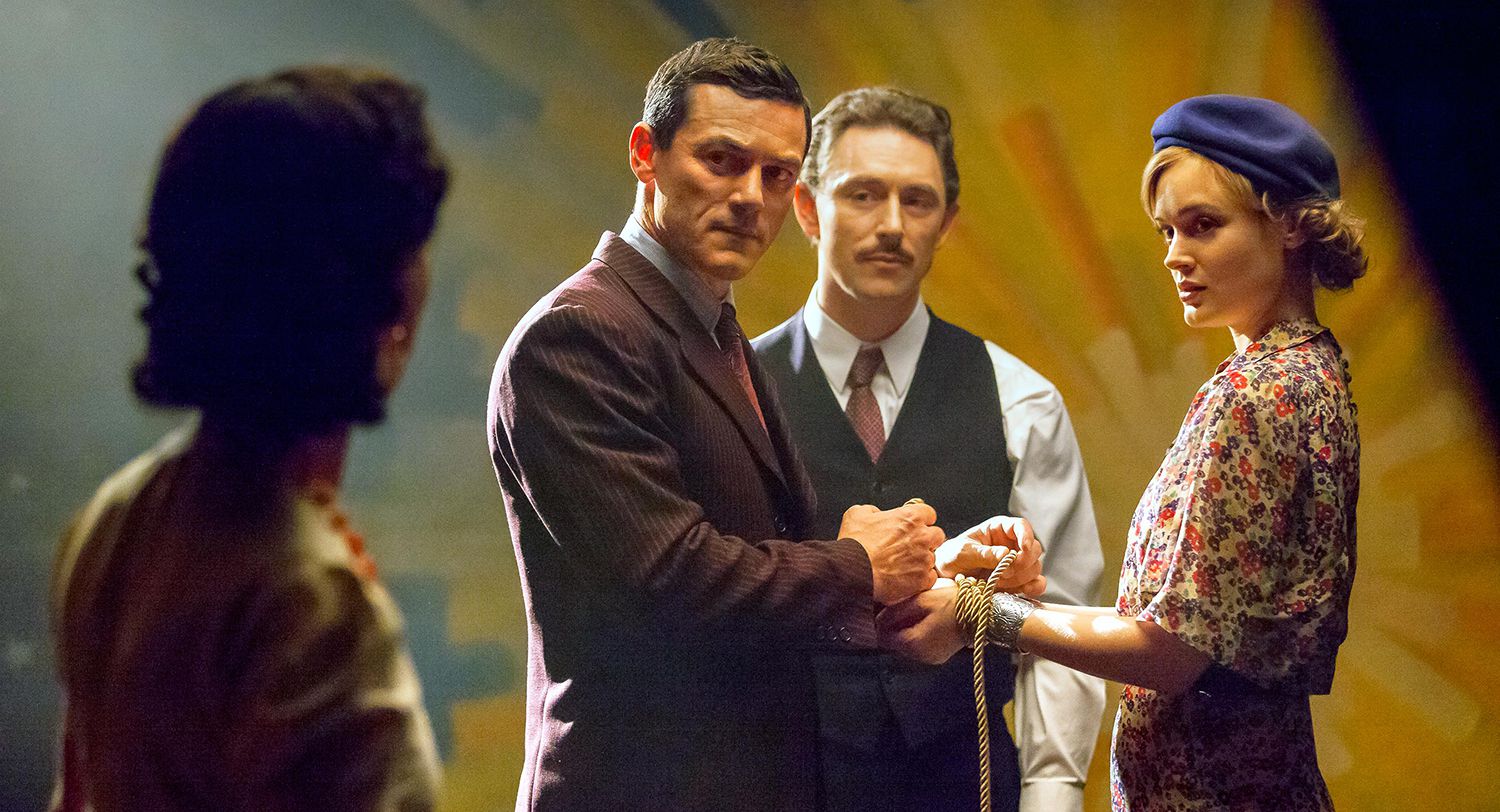 The paradox of biopics is familiar to anyone who’s been so excited to tell a story to a friend that they rushed through it, missing the details that made their experience worth sharing. Screenwriters and directors make this mistake all the time, becoming so fascinated by a person over years of research that it feels as if the subject’s value is self-evident. This myopia produces two common tendencies: including too much story in too little time and, in the process, diluting the details which inspired the obsession. Writer-director Angela Robinson’s Professor Marston and the Wonder Women does both.

The film concerns the polyamorous relationship between two married psychologists, William (Luke Evans) and Elizabeth Marston (Rebecca Hall), and their research assistant, Olive Byrne (Bella Heathcote), that inspired the creation of Wonder Woman. There’s a great film to be made from this premise, an inherent energy in combining people with an intimate knowledge of the dynamics of manipulation, a three-sided romantic relationship and its possibilities for envy and confusion, and the taboos of sexual kink. But Professor Marston and the Wonder Women can’t quite figure out how to show the tensions that follow those conditions, so it settles for telling.

Throughout, internal conflict becomes external, and the passions and irrationalities of human emotion are condensed into explanatory dialogue. William, Elizabeth, and Olive discover that their feelings for each other are mutual not through expressions or gestures, but from interrogations aided by a lie detector. As the film makes broad, temporal leaps, it moves from the intimacy of its central relationship to the controversy surrounding Wonder Woman and its creators, and its conflict is reduced from interpersonal volatility into a fight against an evil, undifferentiated “other”—neighbors, colleagues, and censors who exist as symbols of intolerance.

Great comics with simple conflicts can compensate with style, with shape, color, shading, or, in the case of early Wonder Woman issues, a radical sexual subtext conveyed through allusions to bondage and sadomasochism. Professor Marston and the Wonder Women doesn’t possess a similar strain of mischief in its images, sounds, or performances. The film’s style isn’t much of a style at all, but rather an adherence to legibility: Robinson’s aesthetic concerns are those of clarity (visual symmetry and the kind of lighting that lets you know that it was arranged by Hollywood professionals) and temporal fidelity (costumes, settings, props, and so forth).

But Robinson’s characters need more than that. William, Elizabeth, and Olive staked their reputations on a socially toxic relationship and a superhero that they hoped would become an icon of feminism and sexual liberation decades before either gained significant cultural traction. They were ambitious and a little crazy, and only Hall gives any sense of that subtext. Evans and Heathcote often appear as if they’re thinking about their stage directions.

Interview: Agnès Varda and JR on Finding the Art in Life with Faces Places