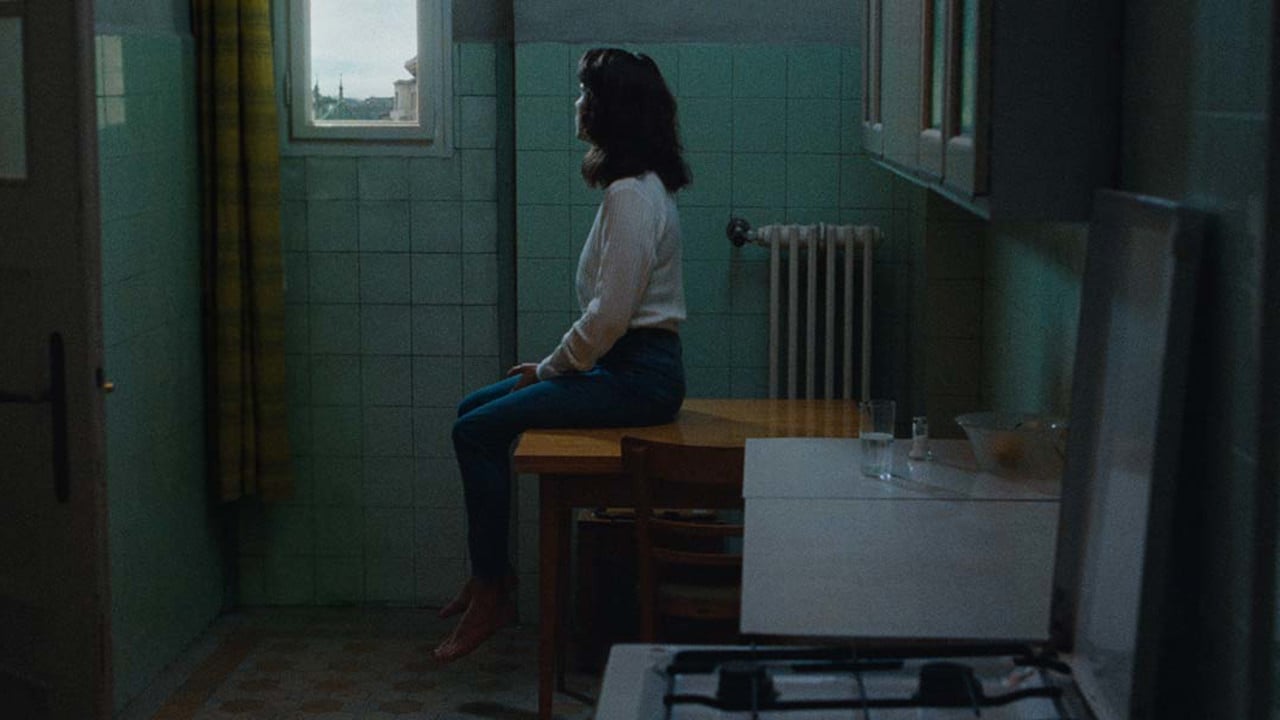 Writer-director Lili Horvát’s Preparations to be Together for an Unknown Period of Time begins with Márta (Natasa Stork), one month after meeting fellow Hungarian neurosurgeon János (Viktor Bodó) at an oncology conference in New Jersey, traveling to Budapest to meet up with him at the Liberty Bridge for a secret rendezvous. But János doesn’t show, and because they never exchanged numbers, she tracks him down at the hospital where he works. He claims that he doesn’t know who she is, and after Márta gets a job at the same hospital and Horvát winds up unexpectedly in her operating room, Horvát invites us to ponder if this is actually their first intimate encounter. The extent, and even the veracity, of their original rendezvous remains unclear, like most everything else in the film, which is refreshingly more interested in marinating in mood and existential angst than in storytelling.

Throughout Preparations, Horvát makes room for the slow temporalities of subjective experience writ large, and feminine subjective experience in particular. This is a film that’s less about what a character wants and more about how she feels—one shaped and re-shaped by Márta’s psychic particularities. It delights in wallowing in ambiguity, contradiction, and doubt, even when our protagonist is in therapy giving voice to her uncertainties.

Feminine feelings in Preparations are far from the hysteric yearning and melodramatic desperation that a more conventional filmmaking stance may have granted them. Horvát’s film recalls Christian Petzold’s Undine, where the eponymous character’s cold approach to love, in a world that exudes a retrograde boy’s club atmosphere, also keeps her from becoming an object of sympathy. This feminine froideur places “woman” in the dimension of unpredictable agency: What might she do next in order to grab hold of her object of desire for good? We’re never quite sure, because the woman here is a person, not a function.

Mercifully, Horvát is more comfortable with the nuances of what might constitute agency in this context, avoiding the obvious acts of mad love, from murderous threats to suicide, that dot Petzold’s film. That means that Martá’s “obsession” plays itself out less through speech (the dialogue here is deliciously sparse) or tantrums and more through gazing. She repeatedly looks at photographs from the New Jersey conference, as if trying to will the object of her affection into them. She follows János in a taxi cab just to watch him, at times seeming to engage in a sort of mimetic game with him, or his apparition, where they imitate each other’s walking on opposite sides of a sidewalk until he disappears into the ether.

One sequence, during which Márta attends János’s book launch just to hear him speak, perfectly captures the ethos of Horvát’s film. We’re told that the book, on neuroscience, will inhabit literature shelves in America, before János goes on to describe something as rooted in tangible objects and visible actions as brain surgery in the most poetic of ways. During the Q&A session, he even uses metaphor to explain to the audience the hard decisions involved during brain surgery. An artery might need to be sacrificed so that the frontal lobe can be saved. “The brain is like a city, with various neighborhoods,” János says. “By blowing up an ugly hotel, I save a castle.” When he looks at Márta, it’s almost as if he’s confessing something.

Horvát’s most unequivocal commitment to the cinematic contributions that a feminine gaze may yield lies in the way the madness inherent to remembering and loving from a feminine position don’t amount to a pathologizable character state. As a neurosurgeon, it’s Márta who gets to decide what counts as pathological. Even when she’s in the position of patient during her therapy sessions, she feels compelled to be the author of her diagnosis. Unrequited love occupies Márta, even consumes her, but it never disables her at any point. She exposes her male colleagues’ lack of excellence and remains unflappable in her capacity to operate, even when János unexpectedly walks into the operating room. When the camera focuses on her face, it isn’t to reveal evidence of her suffering, only her incredible resilience.