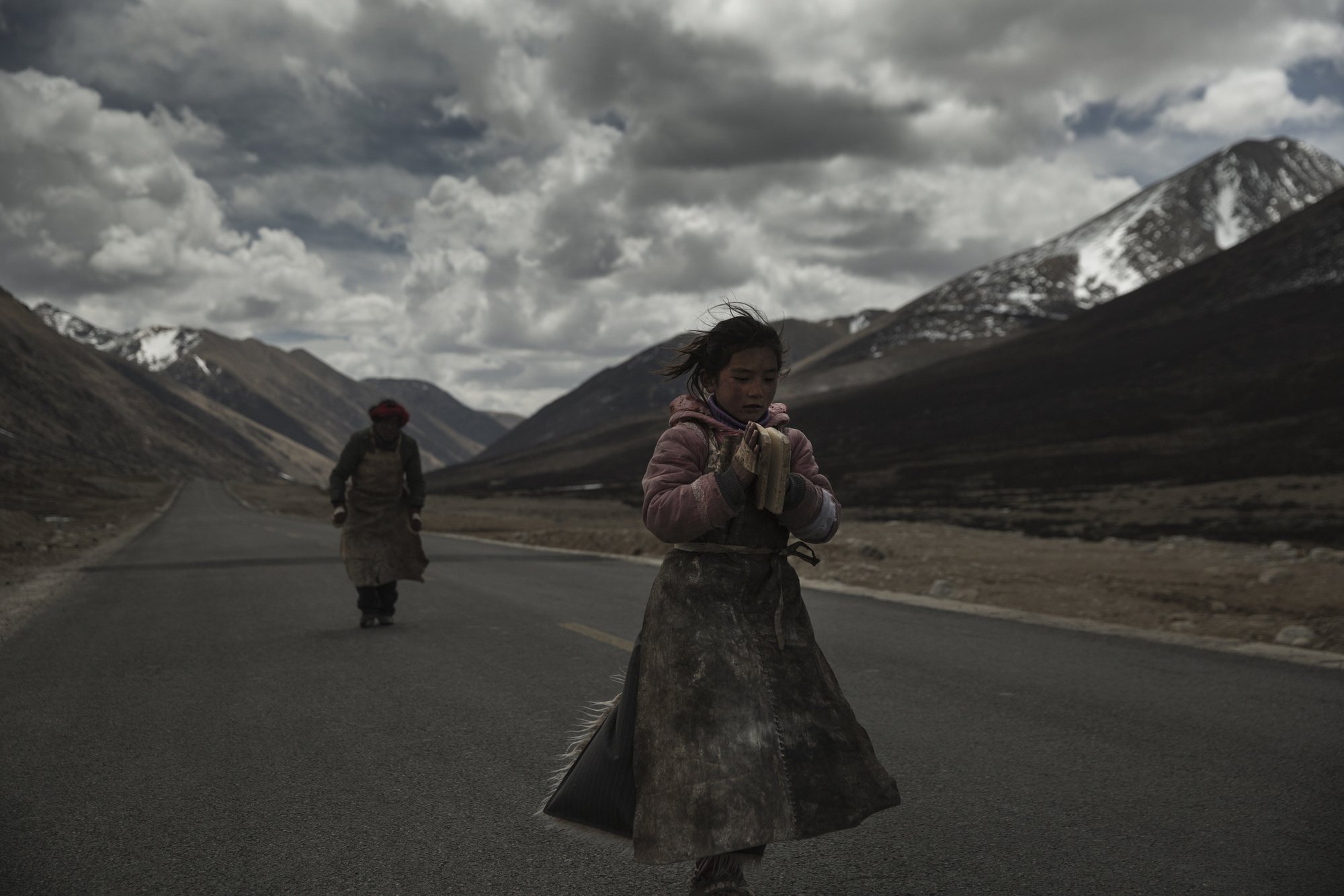 Though Paths of the Soul chronicles a 1,200-kilometer pilgrimage from a tiny village in Tibet to the Tibetan Autonomous Region’s holy capital of Lhasa, the film is in no hurry, maintaining the deliberate tempo of the small band making this voyage by foot along treacherous mountain roads. And while each pilgrim is eager to reach their sacred destination, the long walk itself assumes equal importance, illuminated by the way in which the terms of the pilgrimage dictate how these travelers “kowtow” along the physically punishing route. Kowtowing consists of pilgrims fastening wooden blocks to his or her hands, which they clop together in prayer, before prostrating themselves on the road, hands held up over their heads, bowing to Buddha, and then rising to their feet and repeating the process after eight or nine steps.

Zhang Yang renders this in the manner of an observational documentary, hanging back with his camera to capture the group in wide frames and long takes. And while these spacious pictures provide ample opportunity to drink in the looming alpine panoramas, it’s the repeat pattern or prayer that becomes paramount. Yang achieves an astonishing immediacy by simply allowing the prostration process to play out over and over with minimal aesthetic interference. The film forgoes a musical score, allowing the recurring sound of those small connecting wooden planks to become peacefully trance-inducing, its rhythms soothing to the soul. Yang never makes clear how much time passes during the course of the pilgrimage, and that’s a crucial part of the film’s effect: rendering hours and minutes and days immaterial and simply drawing us into each and every moment. There’s a brief sequence when one member of the group pauses in the midst of prostration to simply watch a bug crawl across the road. It’s evocative of Paths of the Soul itself, where even the most minuscule moments are treated with unadorned reverence.

Though the occasional crises occurs throughout he pilgrimage, such as the breakdown of the tractor hauling the cart with the group’s supplies, each one is met head on by the group with a winning imperviousness. Paths of the Soul isn’t about these people overcoming conflict, but finding and maintaining inner peace. Everyone might have an established motive for making the trek, whether it’s to ward off disease or repent sins, but the prime motives of each individual are beside the point. “A pilgrimage is to pray for others,” the group’s elder explains. Indeed, this is less of an individual’s journey than one of the collective, suggesting a society bound together by something greater than themselves. Watching them quietly express that unfailing faithfulness through the prism of Yang’s cinema transforms Paths of the Soul into a moving testament to a mutual devotion of spirituality.

Review: A Monster With a Thousand Heads