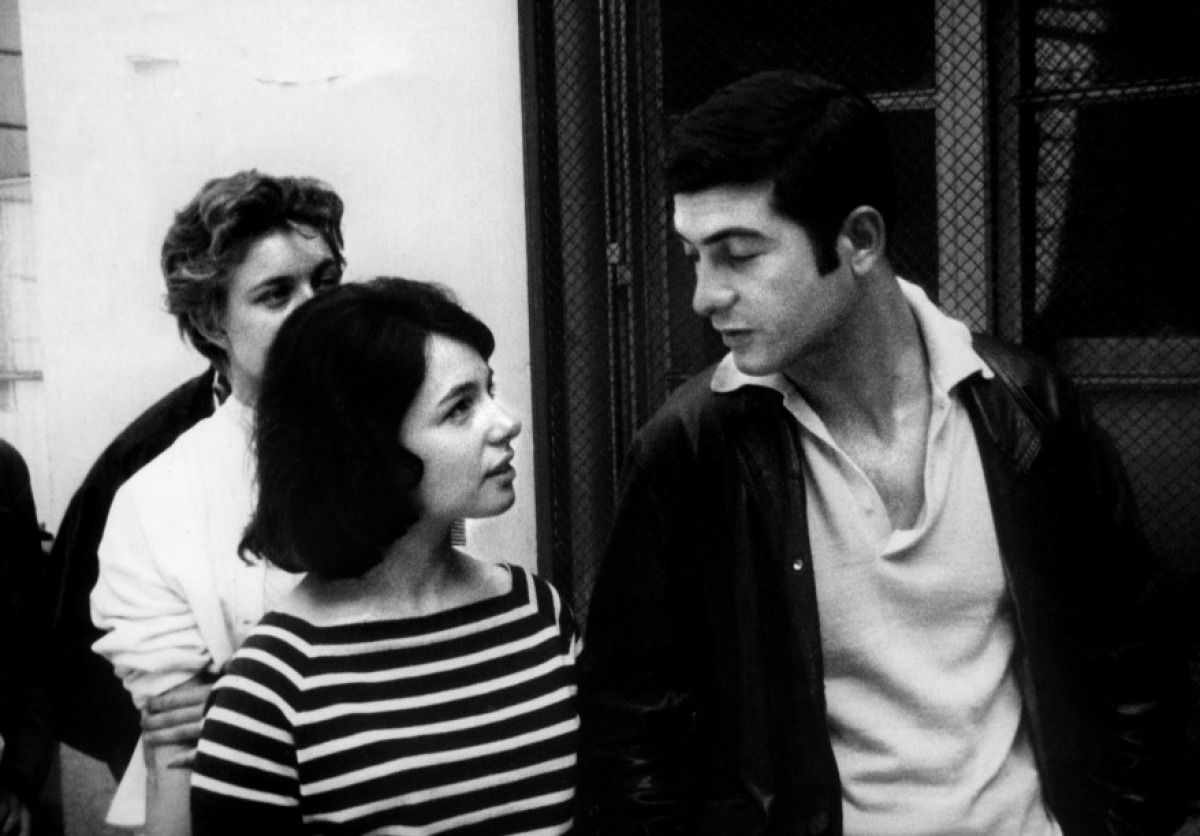 Jacques Rivette’s Paris Belongs to Us is technically the inaugural feature of the French New Wave, conceived in 1957 by the French filmmaker and his co-scenarist Jean Gruault, filmed in snippets from 1958 – 1960, and only released stateside several years after the one-two punch of François Truffaut’s The 400 Blows (which features footage from the unfinished film in one of its scenes) and Jean-Luc Godard’s Breathless. It’s a decidedly unfriendly and depressive concoction: a black-and-white travelogue through Paris’s bohemian underground, viewed primarily through the eyes of Anne Goupil (Betty Schneider), a fresh-faced student who finds herself enveloped in and practically destroyed by a powerful, though seemingly nonexistent conspiracy. Viewed at some remove from the countercultural forces that no doubt inspired its creation, Paris Belongs to Us plays exceedingly turgid in the moment, as its many characters orbit in and out of each others’ lives, spicing up their monotonous existence with make-believe complots that eventually lose their fictional luster, to the point that the real and the imagined become indistinguishable. The unexplained disappearance of a neighbor and the suicide of a musician (both actions tellingly happen off-screen) are the inciting incidents that propel Anne through Rivette’s Fibonacci-spiraled mise-en-scène (which incorporates, among other things, a play-within-production of William Shakespeare’s Pericles, a film club presentation of the Babel sequence from Fritz Lang’s Metropolis, and a hilariously lascivious sidewalk café cameo by Godard himself), though we never feel her paranoia so much as observe it at a distinct distance. More than anything, the film seems a hermetic time capsule from a lost world, with Anne acting as a microcosmic stand-in for the Nouvelle Vague’s own ideals and aspirations. Her desire and need to effect change, so strong at the film’s outset, is ultimately dulled and defeated by its end, fulfilling the ominous pronouncements of the opening credits epigraph credited to Charles Peguy: “Paris belongs to no one.” In this way, Rivette was perhaps more of a prognosticator than he realized, anticipating the downfall of the very movement he was involved in before it had effectively begun.

5 for the Day: Title Sequences