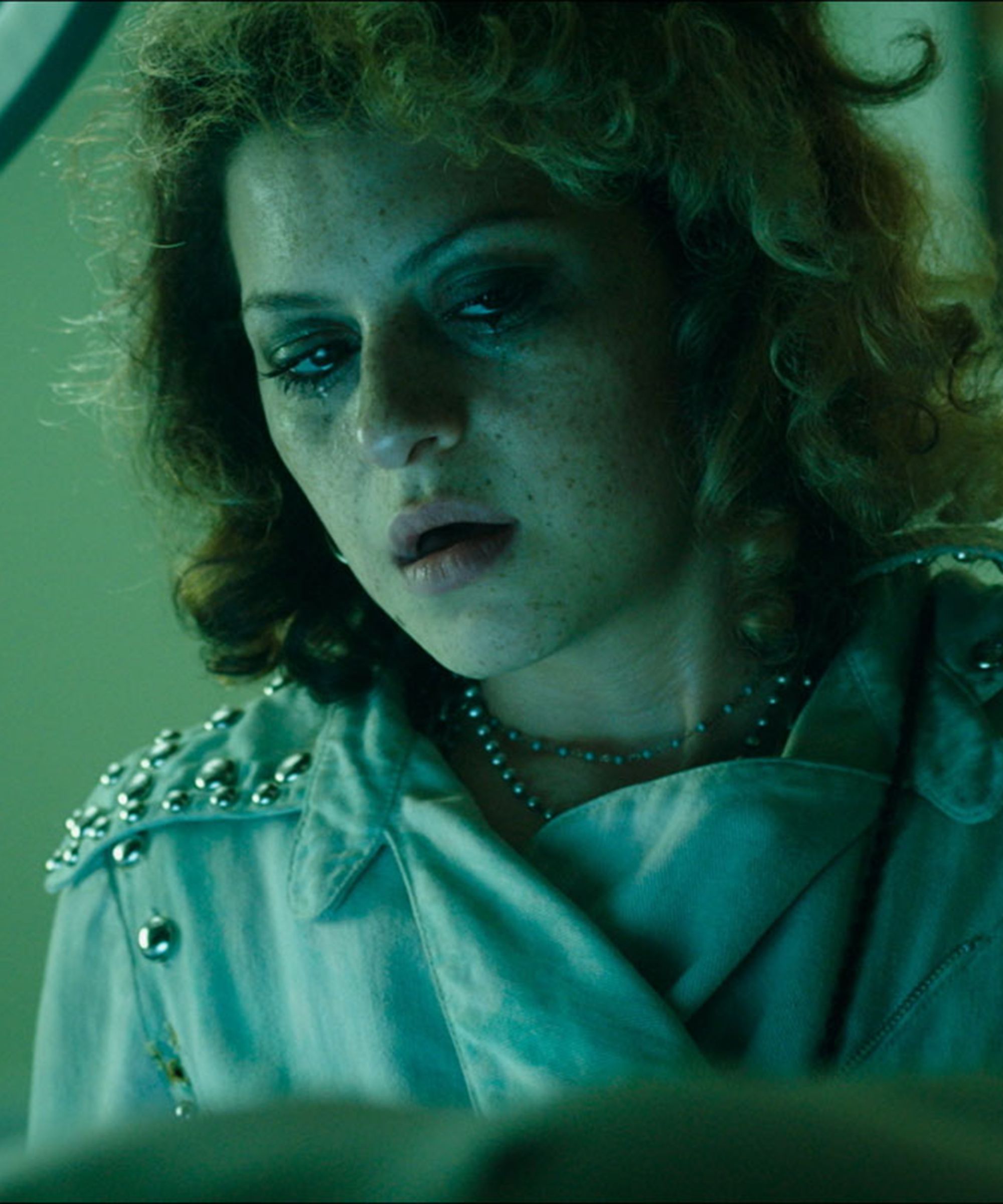 The sleek, exquisitely composed surfaces of Amber Tamblyn’s directorial debut, Paint It Black, suggest the hyper-stylized aesthetic of Park Chan-wook or Nicholas Winding Refn. But in place of the violent nihilism that often marks those directors’ work, Tamblyn tells a story of grief and loss that enriches her luscious visuals. Based on a 2006 novel by Janet Fitch, Paint It Black combines the brooding intensity of a slow-burn thriller with the high-flown ornamentation of a gothic melodrama. The result is an unusually enchanting film about grief, one that visually evokes its characters’ raw emotions while maintaining an aestheticized distance from their wrenching despair.

Capturing the emotional fallout from the suicide of a young man, Michael (Rhys Wakefield, glimpsed only in flashbacks), the film centers on the inimical relationship between his girlfriend, Josie (Alia Shawkat), and his mother, Meredith (Janet McTeer). The two are a study in contrasts, Josie’s tattoos-and-ripped-fishnets punk style clashing sharply with Meredith’s prim and proper upper-crust elegance. Meredith, a severe, unhappy woman who lives in a shadowy mansion filled with ornate furniture and taxidermied polar bears, blames Josie for Michael’s suicide. Unhinged and impetuous, she physically attacks her at Michael’s funeral and even threatens to have her murdered. But the two eventually form a twisted sort of truce, with Josie coming to live at Meredith’s house in an arrangement that has shades of the psychosexual relationship between Joe Gillis and Norma Desmond in Sunset Boulevard.

The film’s screenplay, co-written by Tamblyn and Ed Dougherty, takes some wild turns, but Tamblyn delicately underplays its most shocking revelations, striking a tricky balance between authentic emotion and pulpy melodramatics. Despite a few narrative issues, including an odd, over-weighted front end and a denouement that feels like an afterthought, Paint It Black is never less than captivating. Tamblyn at times risks overshadowing her story with her directorial curlicues (musical montages, double-exposure effects, Argento-esque lighting schemes), a tendency she seems to acknowledge by having Josie star in a low-budget art film described by its director as “Antonioni meets Buñuel.” This film-within-the-film gives Tamblyn the chance to play with different textures and tricks, to blur the line between reality and fiction, and all while simultaneously satirizing such aesthetic overindulgence.

If Tamblyn’s more overt stylistic adornments threaten to overtake the film with music video-style abstraction, she knows when to pull back, consistently grounding the film in a recognizable psychological reality, for which she’s greatly assisted by Shawkat’s fine-tuned performance. Tamblyn’s visuals are consistently intoxicating, but in the end, it’s her meticulous attention to Shawkat’s face which truly elevates the film: The actress’s freckled, doe-eyed visage always betrays Josie’s deepest emotions and reminds us that, beneath its glossy surface, this is a film about a woman dealing with enormous pain.