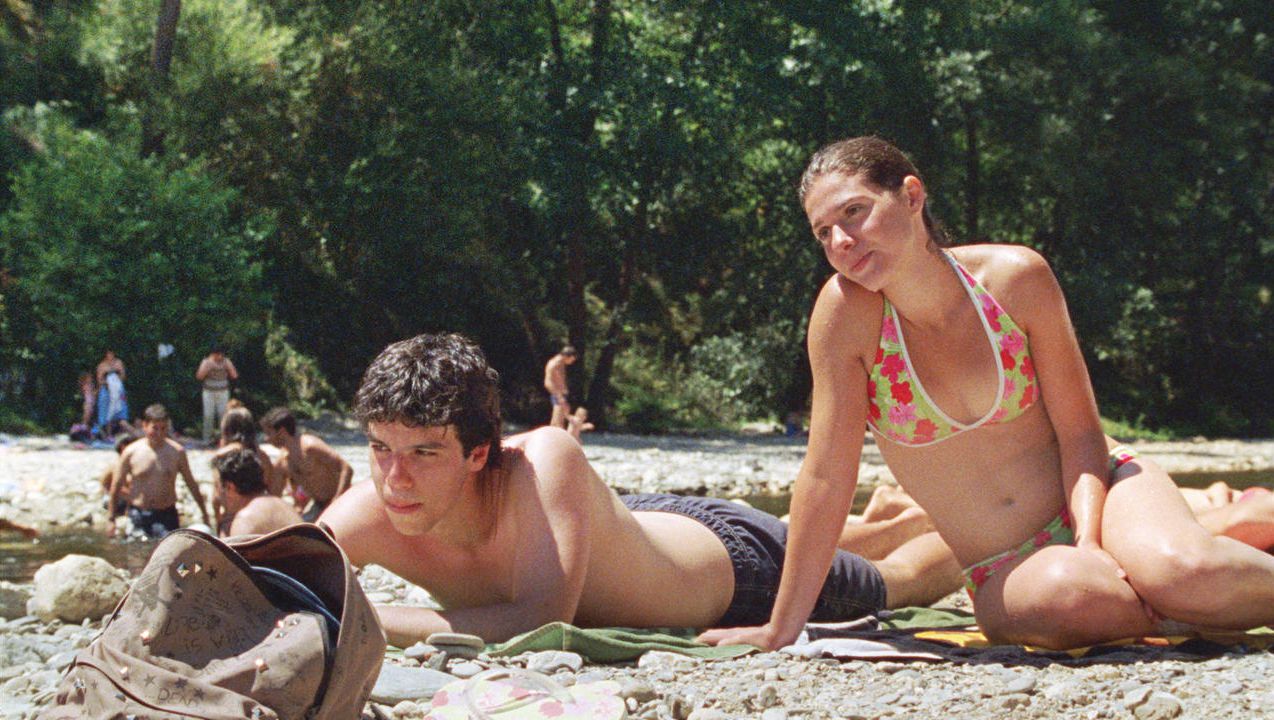 Filmmakers of all genres and formats can be predatory in nature, stalking their prey with camera movement and framing, cornering them with sound design, and finally devouring their subjective existence through the editing process. These cinematic hunting expeditions unearth an artist’s stylistic and thematic motives, defining the specific relationship between subject and subtext curling up inside each cinematic experience. This mentality becomes an animal signifier in the opening sequence of director Miguel Gomes’s problematic but fascinating documentary/fiction mosaic Our Beloved Month of August, where a keen fox deliberately paces outside a chicken coop sizing up his helpless clucking victims. This image clearly establishes the motif of a powerful outsider attempting to circumvent years of history and mythology in order to breach the vulnerable castle walls, or just an analogy for a sly director hunting fresh inspiration.

As an evolving piece of regional cinema, Our Beloved Month of August takes on a singular rhythm from the very beginning. Gomes alternates what appears to be documentary footage focusing on a Portuguese mountain town named Arganil in full summer swing, cutting between local musical groups performing for small crowds, a procession of motorcycle clubs bedding down in a dirt valley, and the Patron Saint Festival wrapping a long line of worshippers down hillside city corridor. This nonfiction skeleton grows meta connective tissue, as the filmmakers intertwine production meetings and casting calls for a fictional film the crew is supposed to shoot. But the beating heart of the first hour becomes the haunting interviews with local citizens up for acting roles in the film. During these frank conversations, oral histories, local legends, and personal memories coagulate into a stranger-than-fiction stew of excitement and regret, comedy and tragedy. As a culmination of his shoot from the hip style of nonfiction hybridization, Gomes tells his pushy producer, “I don’t want actors, I want people.” It seems authenticity is the key to unlocking the hen house gate.

Eventually, after this whirlwind first hour of half-truths and hazy remembrances, Our Beloved Month of August and its film crew get down to business. Gomes casts many of the key subjects of the documentary side to populate his melodramatic tale of Tania (Sonia Bandiera) and Helder (Fabio Oliveira), two cousins who play together in a band and invariably fall in love, despite the pressure from their respective fathers. Gomes overlaps hidden family traumas and stories, inspiring narrative events from actual occurrences, and descends into a strange, focused examination of young love and sacrifice down the stretch. Strangely enough, the people we were introduced to early on have become full fledged characters in the fictionalized half, making the film one complex and challenging work to digest.

Aside from the shift in plot structure, aesthetic choices also begin to morph. The long tracking shots of the first half combing the forestry mountainsides and rivers become static setups of young lovers tip-toeing around their feelings in cramped interiors. Gomes uses the various bands playing at local festivals as a key audible motif, giving the film a stunning soundtrack to balance out the confounding narrative structure. Above all things, the filmmaking crew themselves keep popping up in random moments that break the fourth wall, most hilariously when a long shot of a band supposedly playing in the narrative reveals two camera operators dancing to the music in the corner of the frame. Moments like this show Gomes as a playfully astute tracker of cinematic movement and sound, subverting expectations at every turn.

If Our Beloved Month of August comes across as too improvisational and hazy it’s because you get the feeling Gomes found more interest in the brilliantly heightened state of the actual people rather than the characters they wanted to create. This approach opens the film and environment up for much consideration and appreciation. The woods outside of Arganil take on a majestic quality, as do the quiet but persistent rivers the characters so often use to escape the mounting heat. Both the nonfiction and fiction sides of this poetic postcard evoke a languishing tonal charm, where the currents of summer celebration simmer at their peak before the onset of seasonal change. Gomes contemplates the many human dimensions wavering under the surface of this town, whether it’s the mythologies crowding a town’s gossip session or the tall tales flooding rants at a local bar. This is a collective voice of character rather than a dry document of reality. Aptly, when an instinctual sound designer defends his choice to “record the sounds that aren’t really there,” we get the feeling he’s also become consumed by the music these mountains produce, a once hungered fox hypnotized by the possibility of something beyond the chicken coop.