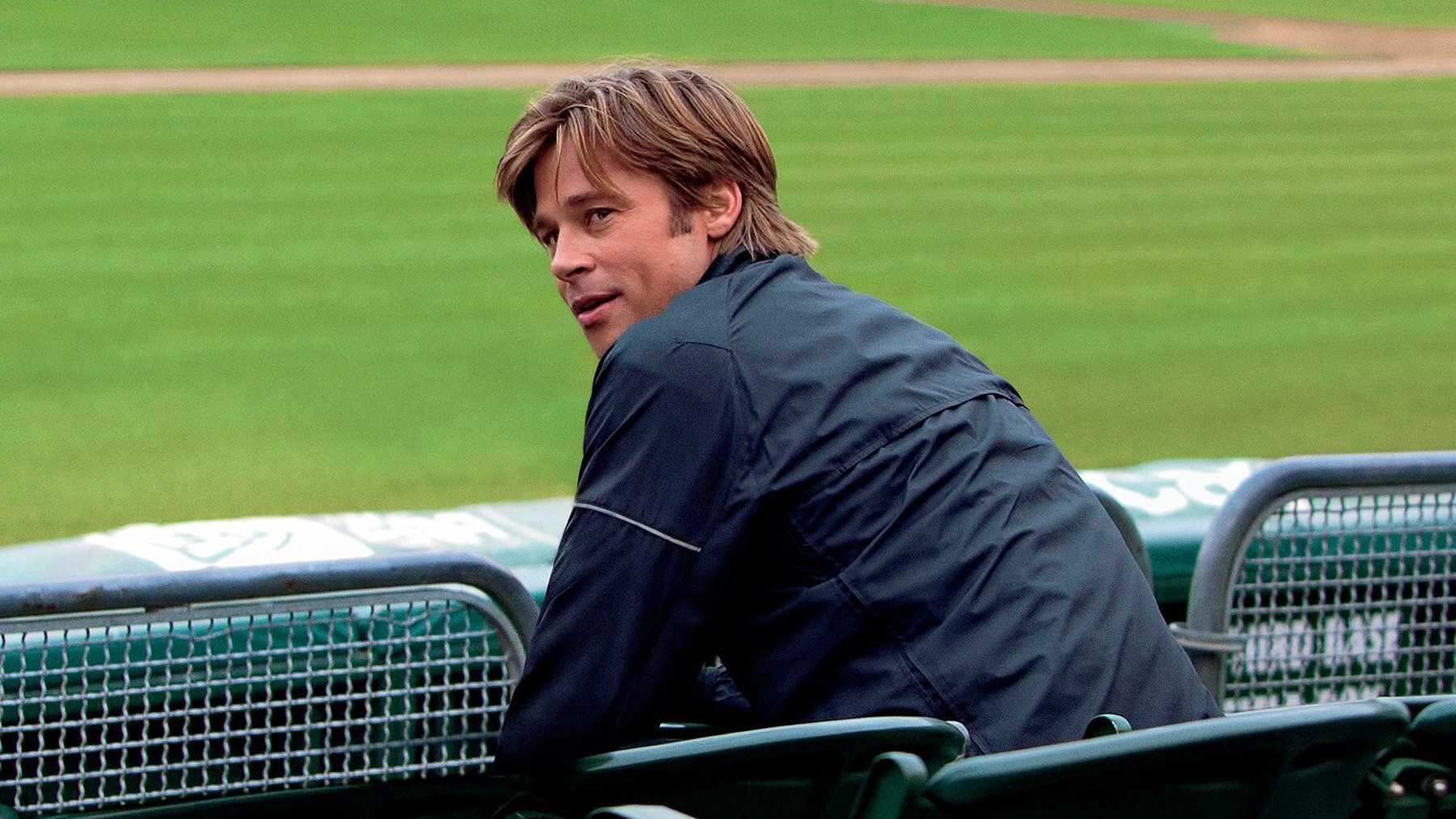 If ever there were a Brad Pitt performance worthy of awards talk, surely it’s the actor’s turn in the unexpectedly sophisticated Moneyball, a film that, among other things, boasts a gratifying display of movie-star maturation. Unaided by his legendary torso, or age makeup from a crackerjack team of digital artists (who, let’s face it, were the true recipients of that 2008 nomination), Pitt settles oh-so-comfortably into the gently weathered skin of Billy Beane, the Oakland A’s general manager who led a pack of undervalued nobodies to almost-victory in the team’s 2002 season. An overhyped star player turned bemused industry vet, Beane undoubtedly resonated with Pitt, who, unsurprisingly, holds a producing credit here, and fought through the film’s multiple rewrites and director swaps. It’s anyone’s guess whether or not the character identification was more influential than, say, the humility of fatherhood or the at-long-last release from the shackles of heartthrobdom, but on screen, Pitt has never been more enjoyable or interesting to watch, those oft-accentuated, around-the-eye wrinkles emblematic of the rich nuances that have long been lacking in his work.

None of this is likely to go unnoticed by Academy voters, who aren’t exactly shying away from an excuse to give Pitt another shot at a statuette. For many more reasons, Pitt could very easily be your 2011 Best Actor winner, an outcome that would essentially tack a Hollywood ending onto a movie that, graciously, doesn’t have one. Beane is a beat-the-system, Brockovich type who, ironically enough, has always been attractive to the Academy, an establishment in itself. Bound by a meager budget, he champions a method of finding untapped worth in those who’ve been cast aside, a theme that couldn’t be more relevant if the film were called Occupy Oakland. And though it has little at all to do with how one responds to the character, it certainly doesn’t hurt that Pitt’s playing a real person.

If anyone else in the cast were to ride on Pitt’s coattails, the top candidate, unfortunately, seems to be Jonah Hill, who’s already enlisted a trainer and a nutritionist to help him along the campaign trail. Hill was a relatively inspired choice to play Peter Brand, the fictional version of the number-cruncher who introduced Beane to the novel practice of stat-driven scouting, but were the newly-downsized comic to get a serious shot at Best Supporting Actor, it’d be Mila Kunis all over again—a largely likable household name getting a shower of overemphatic kudos for basically keeping a straight face (and scoring a few laughs) while staying out of the lead star’s light. A shrewder move would be giving a nod to Ken Medlock, a former baseball player and manager who stars as scouting director Grady Fuson, and in one fiery face-off with Pitt outshines Hill and even Philip Seymour Hoffman (who’s refreshingly understated, but not trophy-bound, as prickly A’s manager Art Howe).

The off-screen talents most likely to succeed are co-writers Steven Zaillian and Aaron Sorkin, two serious Screenwriting heavyweights, the latter of whom has a fresh, sure-to-be-beneficial win under his belt. Moneyball oozes Sorkinian chattiness, and that’s definitely one of its greatest virtues, its few good men not tossing balls on the field, but exchanging fascinating insights into the unseen guts of the sport. It’s one of the year’s better Hollywood screenplays, and satisfaction from fans of the popular book is sure to give it an added boost. Director Bennett Miller, on the other hand, while deftly elevating this movie to something within shouting distance of art, probably won’t be seeing a repeat of his surprise 2005 nom for Capote, for when Moneyball shines, it’s always as the result of the fine efforts of many, and never as the singular vision of one. Which, in addition to the priceless combo of critical acclaim and high box-office returns, could help edge it ever closer to a nomination for Best Picture. Without a probable shot at Director, it won’t crack the implied top five, but it’s just the sort of movie that validates the widened field, even if that field’s number of contenders is no longer certain. Moneyball is that rare, sharp, crowd-pleasing performance vehicle without the guilt, a film that would justly earn its place in a lineup. Which is to say, unlike The Blind Side, it’s no bench-filler.