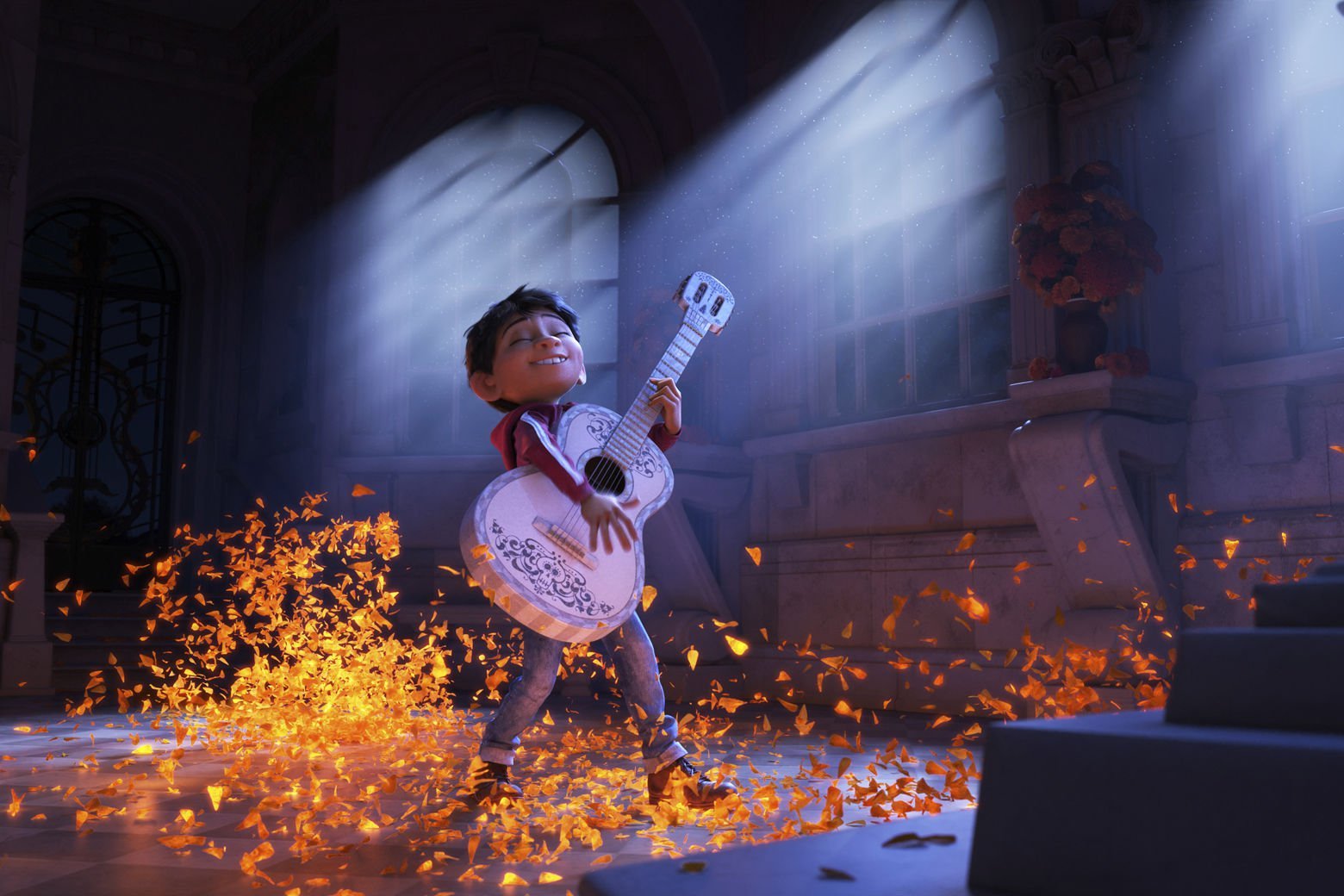 Sufjan Stevens’s nomination for Call Me by Your Name scratches an emo itch that this category hasn’t truly felt since Elliott Smith’s Good Will Hunting ballad “Miss Misery” was nominated two decades ago. Though some felt that Stevens’s tunes were a mismatch to the surrounding soundtrack’s volley between Maurice Ravel and the Psychedelic Furs, the meek “Mystery of Love” is the best song in the lineup both in and out of context, charting the impatient but hesitant undercurrent of the film’s romantic leads, at the same time as it approximates their shared, vaguely pretentious cultural interests. In 1998, Smith found himself hopelessly drowned out on all sides by power pop (the eventual winner, James Horner’s anthemic “My Heart Will Go On”) and cartoon showtunes. The more things change…

Actually, that’s only partially true, as there’s only one flamboyant pop showtune nominated this year. And while the Golden Globes certainly felt like a victory lap was in order for last year’s winners when they gave their prize to The Greatest Showman’s “This Is Me,” Benj Pasek and Justin Paul’s attempt at three-ring uplift sounds to us more like an Auto-Tuned glee-club version of “Gooble Gobble, One of Us.” In other words, intriguingly out of fashion.

Speaking of what’s in vogue, what Alan Menken and Stephen Schwartz were to the ‘90s, uplifting social-justice dirges have become during the current decade. Mudbound’s “Mighty River” and Marshall’s “Stand Up for Something” both march firmly on the path blazed by Selma’s “Glory.” Diane Warren’s “Stand Up for Something” sounds bloodlessly engineered to be an Oscar winner, which is no surprise given that the lyrics never bother to identify what the “something” one should be standing for actually is, suggesting that matters less than feeling good about yourself. “Mighty River,” on the other hand, double-underlines its intentions with couplets like, “Our blood is red, we’re not so different/’Cause underneath our skin we’re identical.” It’s attached to a film Oscar voters were clearly enthusiastic about, if not enough to break into the ranks of best picture. And as tempting as it might be to predict that Mary J. Blige, one of the song’s credited writers, will pick up a consolation prize for the supporting actress award that she’s almost surely going to lose, we’re compelled to invoke the Mickey Rourke clause here. In other words, do Academy voters truly feel they owe Blige something?

It seems inevitable that Kristen Anderson-Lopez and Robert Lopez’s “Remember Me,” while nothing resembling the powerhouse that Frozen’s “Let It Go” was, will take the prize. As much a slap in the face of the current administration’s white supremacy as every single lyric of “Mighty River” is, underneath Coco’s deceptively cute and catchy folk melodies are lyrics that could just as easily be transcriptions of the tearful airport scenes peppering the nightly news ever since Trump took office. And half are sung in Spanish.

Will Win: “Remember Me,” Coco

Should Win: “Mystery of Love,” Call Me By Your Name