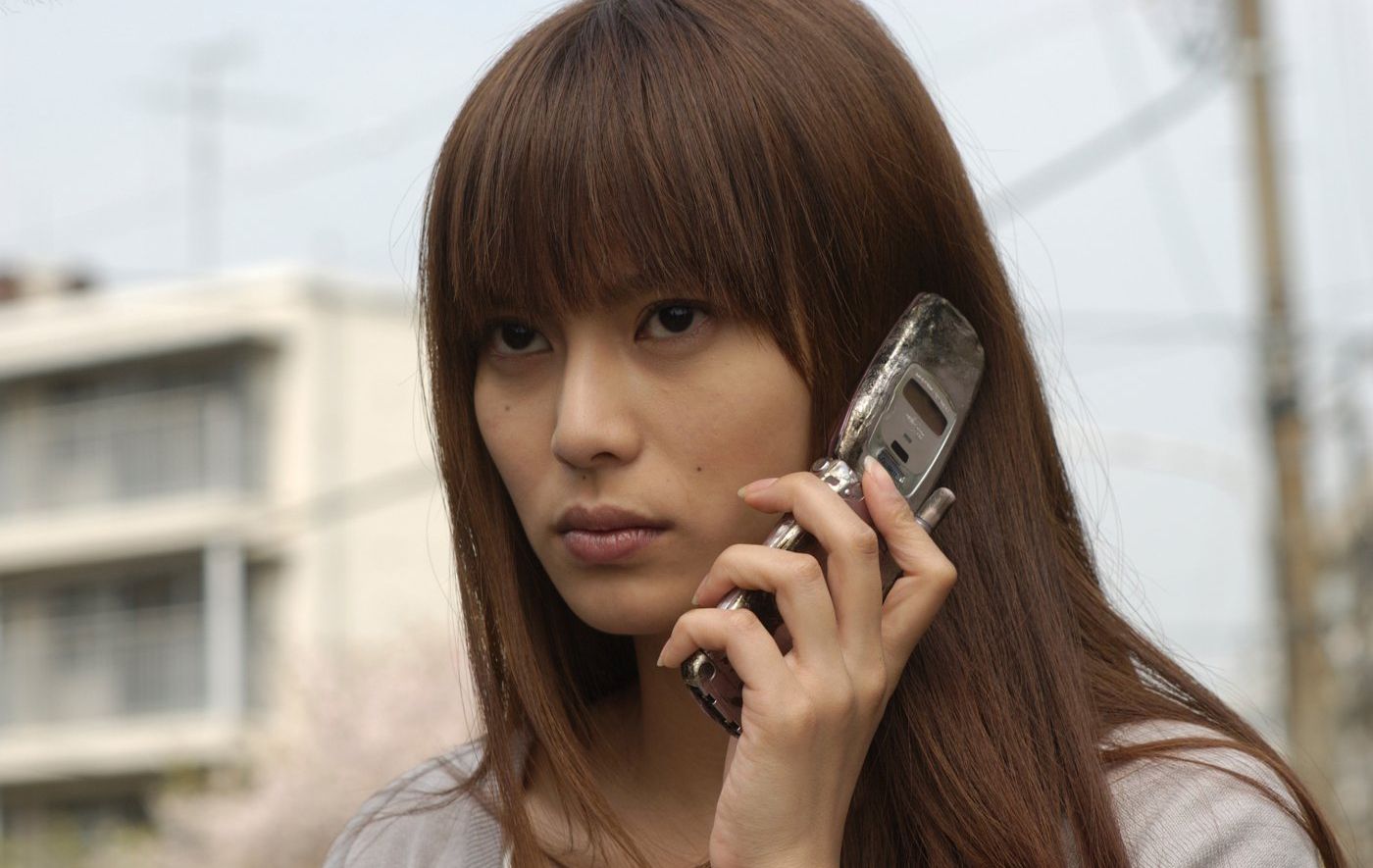 With One Missed Call, Miike Takeshi takes a break from the unique and inventive. The film is a mainstream J-horror flick that dutifully regurgitates the apparitions, aesthetic, and themes of its genre predecessors Ringu and Ju-On: The Grudge.

Yumi’s (Kou Shibasaki) friends begin receiving creepy cellphone messages from themselves dated three days in the future, and exactly three days later, they wind up speaking the very same words heard in their voicemails before mysteriously perishing. Yumi and her friends initially dismiss these calls as the handiwork of prank callers (perhaps Japanese Jerky Boys fans?), but soon discover that the perpetrator is actually a furious female phantom with long, black seaweed hair with a habit of sticking red candies in her victims’ mouths.

Because her murderous rampage is ultimately linked to child abuse, the film stands as a ghoulish treatise on the notion that, as one psychology student says, “Abuse spawns more abuse.” And a scene in which one of the impending victims appears on a reality TV show that wants to broadcast her death (after, that is, a group of cartoonish paranormal experts perform an exorcism) is the director’s satirical jab at the ratings-hungry media’s exploitation of death.

Japanese horror films thrive on their willingness to embrace irrationality. But Miike—who crafts one good scare out of an extended close-up of a torn photograph, but otherwise seems creatively stunted by this rote ghost story—continuously attempts to define his specter in the most frustratingly banal terms (such as through a discussion of “Munchausen syndrome by proxy,” which is when someone makes a healthy person sick and then nurses them back to health, thus receiving praise for being caring and altruistic).

Even with such excessive exposition, however, One Missed Call, based on Yasushi Akimoto’s book, inexplicably fails to explain why cellphones are the evil spirit’s vehicle of choice for spreading fear and spilling blood. Miike’s myriad shots of a crowded urban square populated by cellphone users hint at the frightening possibilities of a culture dependent on machines. But considering the recent influx of J-horror films fascinated by technological terror, the film’s preoccupation with the perils of hi-tech progress is about as cutting-edge as a Colecovision.

Review: A Hole in My Heart