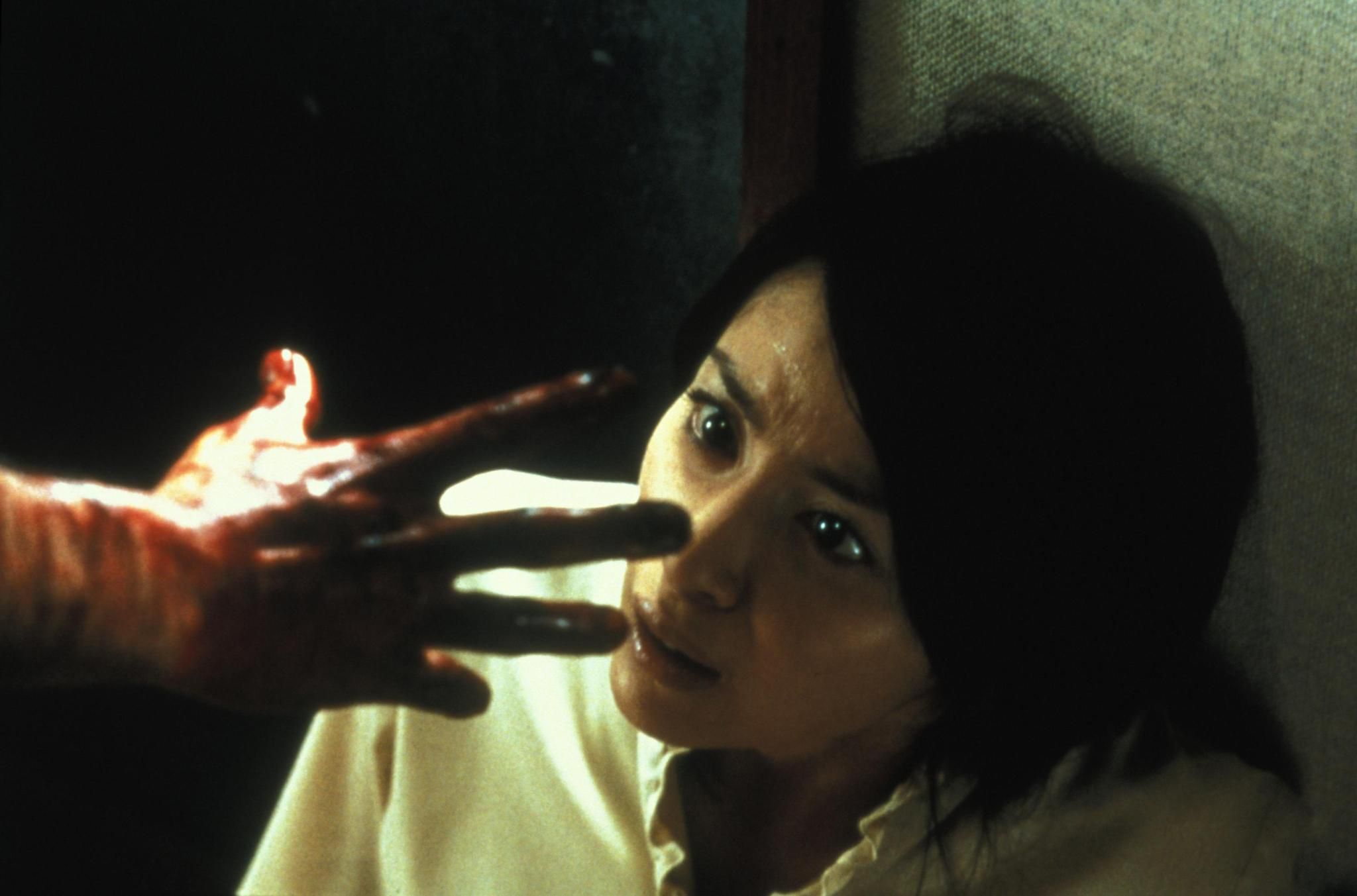 Shimizu Takashi’s popular but unnecessarily prolonged Ju-on franchise began as a low-budget TV movie revolving around the murder of a young woman by her cheating husband and the strange happenings that take place in their home thereafter. The poorly received Ju-on 2 chronicled the events leading up to the first episode while the considerably more popular but equally redundant Ju-on: The Grudge observes what happens when the ghostly pestilence enters the community after a volunteer social worker, Rika (Megumi Okina), is sent to the home to look into the situation.

It’s there that Rika encounters a frazzled granny, a black cat, and a little boy whose more-funny-than-scary comings and goings are woefully anticipated by loud noises on the soundtrack. The film has its moments, such as the Exorcist-biting bit of a ghost with a frightening guttural howl making her way down stairways like a spider and the stylization that mirrors a showering Rika’s feeling that more than her own hands are washing her hair (which is much subtler than the screeching noises that accompany everyone’s headaches).

The story’s fractured timeline, though, is more unsettling than any of the film’s hoary Ringu-style attempts to scare its audience. But to Shimzu’s credit, his no-frills direction is refreshing in its unpretentiousness. At his best, he summons a strange disconnect between a father and a daughter when they stare at each other from different moments in time. He also means to liken the deaths in the film to a pestilence, a point that will be stressed—no doubt strenuously—in his American remake of the film starring Sarah Michelle Gellar and Clea DuVall.

The film’s final shot is certainly evocative of this, but while countless Japanese storytellers, historians, and directors have used ghost stories and supernatural folk tales to offer a glimpse of the problems that plague their ever-evolving country, the ghostly grudges of Shimizu’s films have little to say about Japan’s contemporary culture. One could say Shimizu begrudges historical perspective in favor of pandering to a hip audience’s short-attention spans.

Review: The Story of the Weeping Camel