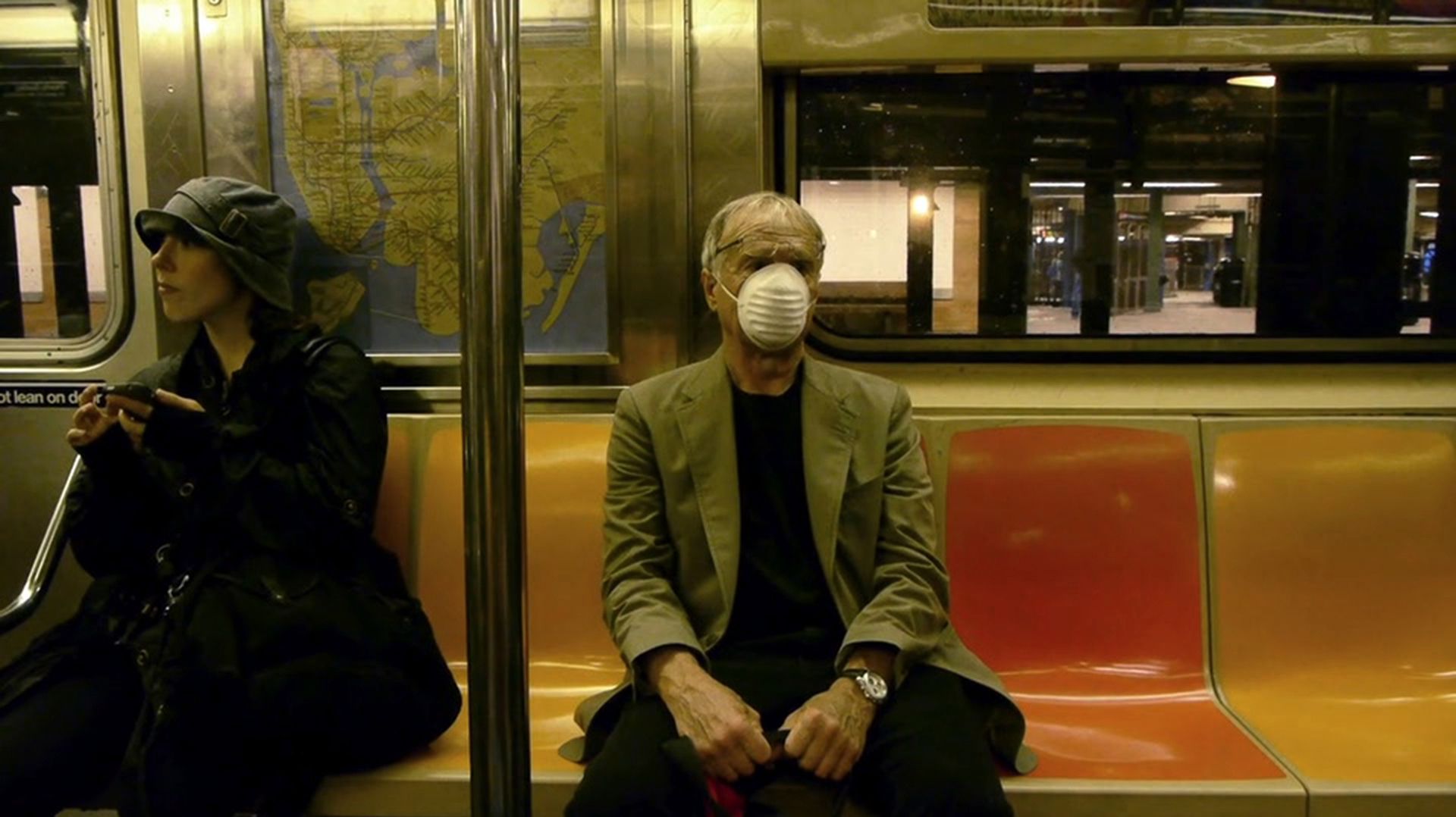 Having been diagnosed with myelodysplastic syndrome (MDS), a deadly bone marrow disease, renowned documentarian Ed Pincus set out to make one last film chronicling his final years as his illness slowly worsened. Co-directed by Pincus’s frequent collaborator and sometime muse, Lucia Small, the unmistakably poignant One Cut, One Life follows Pincus as he spends whatever remaining time he has left with his family, as the various visits to doctors grow increasingly hopeless in their outlook. Pondering Pincus’s legacy in documentary filmmaking, the doc emerges not so much as a glimpse into the mind of a dying artist than as a factual drama on how loved ones are impacted by an individual’s death.

The film opens on Pincus, surgical mask covering his face to the point where he’s unrecognizable, amid other passengers on a New York subway; immediately, the influential artist is presented as just another average joe, which is indicative of the film’s shrewd and consistent avoidance of hagiography. But this quiet moment, in which Pincus immediately garners our sympathy due to his ailing body’s sensitivity to crowds, gives no hint at how deeply intimate and personal the documentary will be, even so far as compromising the compassion we feel for the man. The film, told from both Pincus and Small’s points of view, progresses as a totem to the filmmakers’ passionate yet unconsummated personal relationship, which seems to constantly threaten Pincus’s marriage to his wife, Jane.

In spite of how ambiguously Pincus articulates his feelings for his wife in his on-screen appearances, he and Small remain attuned to her mindset during the difficult time period documented in the film. Not only is Jane, as depicted in interviews and observational moments inside doctors’ offices, riddled with anxiety over losing her husband, she also grapples with Small potentially stealing her husband’s affection during his final months. Small, who’s prone to speaking in pointed metaphors, is reluctant to dwell on her own life and feelings, thus rendering her side trivial compared with the Pincuses’ emotional nakedness, but this can be understood as a show of empathy and tact. One Cut, One Life is ultimately less about Pincus’s slow march toward death than Jane’s own struggle—articulated with agonizing insight and honesty—to prepare herself for a world without him.