Weeks after catching Secret Sunshine at the New York Film Festival, I’m still at a loss for something original to say about it. Many have already reviewed the film at Cannes and Toronto, returning roughly the same verdict: This flick takes a chain gun to the old maxim, if the actor cries, the audience does not.

In Secret Sunshine, Jeon Do-yeon cries and cries and cries. And cries and cries. Sometimes, she’s hunched over, back turned to us. At other times, her tears and snot might as well be dripping on our chest. She retches, faints, hyperventilates, stammers, moans as if mortally wounded, screams. It’s an ordeal. Writer-director Lee Chang-dong (working from Yi Chong-jun’s novel) makes us feel as if we’re going through all the stages of grief in real time.

Shin-ae (Jeon), a young Seoul widow, moves with her son Jun (Seon Jeong-yeo) to the place her husband always dreamed of settling in, his small, suburban hometown of Miryang. She hopes to get a fresh start while still honoring her husband’s memory. For him, Miryang was his “secret sunshine,” a hospitable place for a child to grow up. Shin-ae had abandoned a potentially brilliant career as a concert pianist by marrying very young. Now without a partner in her 30’s, she opens a children’s piano school. Her fresh start soon appears a bit stale: Miryang isn’t exactly the Korean Norman Rockwell haven her husband’s reminiscences etched in her mind. She comes across as many gossips, phonies and manipulative users (one played brilliantly by The Host’s Kang-ho Song) as one would find in the big city. Gentle, self-effacing Shin-ae has trouble asserting herself with these blustery folk. She also struggles to keep her reflexively sunny side up in the wake of so many losses (youth, husband, career).

Her facade of resilience is like a china vase with dozens of hairline cracks just waiting for one more fracture before collapsing into shards. The last crack in Secret Sunshine sends Shin-ae spiraling into grief, a desperate religious frenzy and, in the film’s central conflict, a war with the Christian God. Tragedy provokes her allegiance to the church; over time, God’s apparent indifference tears it. This premise may sound familiar to anyone who’s seen Michael Tolkin’s great The Rapture. In that film, a disaffected sexual swinger (Mimi Rogers), fell in love with God only to become his worst enemy after he allowed her husband’s violent death. Lee’s uninflected, long-take storytelling style is similar to Tolkin’s on The Rapture, but his protagonist enters her spiritual struggle only after the tragedy, whereas Tolkin’s took up with Christian fanatics out of a vague sense of malaise before distaster struck.

Through the pain, Secret Sunshine sustains interest because it observes her life before the inciting tragedy with just as much patient acuity as it does her downfall. The film is indeed a kind of secret sunshine in its first act, offering some quiet, embracing, jaunty realism. We get to share lovely moments between single mother and son that feel right and true. The sense that Lee is setting up a lamb for the slaughter doesn’t overpower the ease and generous spirit of this segment. A classroom full of little kids reciting a self-esteem boosting song is the film’s smile-enforcing height. There’s also an undercurrent of failure, compromise and loss that bears stranger and stranger fruit in the film’s midsection.

But not quite strange enough. Shin-ae’s tussle with God doesn’t escalate much higher beyond almost-seducing a good preacher, shoplifting small items and sabotaging the sound system at a revival meeting. Since Secret Sunshine feels sort of like an inverted The Rapture, it would have been interesting to see docile Shin-ae plunge even further into the decadence and heartlessness that the latter film started out with. While a glimpse at the ways a spiritual crisis can make a person self-destruct is fascinating, a look at how it can push someone to destroy blameless loved ones and bystanders might be revolutionary. 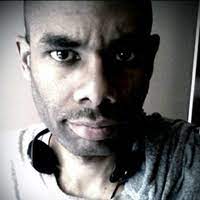